Our editorial line on Qatar (and any other subject) 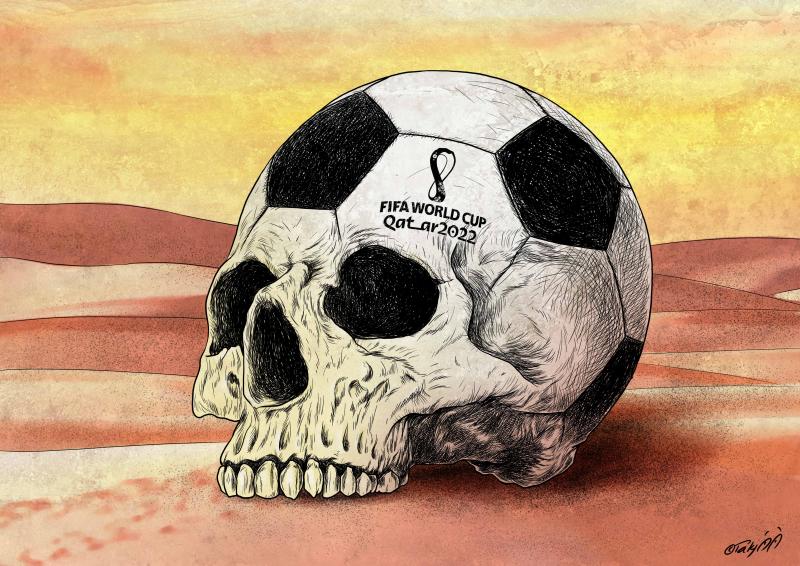 It's been another turbulent week at Cartoon Movement, at least if we look at our social media channels. As you'd expect, we've published a lot of cartoons about the World Cup in Qatar in recent days; we've also received a ton of comments on these cartoons, most of them negative. The basic argument of all these comments is the same: we, as a Western organization, are hypocritical for calling out Qatar on human rights when our past and present is full of human rights violations.

Although we do not have an editorial policy that's written in stone, this might be a good time to share some of our thoughts about the cartoons we publish, and what we do with the feedback we receive. For us, there are two major take-aways this week:

We already witnessed this issue earlier this year, with the many cartoons drawn about the invasion of Ukraine, and we are seeing the same argumentative trick employed again. Under any cartoon about Qatar, multiple comments will read something like this:
What about the killings in Palestine?
What about Europe's colonial past?
Etc.
Etc.

Most of the topics raised are valid, but the comments themselves aren't. Whataboutism is a cheap trick to divert attention away from the injustice the cartoon is dealing with. A cartoon can only deal with one subject at a time (mostly). It's only logical that we cartoonists are currently focused on Qatar and what's going on there. Over the past decade, Cartoon Movement has published cartoons on a wide array of issues, by a wide range of cartoonists from all over the world, including all of the ones raised in the social media comments. A simple site search or a look at are collections would prove this.

Not all arguments that point out hypocrisy are whataboutism. It can be very legitimate to point out a double standard, provided it doesn't try to condone the original injustice, or is only meant to draw attention away from said injustice.

Following the statement of the German team, we believe that human rights are not cultural or political, but fundamental. Some of the comments we've seen argue that guests should honor the rules set by Qatar (such the players not wearing the 'One Love' armband). We strongly disagree. Following this reasoning, no one could address the inhuman way Europe deals with migrants and refugees at any European event, or the many human rights abuses of the United States in decades of misguided foreign policy when the Olympics, World Cup or any other major event would take place there. It would severely limit the space of journalists, activists and cartoonists to raise awareness about subjects that need to be addressed, precisely when the world's focus is on the country in question.

Other comments argue that we should accept cultural differences. In our view, criminalizing same-sex relationships isn't a cultural difference. It's the oppression of part of the people living in Qatar. And if cartoons should do one thing, it is to fight against oppression. 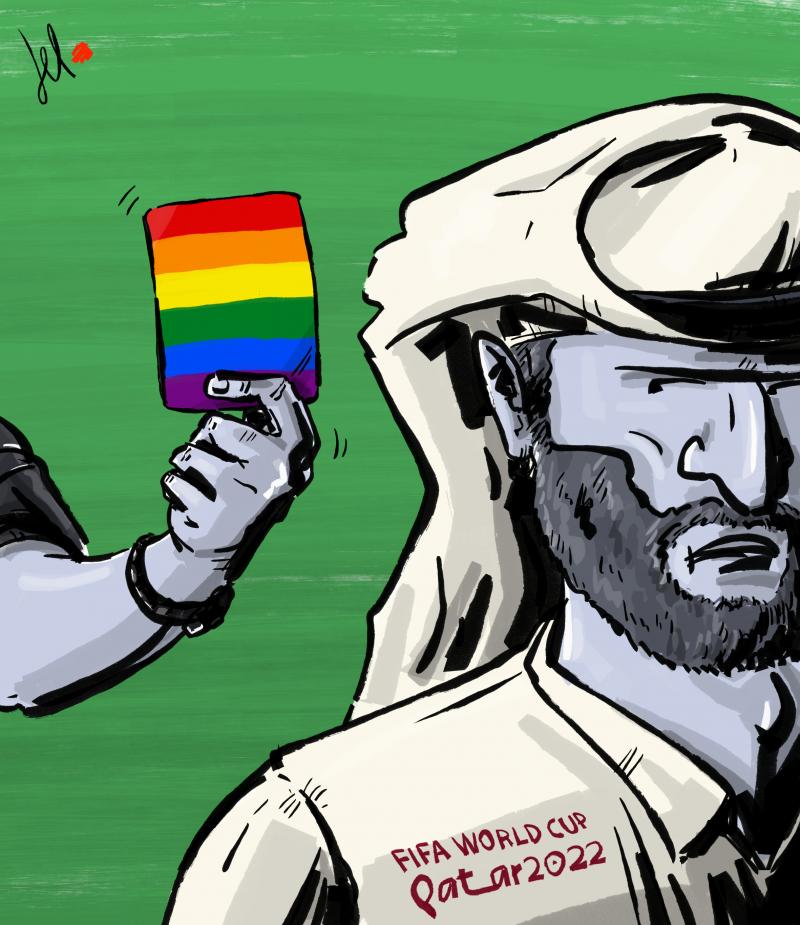 Events like the World Cup put a country in the spotlight. Qatar has been put in a negative light. It might be true that past hosts of the World Cup should have been under more scrutiny as well, but that doesn't excuse Qatar or FIFA from their wrongdoings. And we'll continue to share cartoons that reflect that.