Laughing Matters? Humor and Free Speech in the Digital Age

If you are interested in our project Cartoons in Court, we recommend you join the online event Laughing Matters? on October 14, from 10.15am to 5.15pm ET (New York). The event is co-sponsored by Temple Law School, the University of Groningen and the Dutch Research Council (NWO).

Negotiating the legal boundaries of free speech is a crucial challenge for democracy—especially so in the digital age, as potentially harmful material can easily gain pervasive circulation (Brison and Gelber 2019). Humor is a particularly demanding testing ground in this respect; while the right to humorous expression is vital to democratic societies, jokes can sometimes become a vehicle for unlawful speech, such as defamation or incitement to violence. This problem is further amplified today by the growing fragmentation of ‘irony-laden internet subcultures,’ where the difference between e.g. racist humor and satire of racism often becomes imperceptible (Nagle 2017). 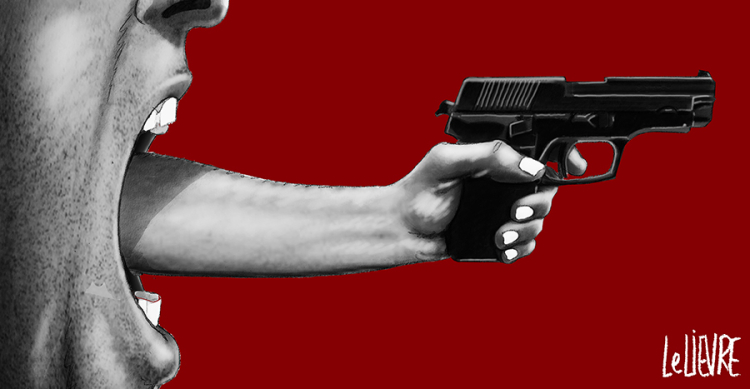 Despite the urgency of these issues, the approach to humor in free speech jurisprudence is still notably inconsistent—not only across different contexts, but also within the same given judicial system. In his analysis of satire-related case law from the United States, for example, legal scholar Jeff Todd lamented the lack of ‘an adequate terminology that is grounded in theory,’ which complicates the task of ‘clarify[ing] and rationaliz[ing] the different outcomes’ reached in court (Todd 2016; see also Little 2019). Other studies have highlighted a similar degree of inconsistency in humor jurisprudence from the European Court of Human Rights (Godioli and Little 2022; Alkiviadou 2022) and Brazil (Capelotti 2015).

In order to tackle these challenges, interdisciplinary collaboration between practicing lawyers, legal scholars and humanities-oriented humor researchers takes on heightened importance. Also crucial are comparative endeavors mapping the juridical handling of humor across different regions. Aiming to set a foundation for further collaboration in both directions, this symposium will feature a series of short presentations on current issues and ongoing projects, followed by an open Q&A at the end of each panel.

Check out full program and speakers, and register as a guest here. 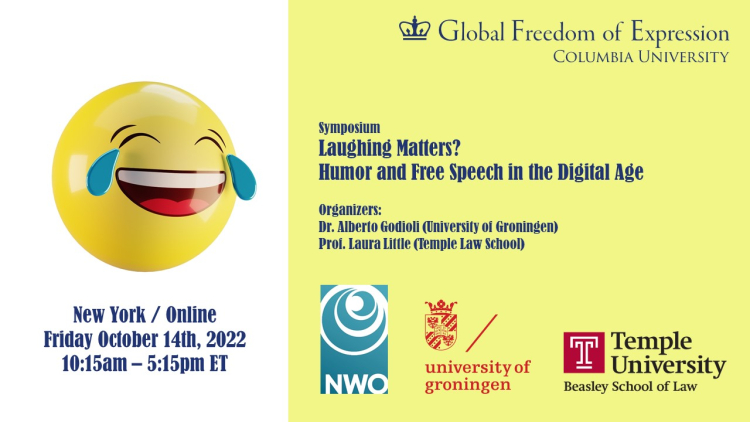