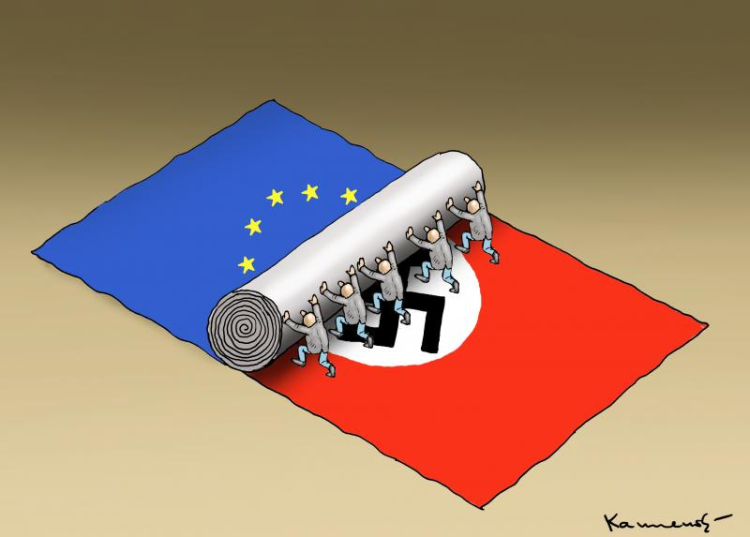 The win of far right political party Sweden Democrats in Sweden (they won about 20% of the vote) prompted a lot of cartoons this week. Drawing cartoons about the extreme right always brings the challenge of which symbols to use. One symbol comes to mind immediately, and you probably guessed it: it's the swastika.

The swastika is problematic as a symbol for several reasons. First of all, it's the most obvious symbol you can use; Nazi-comparisons have long since lost their luster, and making use of the swastika is more often than not a sign of creative fatigue.

Second, social media (an outlet we cartoonists use a lot) doesn't like images of swastikas. Algorithms scour posts and remove them if they detect swastikas, and complaints by other users frequently result in removal of these cartoons as well.

Should we not use the swastika at all, then? I think, at times, the use of this symbol is still valid, but we should be very careful where, when and how to draw it.

For example, I love this cartoon by Dan Murphy, commenting on the Swedish election result. It's a funny spoof on an Ikea ad, but with serious reflection at the heart of the cartoon. It was banned from our Twitter feed in Germany, because of violating their hate-speech laws. 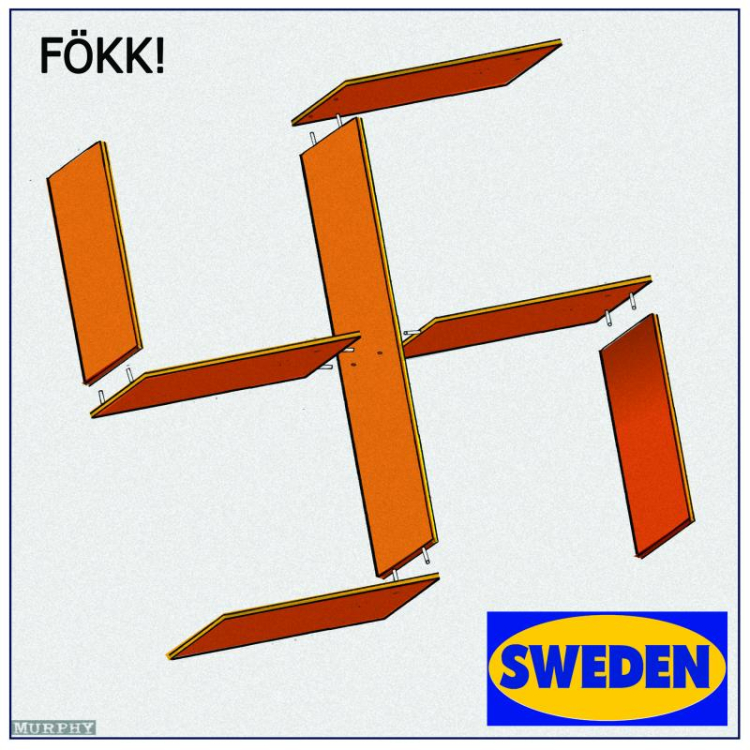 On the other hand, I'm not sure about these cartoons by Zap and Morad Kotkot. They are both well-made visuals, but is the swastika used as a blunt knife here? 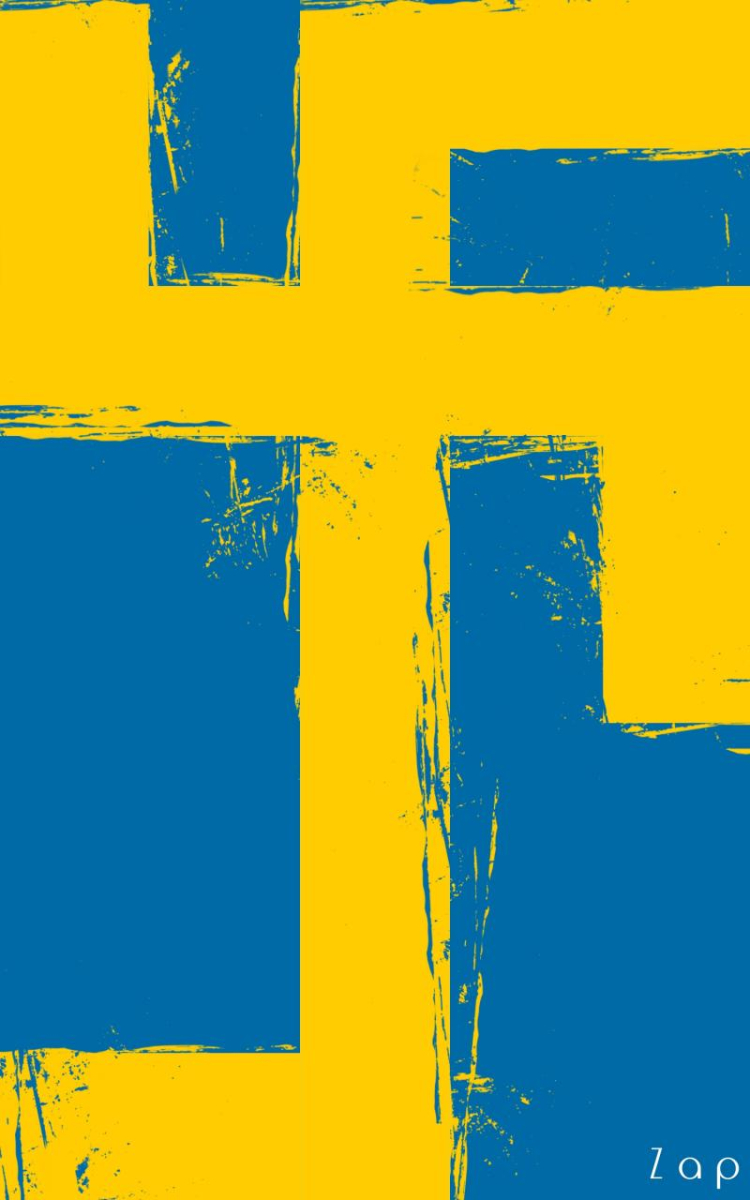 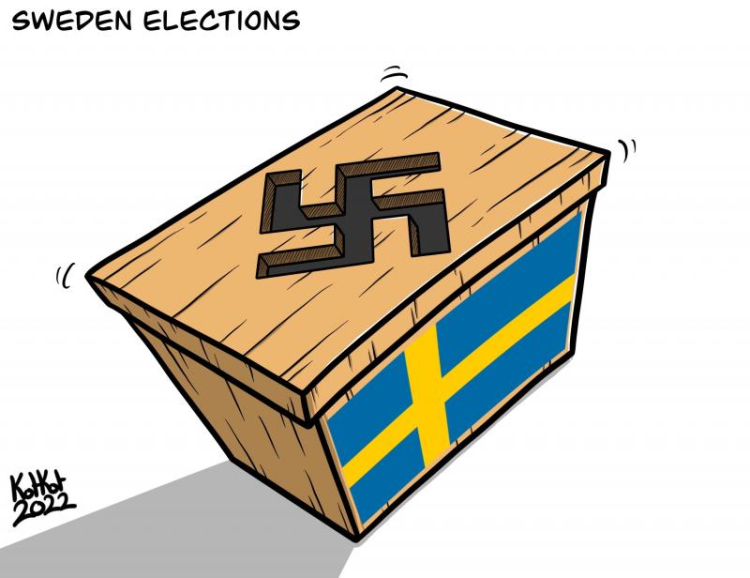 To be fair, I did my own cartoon with a swastika, in which I tried to be clever, but I'm not sure I was successful enough to justify its use. This one was removed from my Instagram feed for -again- violating hate speech laws. 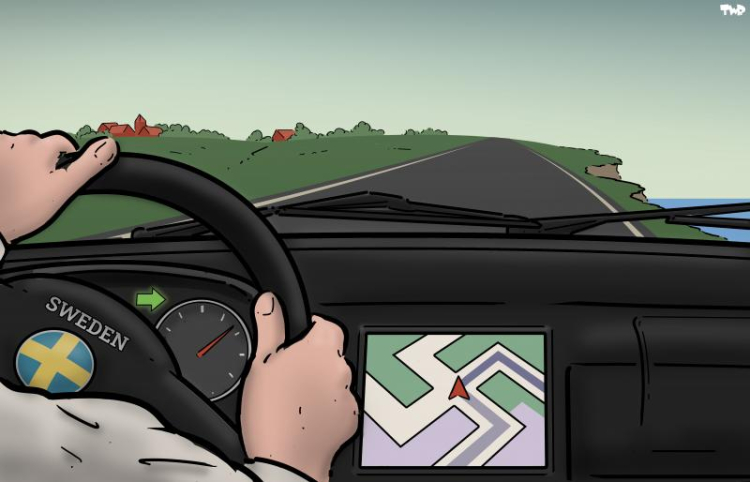 Perhaps the most elegant example of how to make a great cartoon about the far right without resorting to a blunt knife comes from Maarten Wolterink, who has instead opted for combining Swedish mythology with a well-know representation of migrants. 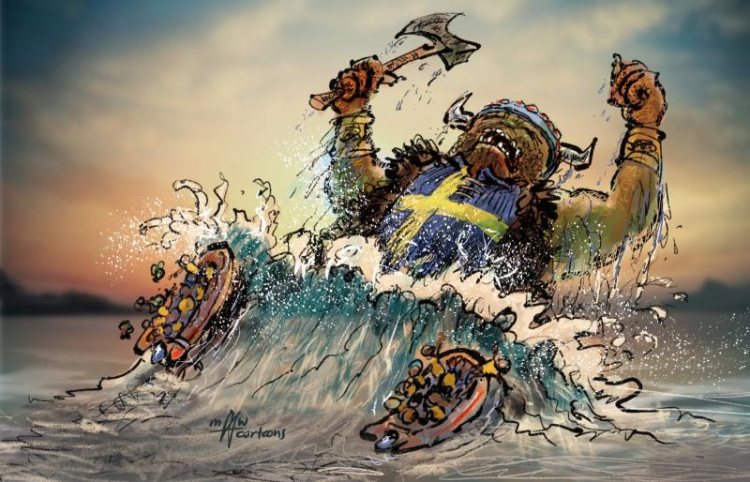 I don't think any symbol should be out of bounds when it comes to satire, and social media companies should definitely be more discriminate when it comes to policing political satire. But I also think some symbols are at their most powerful when they are used the least.

The way I see it, we can and should use the swastika as what it is - a symbol of the far-right - if that's the target we want to hit. It would be ridiculous to consider such use of a symbol as promoting the values of that political movement, once it is used antagonistically, to criticize it.

I'd go a little bit further and underline that the real danger we’re facing here is actually coming from the social media themselves and their algorithms that lead to the removal of our cartoons. By not allowing these critical views against the extremist factions (with the naïve idea that hiding the symbols makes the problems disappear) they’re not preventing their promotion. On the contrary: they are protecting them.