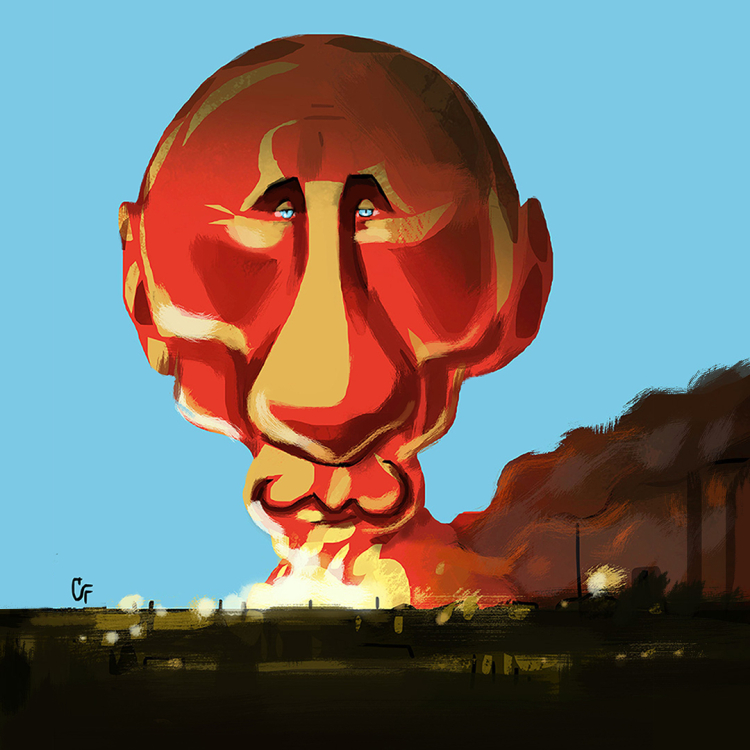 The European Press Prize and Studio Europa Maastricht, founders of the European Cartoon Award, proudly announce the name of the winner and runners-up of this year’s edition of the contest. The first prize was awarded to the Cuban cartoonist Carlos David Fuentes, for his work Putin in Ukraine published in the French magazine Courrier International (with first publication on Cartoon Movement). The two runners-up are cartoonists Marilena Nardi (Italy) and Harry Burton (Ireland). Honourable mentions were awarded to Jean-Michel Delambre (France) and Vasco Gargalo (Portugal).

The works of the winner and runners-up were selected from over 400 submissions, coming from 29 countries, European, and beyond, by a jury composed of award-winning cartoonists, previous year’s nominees, activists, and experts.

Janet Anderson, chair of the Panel of Judges: 'The jury was impressed by the powerful storytelling and striking imagery of many of the submitted cartoons. Tom Janssen rightfully said that Carlos David Fuentes' cartoon is the right image to portray this difficult year; it has a very dramatic impact, and it is very strong. Harry Burton's cartoon on abortion rights tackles a very big issue with wit, and in a clearly recognisable image. Lastly, it might seem the issue of Afghanistan slipped off the world’s agenda, but the underlying issues are still huge, and Marilena Nardi’s cartoon tells that story in a simple but very effective way.' 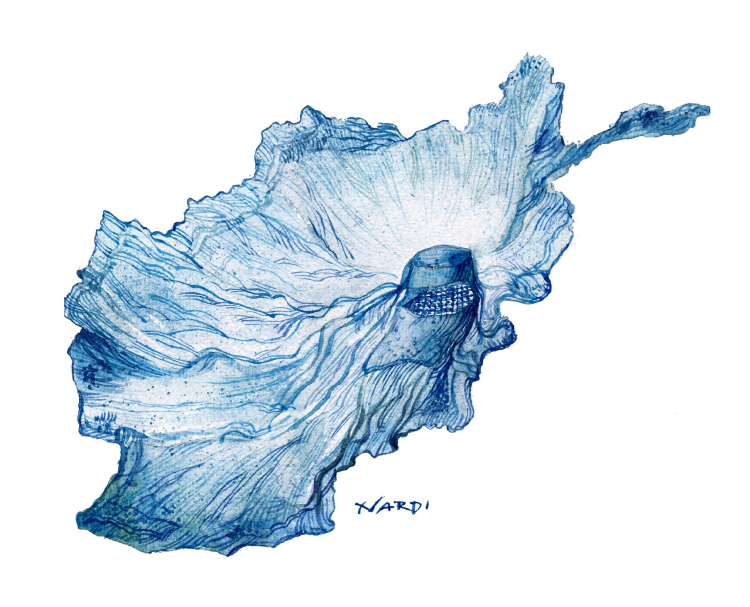 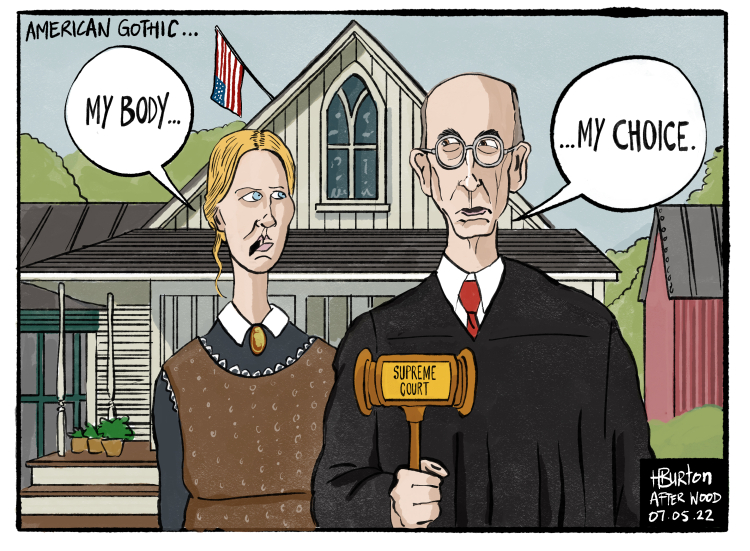 The jury decided to award two honourable mentions as well, to Vasco Gargalo and to Jean-Michel Delambre: 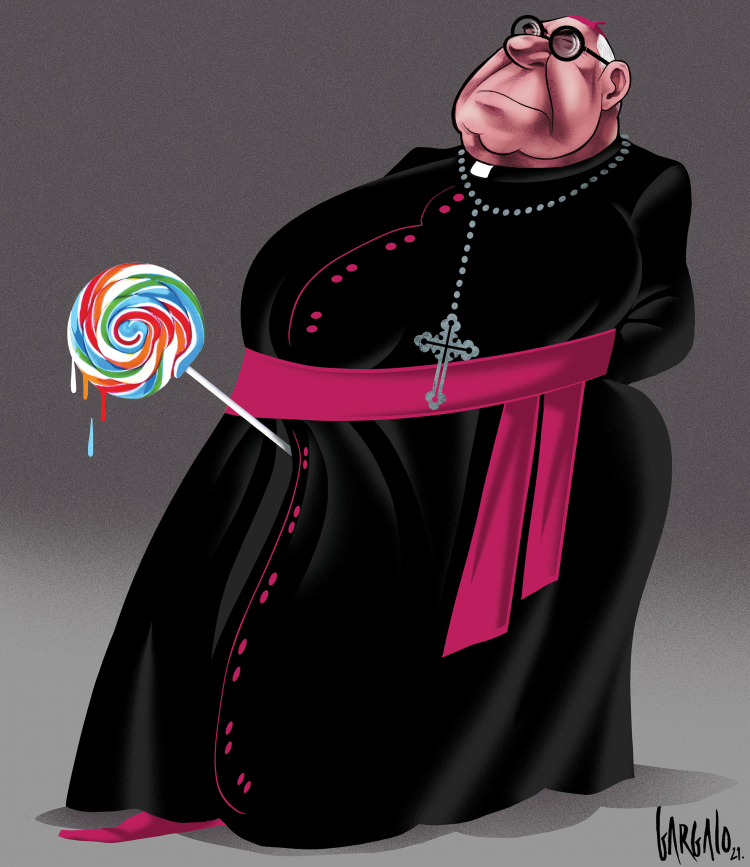 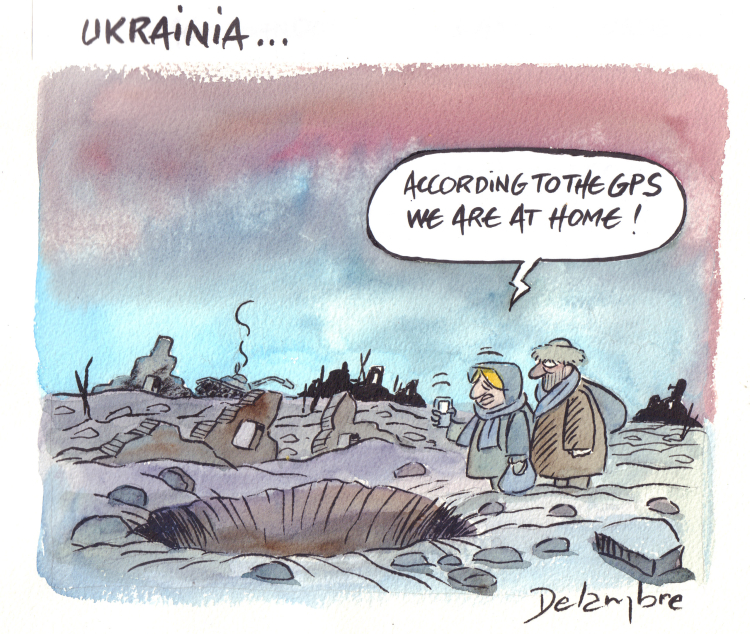 Again Janet Anderson, chair of the Panel of Judges: 'Jean-Michel Delambre’s cartoon treats the subject of the Ukraine invasion in a humorous way, all the while driving home a point, and a very important one. Vasco Gargalo’s lollipop cartoon is about an issue that is still affecting much of the world, and for its shocking reminder, the jury decided to award it with a special mention.'

The jury of the European Cartoon Award 2022 was composed of: Tom Janssen (2021 winner), Janet Anderson, Catherine André, Jen Sorensen, and Niels Bo Bojesen. And, for the first round of selection, a jury composed of four previous year’s nominees joined the voting: Osama Hajjaj, Saeed Sadeghi, Konstantinos Tsanakas, and Vitor Neves.

Emanuele Del Rosso, Head of Communications at the European Press Prize and organiser of the ECA 2022: 'The incredible power of editorial cartoons is clear when we look at the sixteen works shortlisted for the final stage of the ECA, and even more, at the winners of this year’s Award. These are works that tell us a whole story in a single image. They convey multiple meanings, they make us think, and help us interpret a cultural and political reality that is harder and harder to understand.'