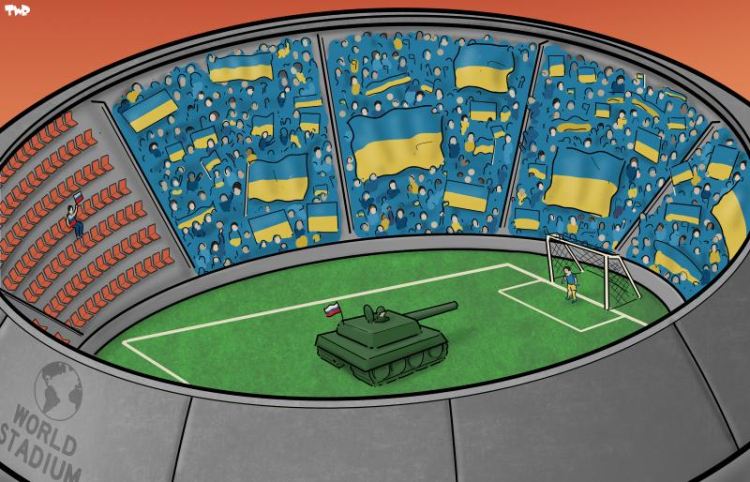 The bigger the news, the bigger the response in public opinion tends to be; and few things gets a stronger response than the outbreak of a war. Although the overwhelming majority of people have denounced Russia's invasion of Ukraine, questioning the mental stability of Vladimir Putin and celebrating the unexpectedly tenacious defence of the Ukrainians in defense of their country, there have been other opinions as well.

These alternative opinions have come to us in the form of cartoons and in the form of comments on cartoons we've published (mainly on our social media channels). Some are valid and some are not. I'd like to share a few of them.

When there is war, there will be refugees. This isn't unexpected. What is unexpected, given Europe's track record when it comes to refugees, is that Ukrainians have been welcomed with open arms. While no one denies the dire need of Ukrainians fleeing from violence, this has lead to the question why people from for example Syria have not been treated with the same kindness. Could it have something to do with the fact that people from Ukraine look a lot like other Europeans? 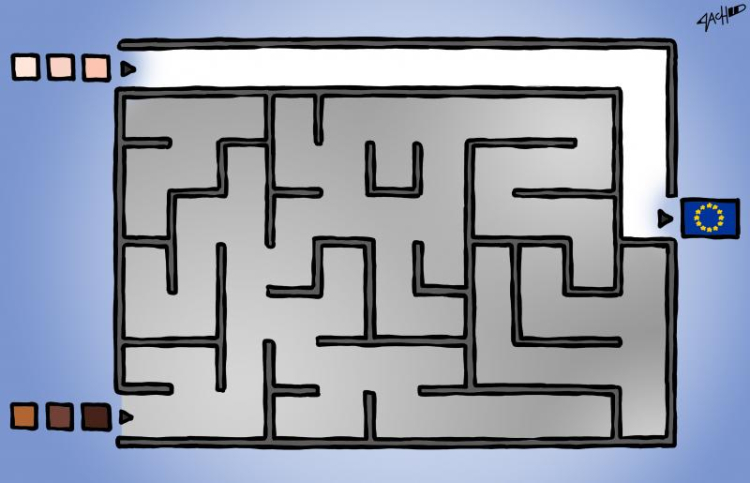 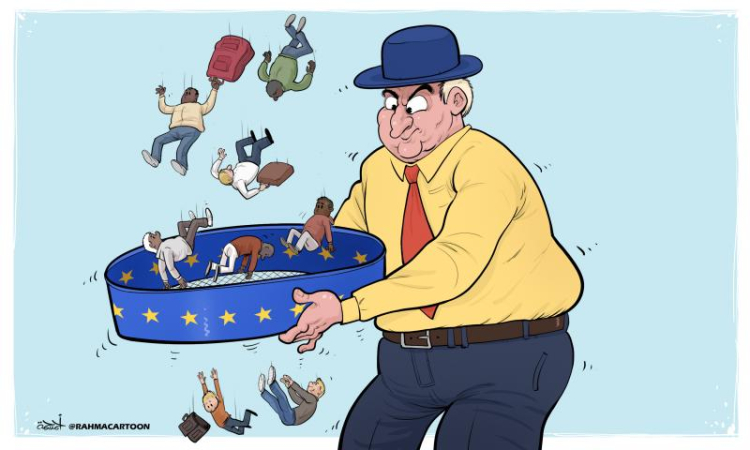 Another valid point that has been raised has been the amount of attention this war has received, especially in relation to the meager coverage of some other bloody conflicts, like the one in Yemen or in Tigray in Ethiopia. There have also been numerous cartoonists who have asked the question why the Molotov cocktail has become a symbol of liberty in the hands of a Ukrainian, while it is seen as a symbol of terrorism in the hands of a Palestinian? 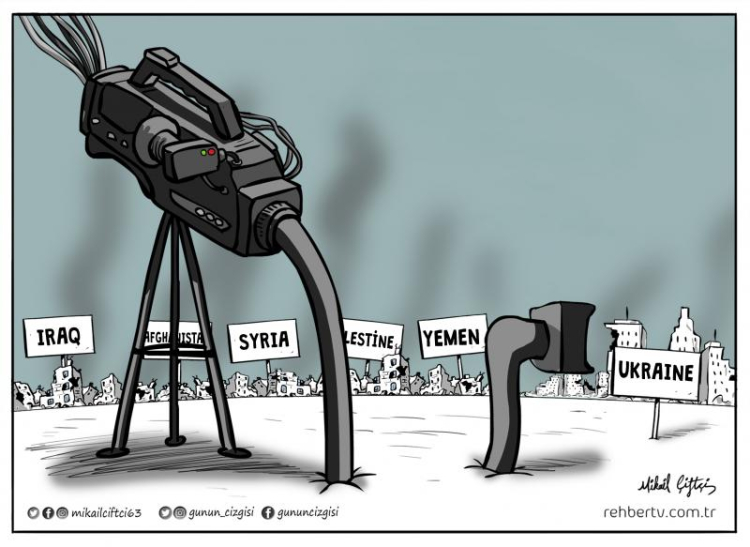 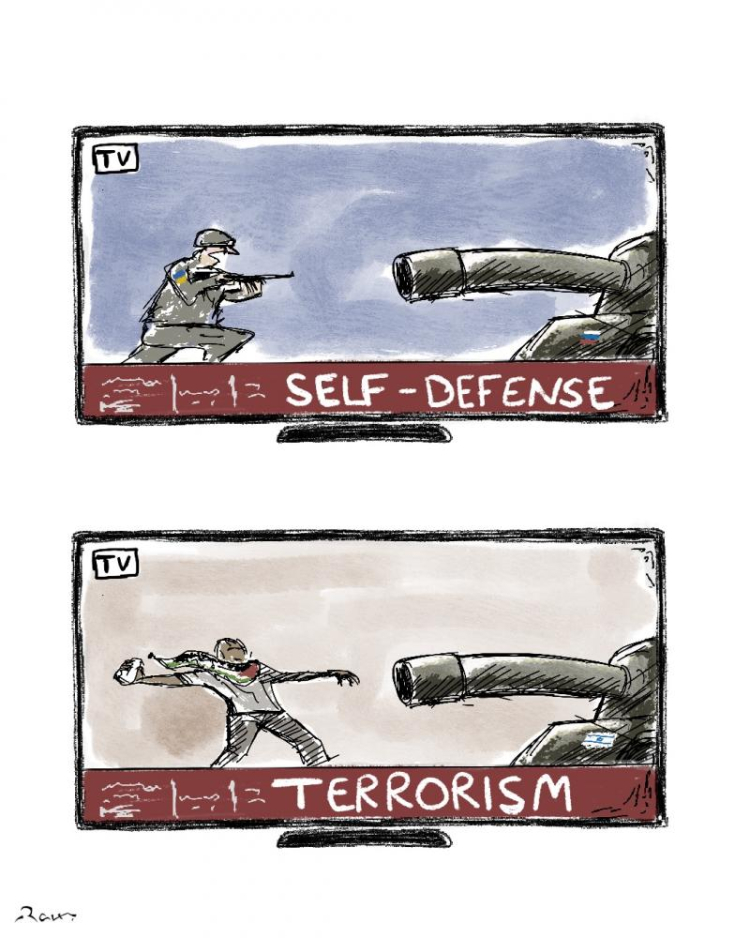 Whether you disagree with these points raised by cartoonists, or have good arguments to counter them, isn't really the point. The purpose of cartoons is not only to make you think, but also to make you think about aspects of the news you might not have considered before. In that sense, asking questions about Europe's newfound generosity when it comes to (blond-haired) refugees and the media frenzy surrounding the war are perfectly legitimate subjects for cartoons.

The third, and less valid, perspective on the Ukraine war has been mainly located in the comments we have got on the cartoons we published. The argument, in short, goes something like this: because we have not devoted enough attention to the violence of the US or other Western countries over the years, we are hypocrites and should not be allowed to say anything about Putin and his war.

I'll be the first to admit that Cartoon Movement probably has a Western bias. As a European-based, English-language platform it's hard not to. And though we are host to cartoonists from every corner of the globe and their multiple perspectives, our editorial line is largely determined by international news outlets and media such as the BCC, The Guardian, The Washington Post, Reuters, DW and CNN (to name a few). And in all honesty, we've probably under-reported on the Yemen war, the bloody conflict in Tigray and numerous other news events that were worthy of cartoons, but that we missed because of our Western outlook.

But it's also true that we have published many cartoons that do cover these topics, that question Western moral superiority, the violence of US foreign policy over the decades, the human rights offenses committed by the state of Israel and many, many other subjects.

But even if we had not published one single cartoon on any of these topics, the argument made by the commenters would still be invalid. Because to say that you cannot denounce one atrocity because haven't (sufficiently) denounced other atrocities is a false argument, only meant to silence a particular voice. And one thing cartoonists should not do, is remain silent in the face of war. We encourage you to call us out when we are under-reporting (or should I say 'under-cartooning') a certain issue, but we will never listen to demands to keep silent about Putin, because you feel we haven't sufficiently bashed Biden and his predecessors. 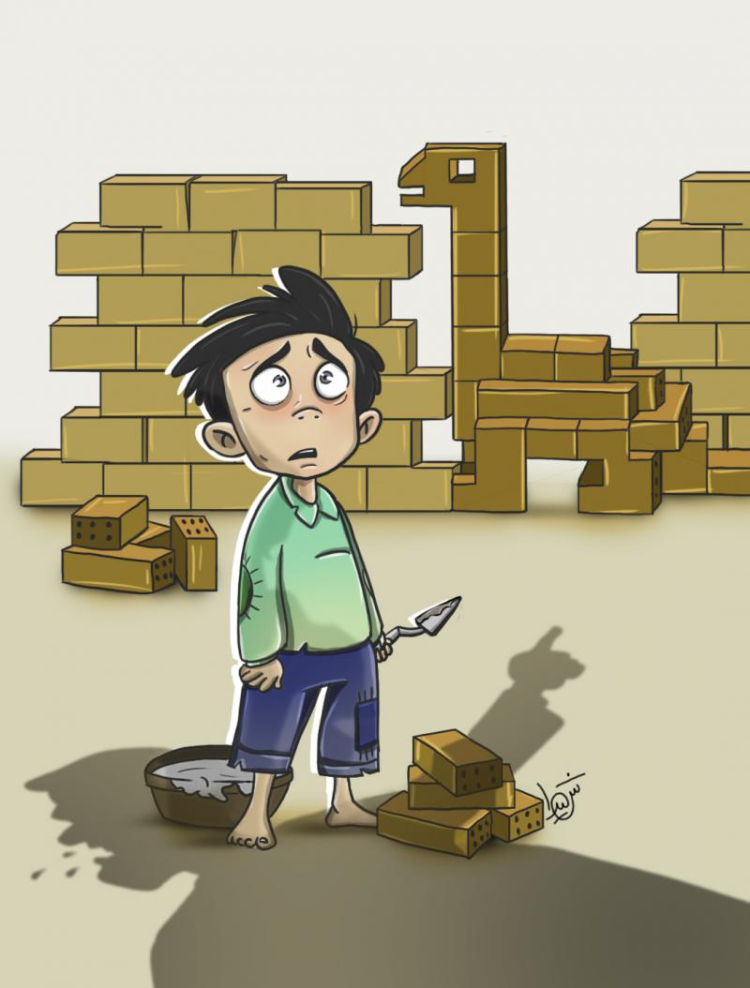 Sheida Sardashti (sheid.A.r.t) is an Iranian artist with a degree in graphic and industrial design. Her work has been published by several newspapers in Iran. You can follow her work on Instagram.