Our February newsletter is out! 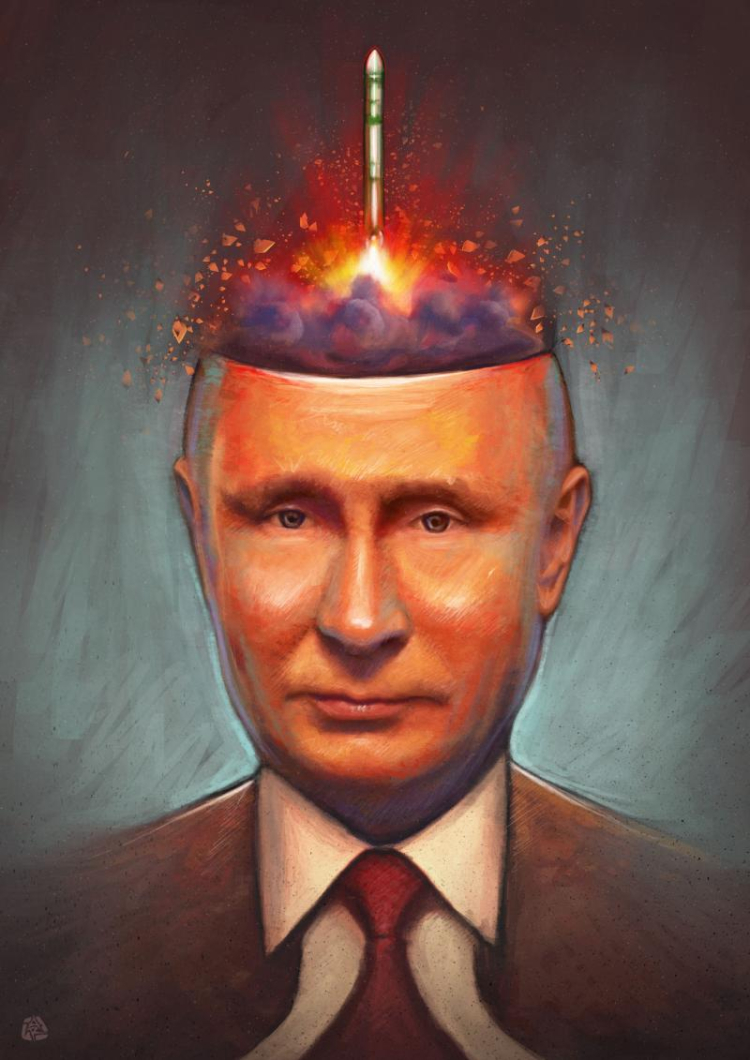 Our newsletter for February is out, with an overview of the best cartoons about the war in Ukraine and other news from the world of editorial cartooning. You can read it here. If you want to get our latest news and best cartoons delivered to your inbox once a month, please subscribe. 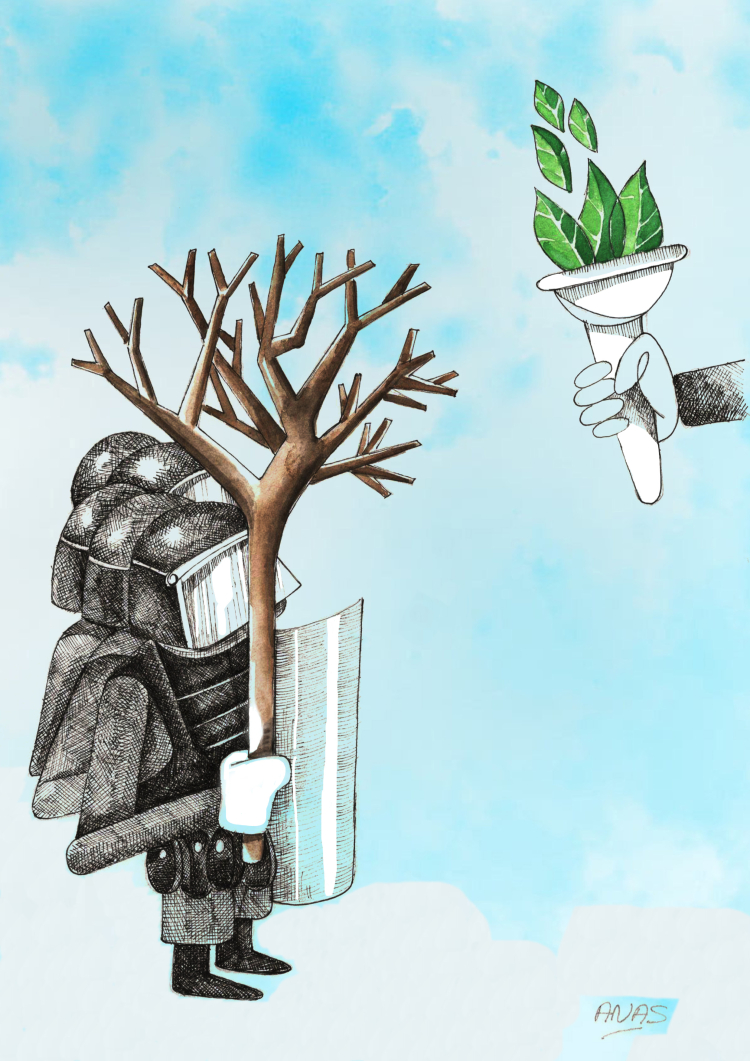 Anas Lakkis is an award-winning cartoonist from Lebanon. He has PhD in fine arts from the Lebanese University and works as editorial cartoonist in many Lebanese newspapers. 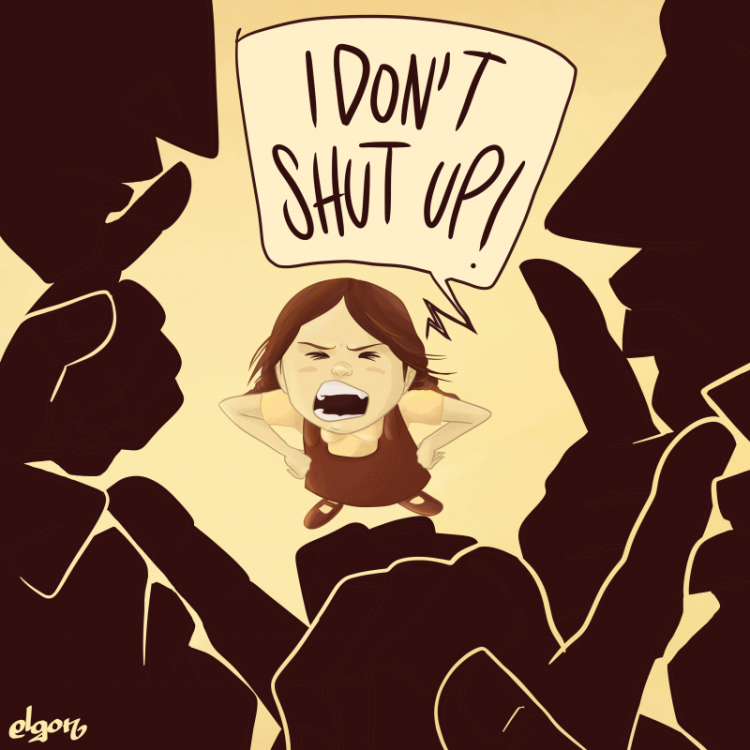 Alagon is the cartooning alter ego of Italian artist Virginia Cabras. She is the co-founder of Italian political cartoonists community Sputnink and publishes in various political satire on- and offline publications in Italy.

Powerful cartoons are timeless. Their message resonates through history and has a lot to teach us about ourselves, helping us to make sense of our modern times. Join us on Wednesday February 23 for the second online event of Evergreen satire, the project where we breathe new life into historical cartoons. Evergreen satire is a joint project of Cartoon Movement and Sound and Vision The Hague and is designed to bring together different archival collections, to foster knowledge sharing and work together to make such archives known and available to experts and to the broader public. 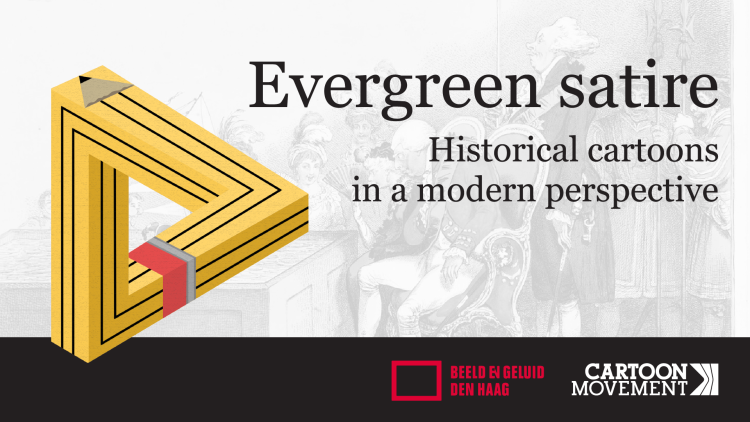 The first step to open the vaults of the archives is a series of live streaming events held at Sound and Vision The Hague, where cartoonists Tjeerd Royaards and Emanuele Del Rosso sit together with directors of archival organizations, to compare and discuss their cartoons and highlight the several “satirical” threads that connect our past with our present.

In this second event, which will be broadcasted live from in The Hague, we will explore how historical and modern cartoons visualize social protests and social unrest. We'll be talking to Douglas McCarthy from Europeana and Kim Robensyn from AMSAB, the Belgian Institute for Social History. 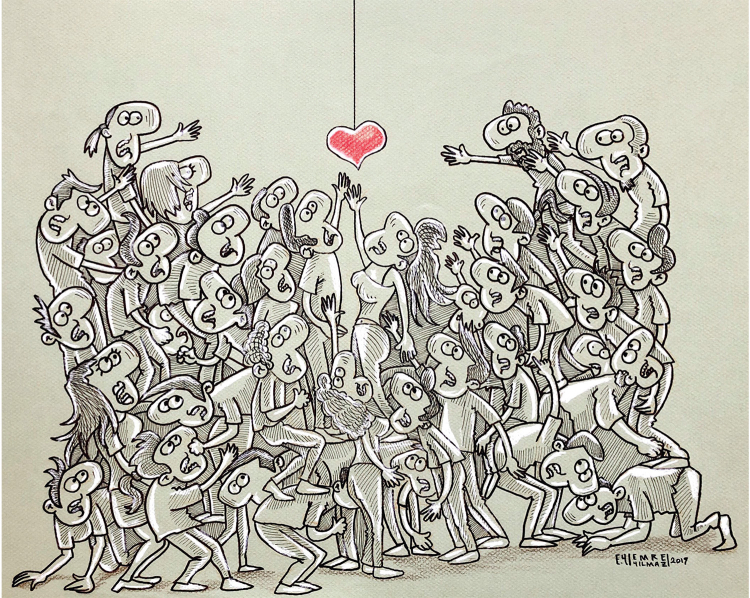 Emre Yilmaz is a cartoonist from Turkey. He also runs a cartoon studio in Ankara and is the founder of Obur Mizah cartoon magazine. 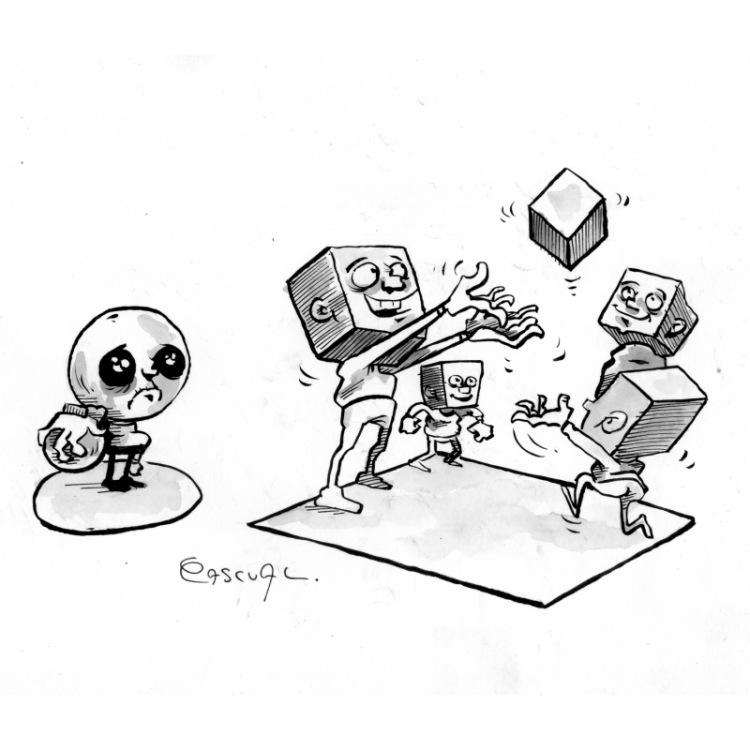 Emanuel Pascual is a graphic humorist from Buenos Aires, Argentina. Currently, he works as a freelance illustrator. Check out his Instagram to see more of his work.

We don't usually offer things for free, but renowned Chinese dissident artist Badiucao has created a series of protest posters to mark the Beijing 2022 Winter Games. Check 'm out here below. You can download large versions here; feel free to post, share and use them to protest against the Chinese regime. 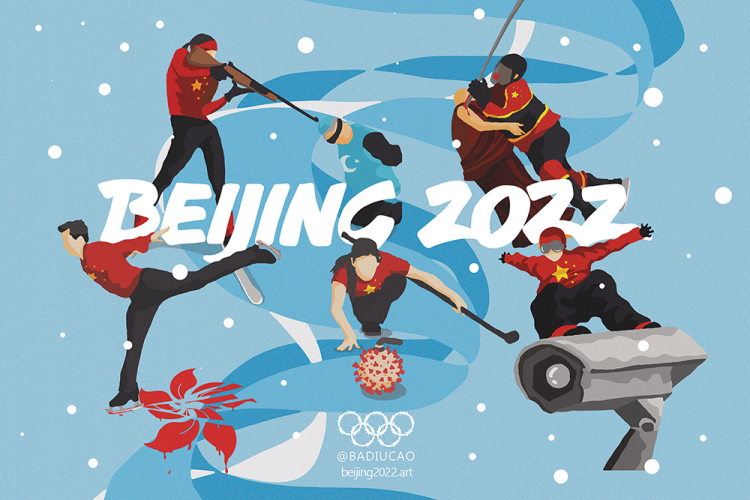 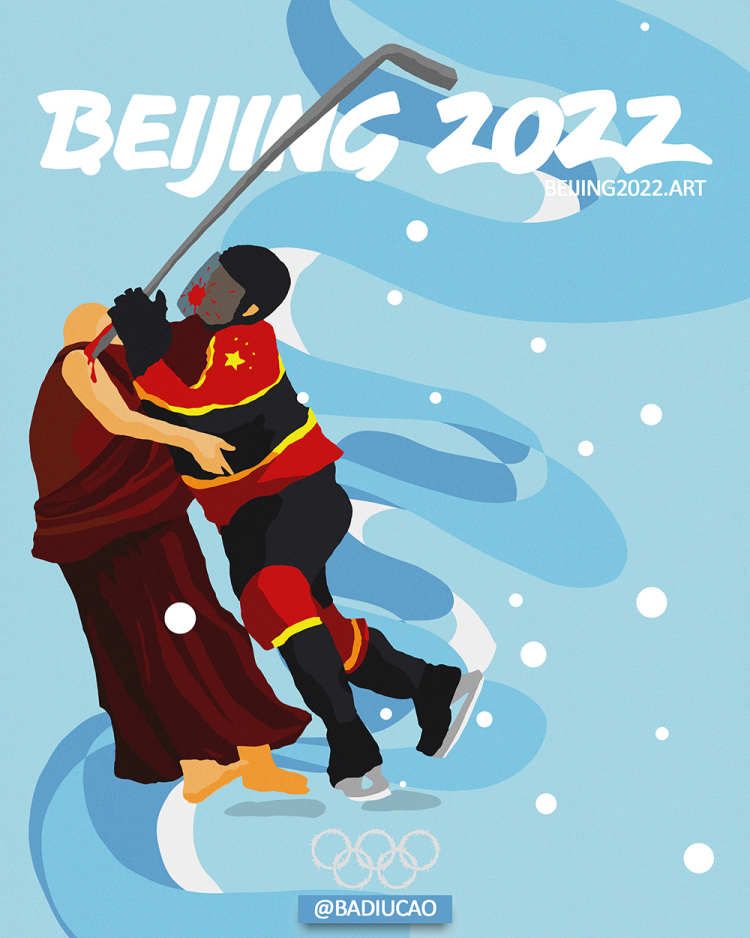 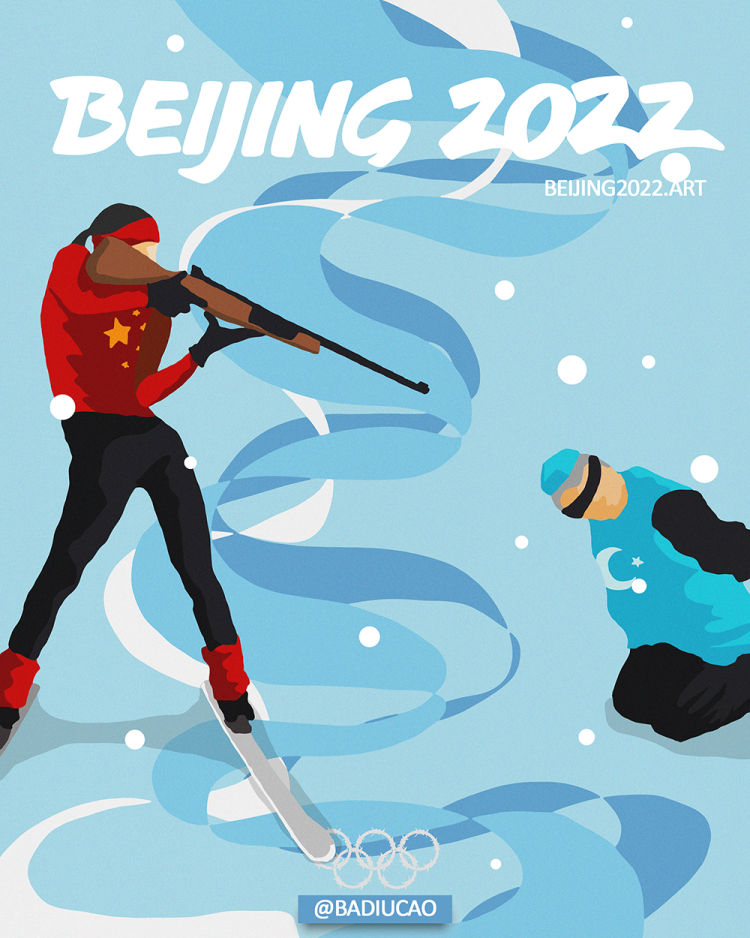 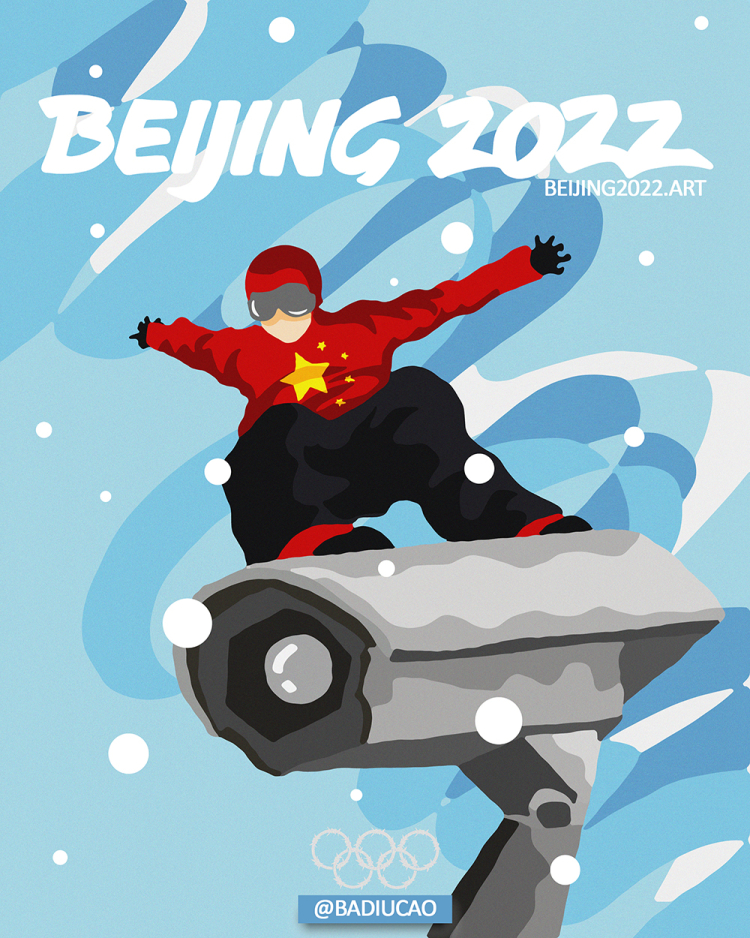 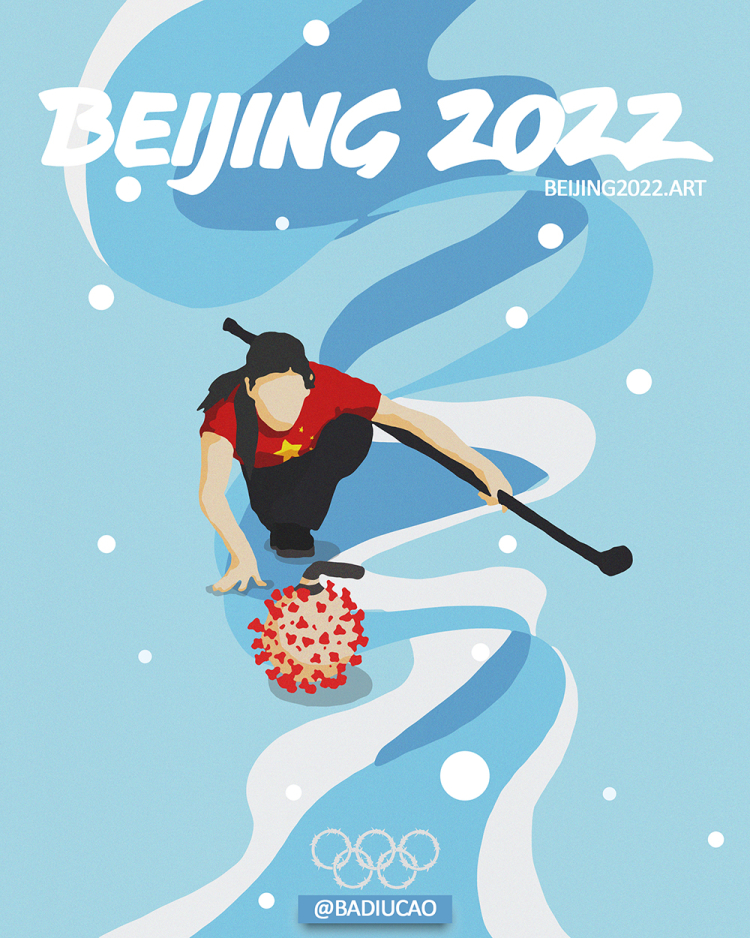 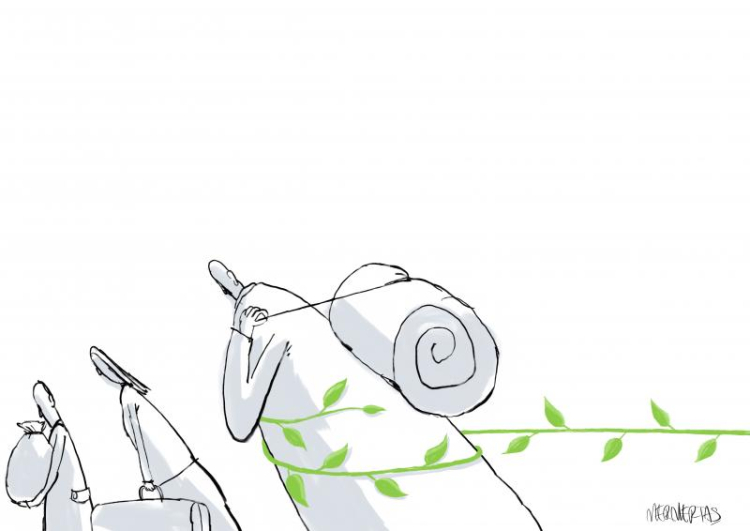 Political satire and Israel remains a complex issue for cartoonists and for editors alike. Following Human rights Watch, Amnesty International has labeled Israel's treatment of Palestinians apartheid. Obviously, this has been a topic our cartoonists have drawn about, and we put some of these cartoons together in a collection.

To promote the collection on our social media, we chose this cartoon by Emad Hajjaj, knowing it would probably lead to some sharp reactions: 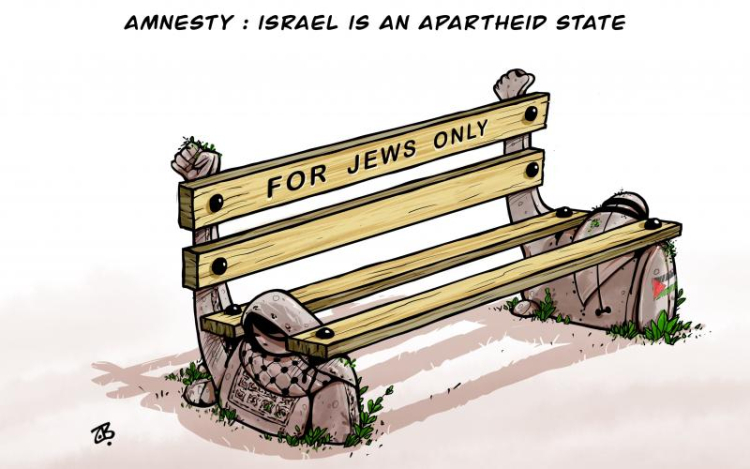 And we weren't wrong. We have received numerous comments accusing the cartoon and us of antisemitism. We also received an official notification from Twitter that someone had lodged a complaint. However, after review, Twitter found no legitimate reason to remove the tweet.

Som was this cartoon too sharp? As an editor, I like the cartoons that step close to the line without crossing it. This cartoon clearly makes the link to the apartheid regime in South Africa. It has no mention or reference to the Holocaust (we try to avoid those), but it does target Jews as a people instead of the state of Israel. However, that's needed in this cartoon for the analogy to work. Our decision to run this cartoon was based on the severeness of the issue; it deserves razor-sharp satire. But we also know some people will disagree.

We find other cartoon-related news involving the Jewish people on the other side of the pond, where a school board in Tennessee banned the revered graphic novel Maus by Art Spiegelman because it contained too much nudity and violence. Michael Cavna of the Washington Post has collected some great responses by US cartoonists, which you can see here.

This week also saw the 1-year anniversary of the military coup in Myanmar. The people of Myanmar continue to fight for democracy and cartoonist continue to draw protest cartoons as well. One cartoonist is drawing anonymously on our platform under the name Robin Hood. Check out his work here. 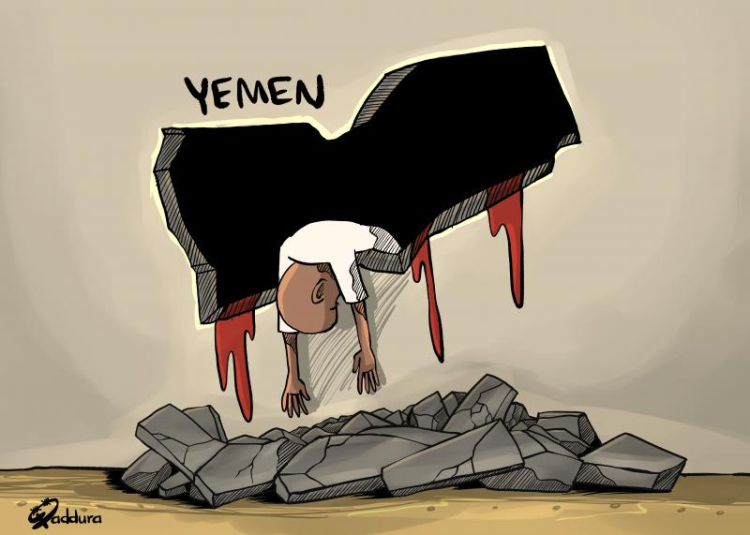 Ahmad Qadurra is a Palestinian-Swedish cartoonist and 3D graphic designer. He was born in Syria 1988 and has been living in Sweden since 2015.