Some politicians/dictators are great to caricature. One example is Donald Trump; to draw him you simple need an orange blob for the head topped with a yellow wave for the hair. But Vladimir Putin is another example of prime satire material. Although Trump was probably more popular among cartoonists, Putin has the distinct advantage of being in power longer, circumventing bothersome things like elections or term limits.

Like Trump, the thing that makes Putin such a suitable candidate for caricatures is that you can do a lot with his face, while still having him look like Putin. In part, we can do this because the whole world knows the face of Putin quite well. The other part (which is also quite helpful) is that Mr. Putin has some quite distinct facial features for us cartoonist to play with. Most prominent among these are his long nose and eyes that are slanted up and the mouth with thin lips that resides very low in his head (close to his chin). Since he continues to dominate world headlines (with his domination schemes), we had a dig through our archives to find some of our favorite caricatures of good ol' Vlad.

Spanish illustrator Asier Sanz (famous for his collages) made this Putin Salad some time ago: 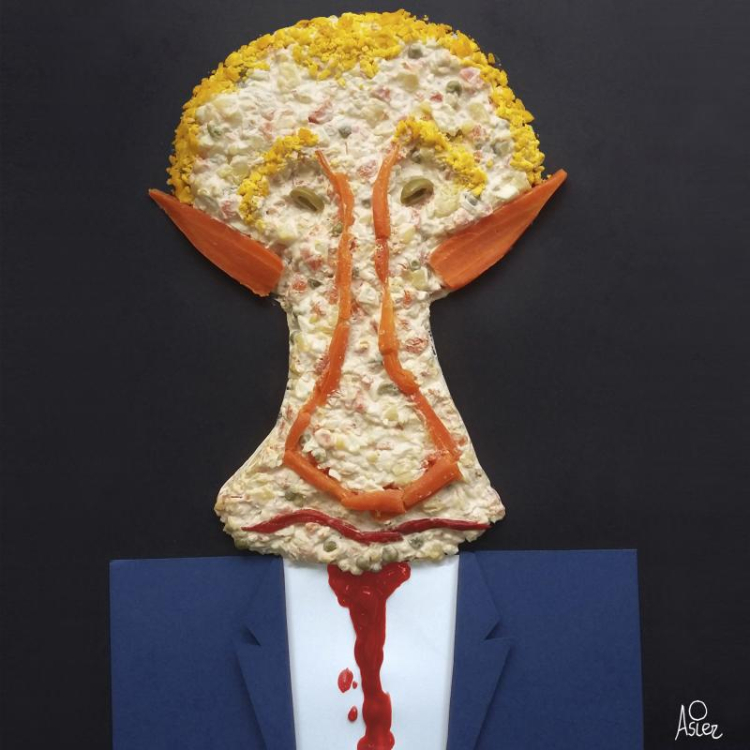 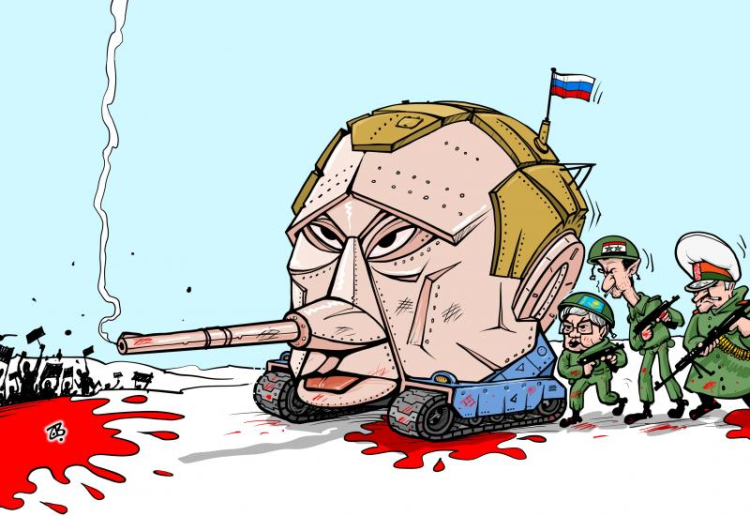 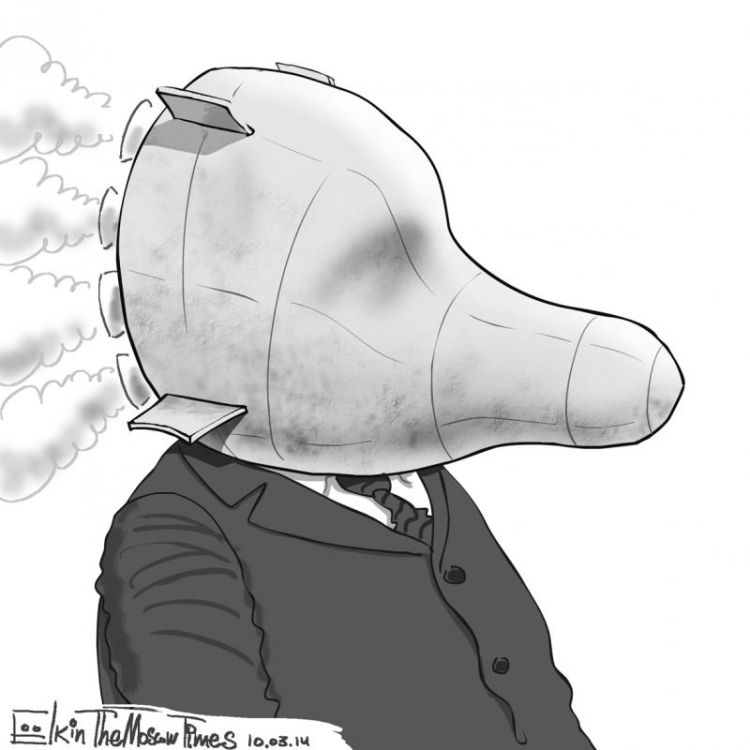 But perhaps the most outrageous caricatures of Putin are by Ukrainian artist Oleksiy Kustovsky, such as the Putin-octopus below. You can see some more of his caricatures here. 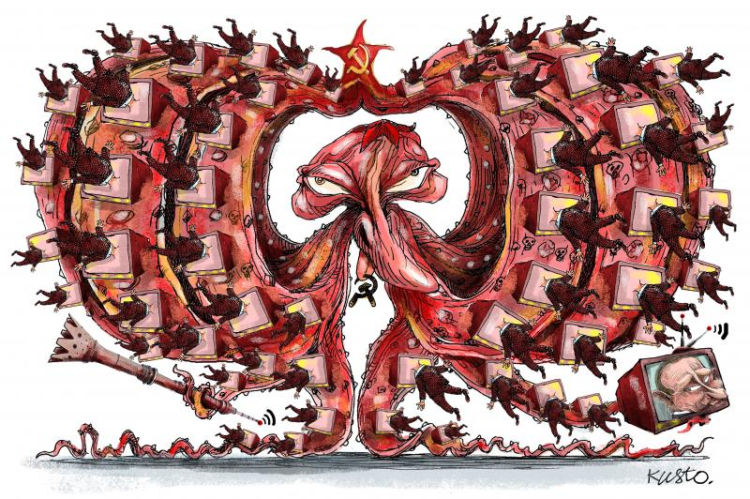 This caricature by Pedro Silva clearly shows and exaggerates the features that make Putin so recognizable. 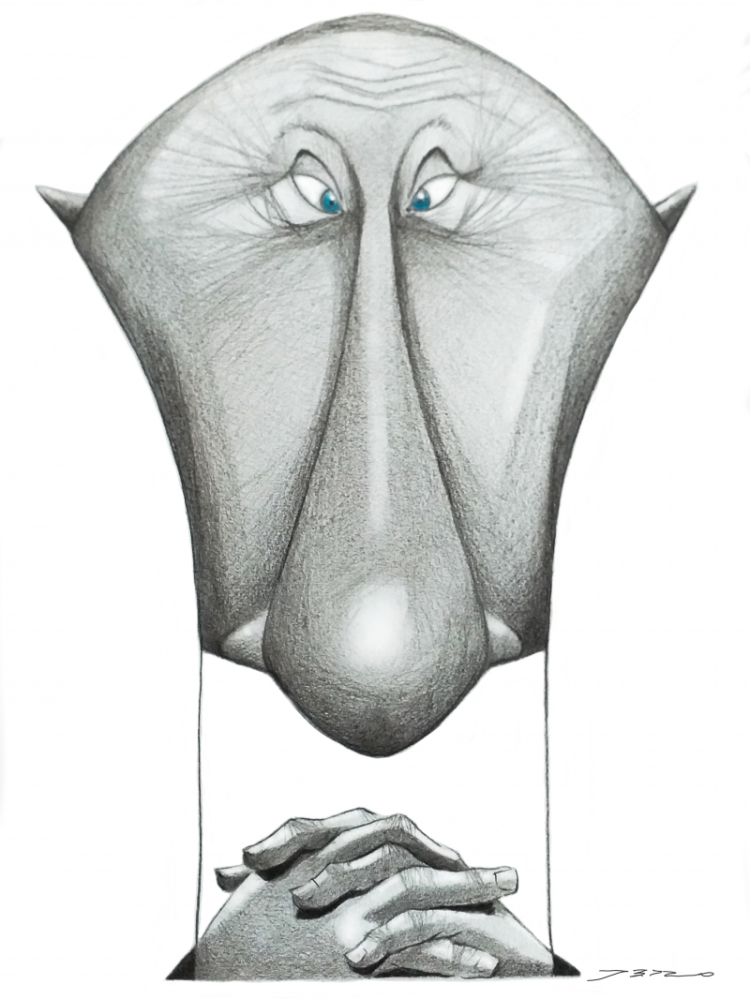 This digital portrait by Moroccan cartoonist Adnane Jabir is more realistic and manages to capture Putin's trademark expression of indifference and disdain. 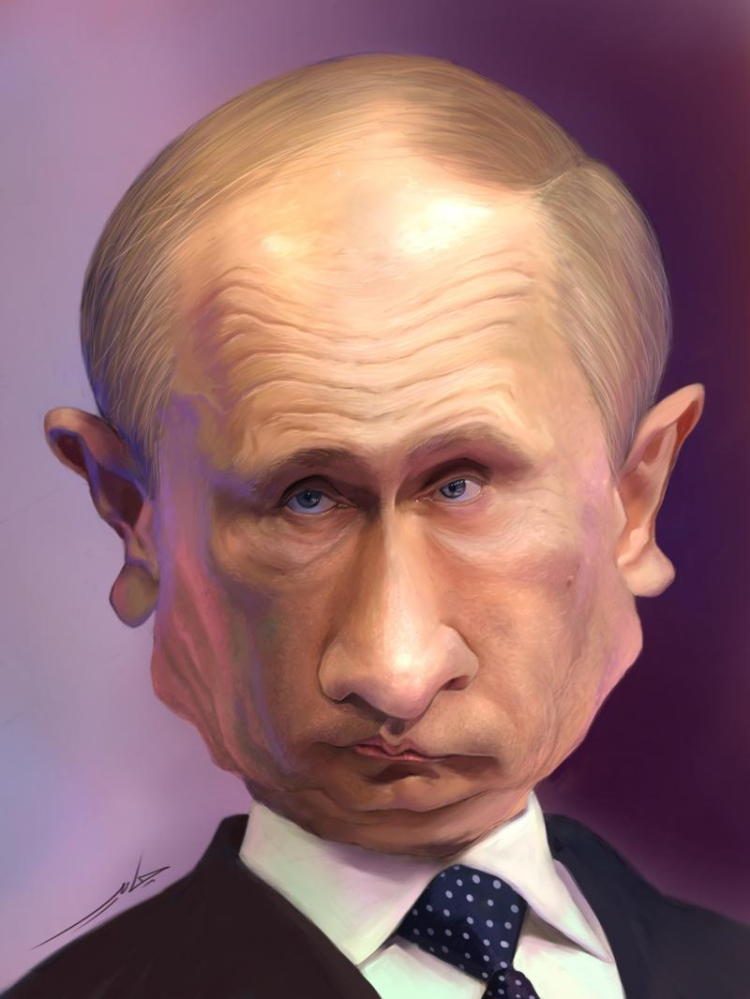 And here's another one that nails Putin's facial expression, this one by Pedro Ribeiro Ferreira. 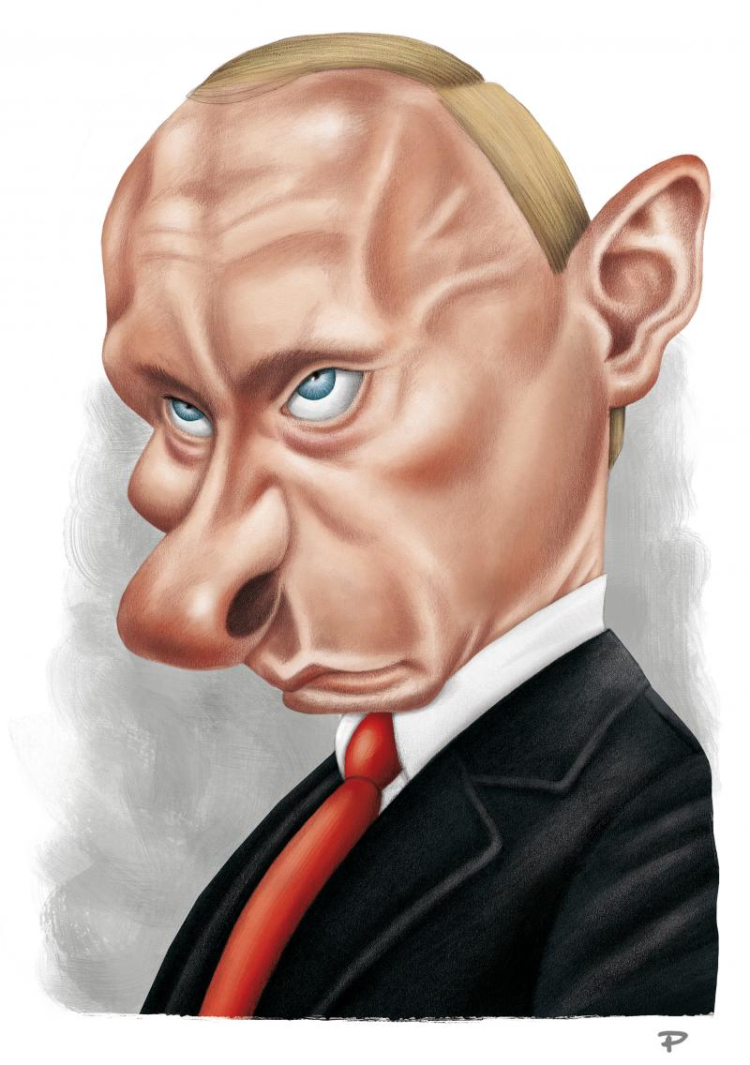 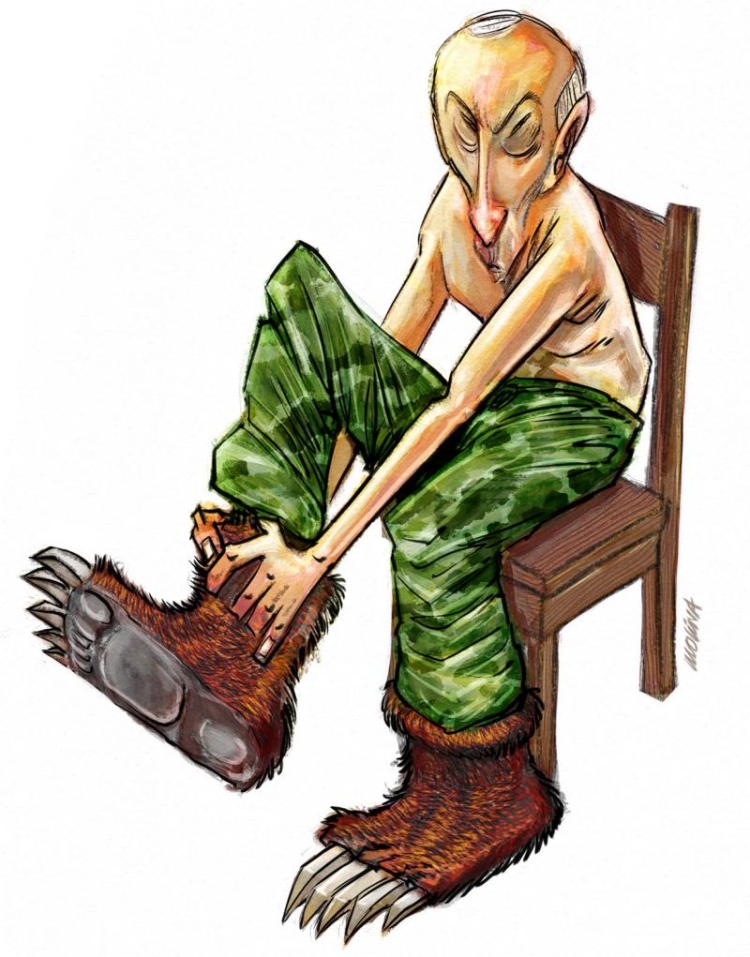 The film industry is looking for the next Bond, so here's a suggestion by Marilena Nardi. 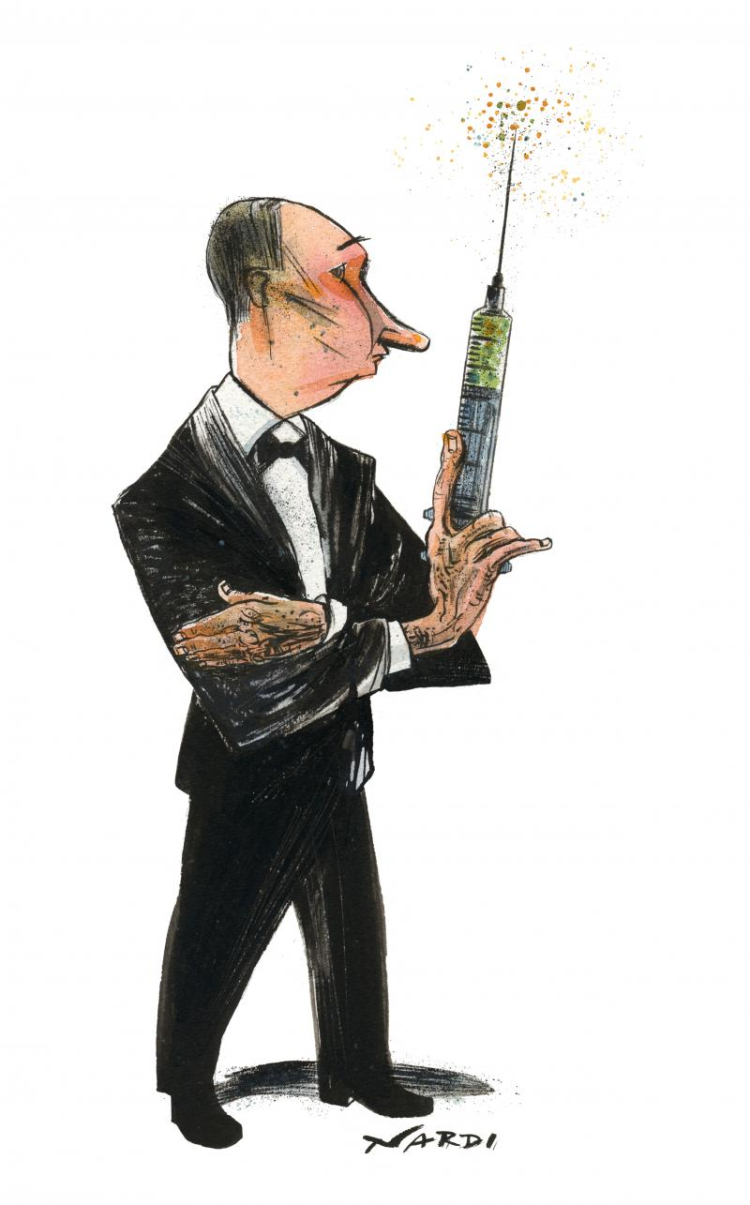 The last caricature we want to share is one by Fadi Abou Hassan. It shows how you can even do a Putin caricature when you only draw the mouth. 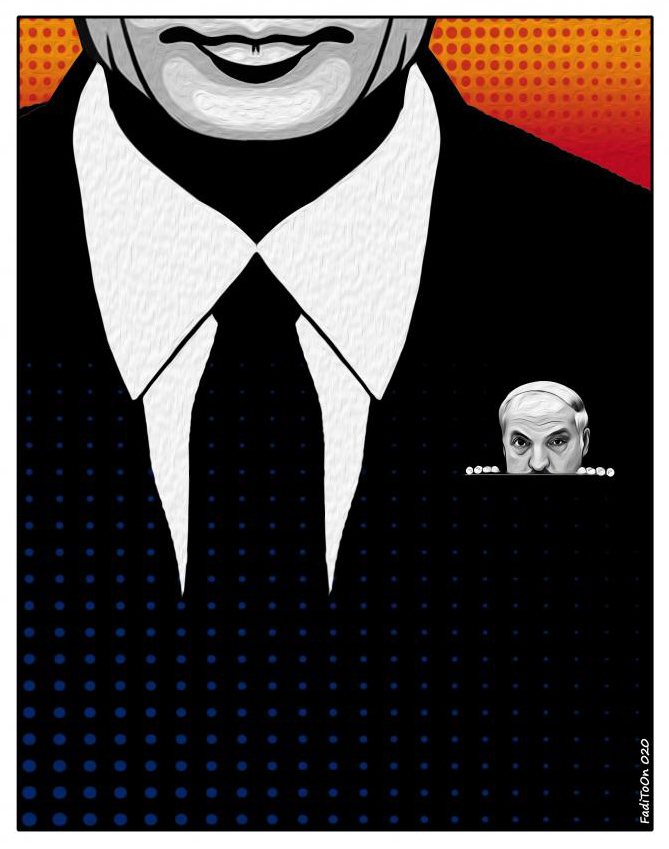 This is of course just a small sampling of the Putin cartoons we have. You can see many, many more here.

Joe Biden could be the featured face instead of Putin's. Same thing, or may be Joe is even worse dictator on worldwide bases...