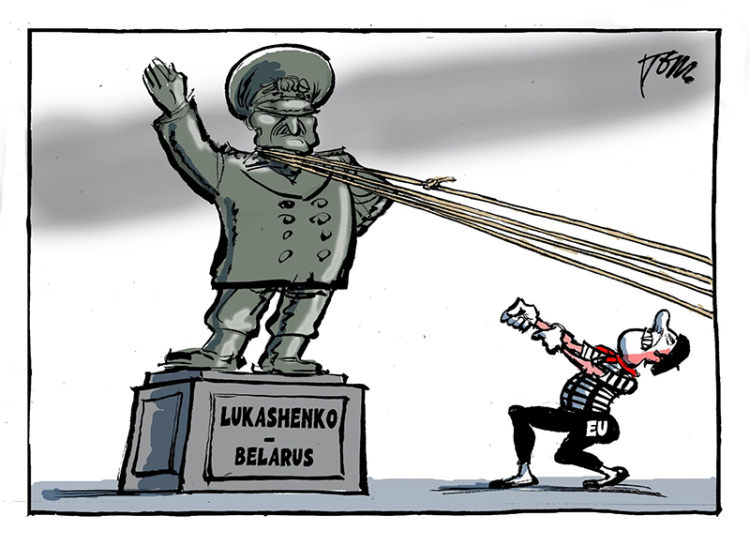 The winning cartoon, by Tom Janssen

The European Press Prize and Studio Europa Maastricht have announced the name of the winner and runners-up of this year’s edition of the European Cartoon Award. With his work EU and Belarus published in the newspaper Trouw, the Dutch cartoonist Tom Janssen won the first prize. The two runners-up are another Dutch cartoonist, Hajo de Reijger, and the Turkish artist Musa Gumus - both published by Cartoon Movement. 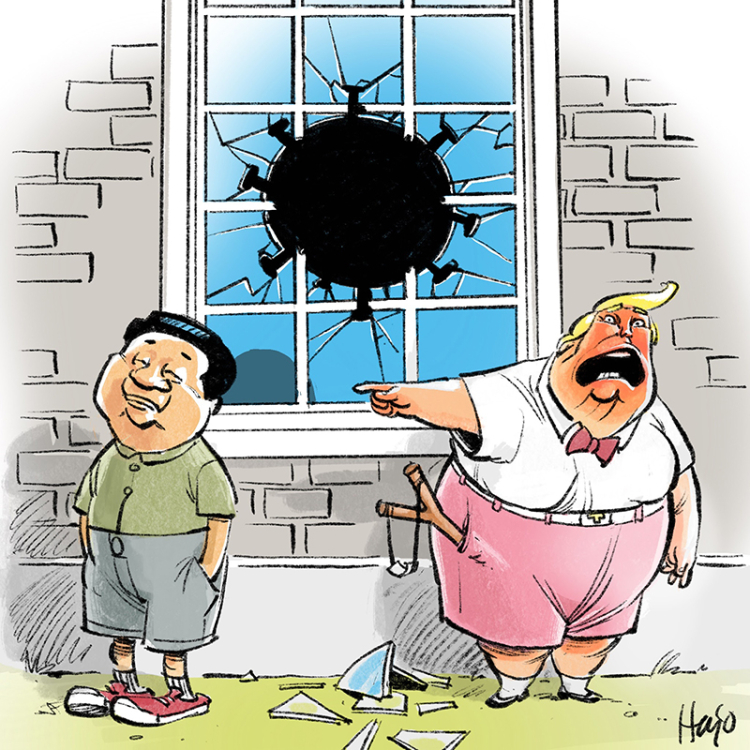 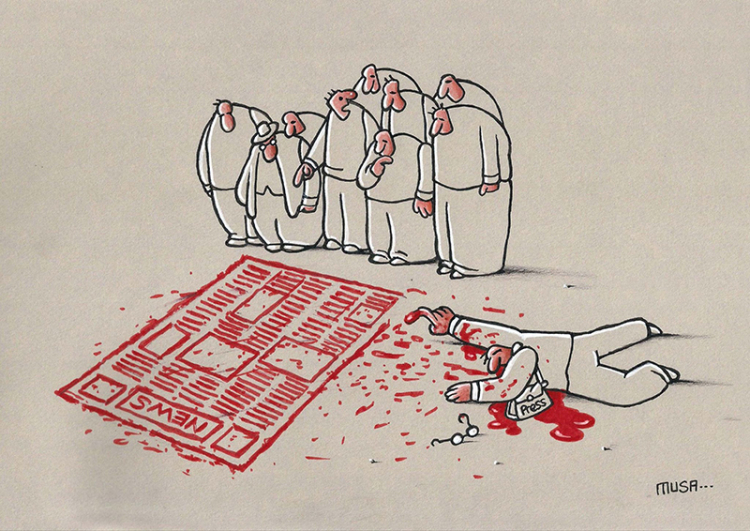 The works of the winner and runners-up were selected from almost 300 submissions, coming from 28 countries, European and beyond, by a jury composed of award-winning cartoonists, previous year’s nominees, activists, and experts.

Janet Anderson, chair of the Panel of judges:

'Editorial Cartoonists have shown us again how they make powerful political commentaries with their drawings. 2020 was the year of the pandemic in Europe, and our shortlist selection and our prize-winner inevitably reflect much of the worldwide economic, social and political debates. But in our other top choices, we wanted as a jury to also reflect on the huge political story taking place in Belarus, and the political reality of how Europe engages with what is just over its borders, and to highlight the importance of the freedom of the media and the violent threats the press faces.'