Political cartoonists have a problematic relationship with being woke. I decided to make this the topic of this week's editorial, because the 10 finalists of the Cancel Culture and Political Correctness cartoon competition were announced this week.  The competition is organized by Librexpression together with Cartooning for Peace and VoxEurop and asks the question if the legitimate protests against the many social and racial injustices that exist in Western countries today (the comeptition calls this woke culture) is now overshadowed by the rise of cancel culture and online outrage.

You can see the 10 finalist cartoons below (I am honored to have one of mine included), but I also wanted to share some thoughts on the topic, as it relates to cartoonists. I remember getting the invitation to send in my work for this competition, and then pondering for a long time if I had any work that would actually fit the theme. I tend not to draw about woke culture because I am ambivalent about it, and I think my ambivalence is shared by many cartoonists.

On the one hand the term woke originates in the awareness about racial prejudice and discrimination, and later came to include many other forms of social inequality. These are precisely the topics many cartoonists address in their work. Our profession is all about shedding light on (social) inequalities, and mocking those who are responsible for perpetuating these inequalities. Most cartoonists like to see themselves on the side of the oppressed, fighting for social justice with every stroke of their pencil. In short, most cartoonists consider themselves to be woke.

But cartoonists also like to see themselves as champions of freedom of expression. And this is where tension arises. Because being woke has at times (d)evolved into cancel culture, with large groups of people protesting as certain speakers where invited to speak at universities, or going after people with certain opinion on social media, with the purpose of censoring or publicly humiliating these individuals. And cartoonists have not been spared this fate; often using stereotypes as part of our visual language, the way we portray certain groups or ethnicities in our work has sparked numerous incidents in the past few years.

One that comes most readily to mind is a cartoon from 2018 by Mark Knight about Serena Williams. Another example is this cartoon by Antonio  from 2019 that sparked worldwide accusations of antisemitism and caused the New York Times to stop running cartoons altogether.

The point here is not to argue whether these cartoons crossed a line or not, but the way that online public outrage makes any meaningful discussion impossible. Yes, cartoonist have a responsibility and definitely should be called out when they unfairly portray ethnic or other groups in their cartoons. But they are also human, and make mistakes. In both these cases (and many others), an online mob screamed for blood, the polite people calling for the cartoonists to be fired and never hired again, the not-so-polite ones calling for a lot worse. I could even argue that this mindless public outrage made the NYT editors so afraid it caused them to make their decision not to print any more cartoons, ever.

Cancel culture makes the life of cartoonists more difficult, because we continually have to be weary of not accidentally insulting people or groups of people. In the two cartoon examples above, I am pretty sure the cartoonists did not intend to cause the controversy that they did. I do have to poutn out that this caution is not wholly a bad thing, because it forces us to think about how we draw women, migrants, ethnic minorities etc. But when the consequence is total public humiliation when you get it wrong, it might be time to consider if things haven't gone a bit too far.

What's arguably even worse, it that cancel culture and social media outrage is making editors afraid of satire, reducing the number of paid spaces political cartoonist have to publish their work, or watering down the cartoons that are published. Both not good for the profession.

So it might a good time for cartoonists to explore the issue. An exhibition of 56 cartoons will be  on display from 20 September to 31 December in an exhibition in the cloister of the Monastery San Benedetto in Conversano in Italy. And as promised, here below the 10 finalist cartoons (which are presented in random order). 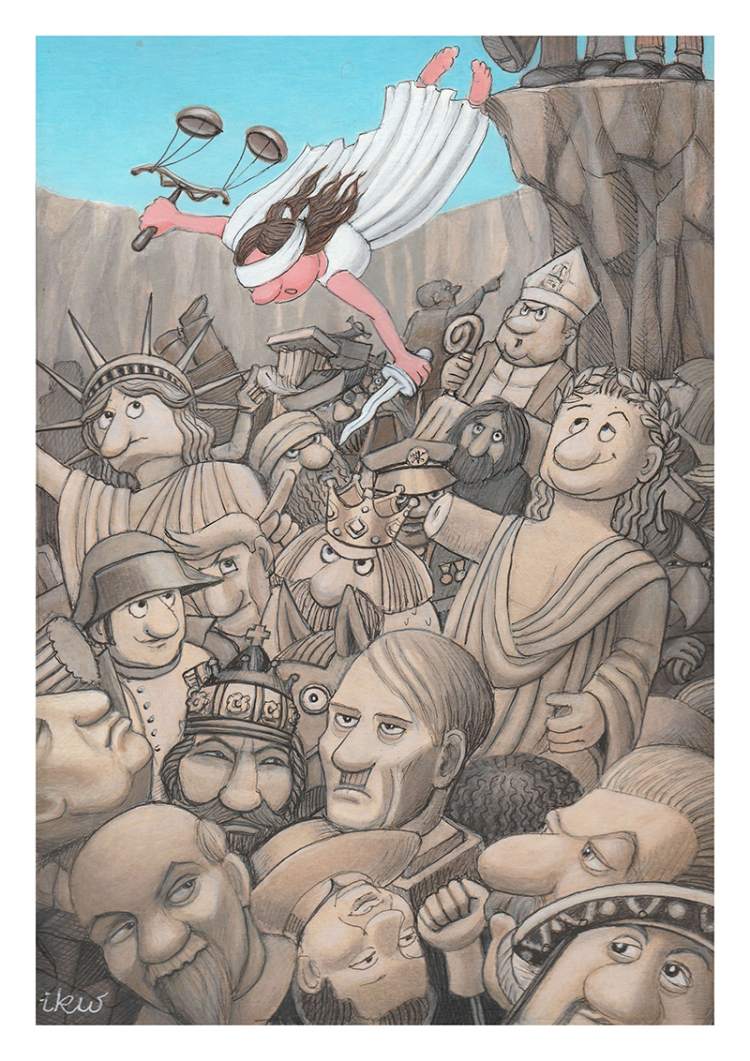 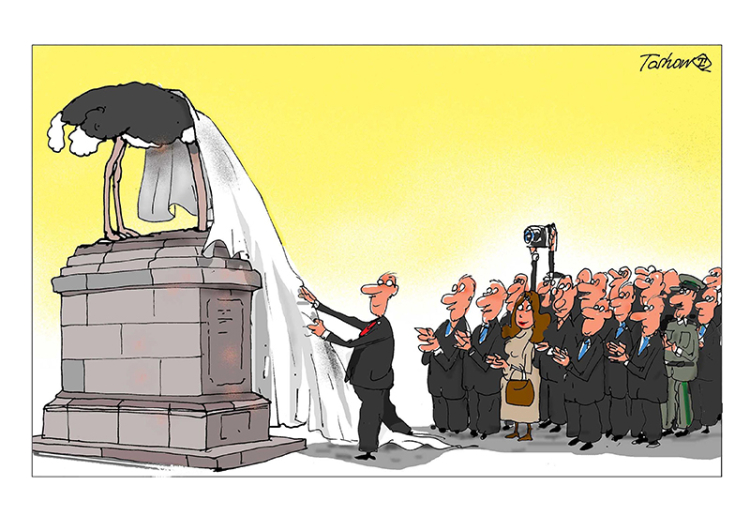 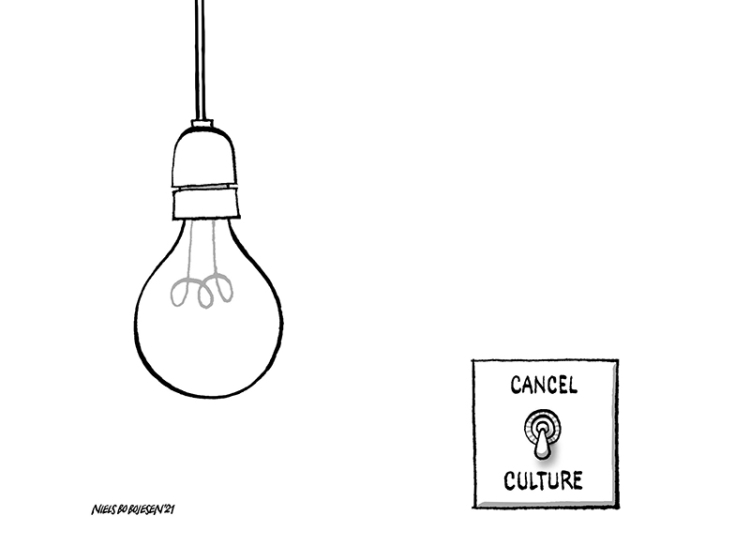 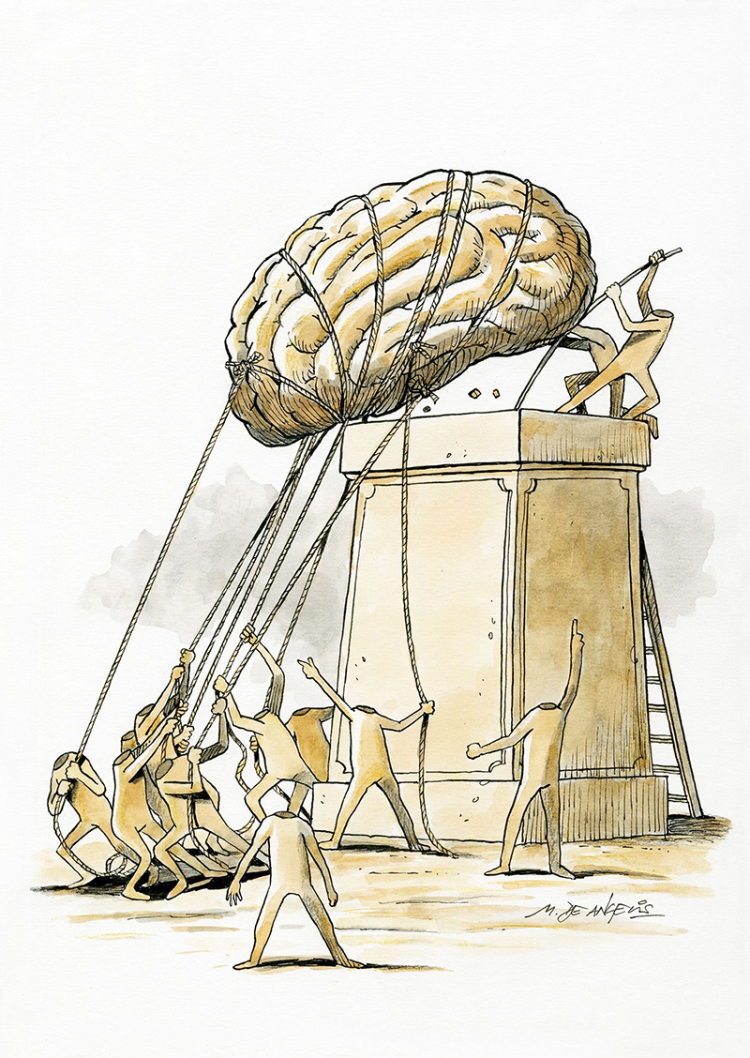 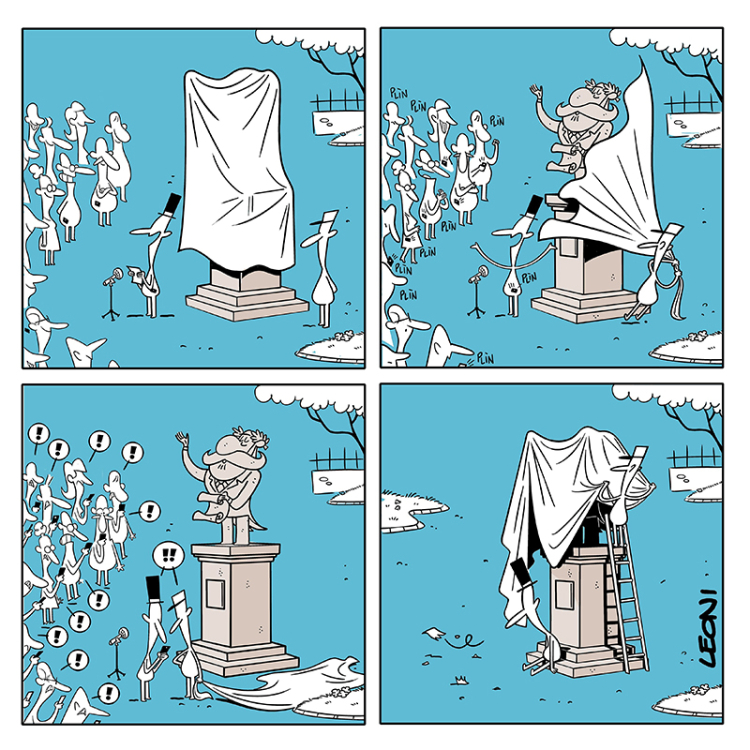 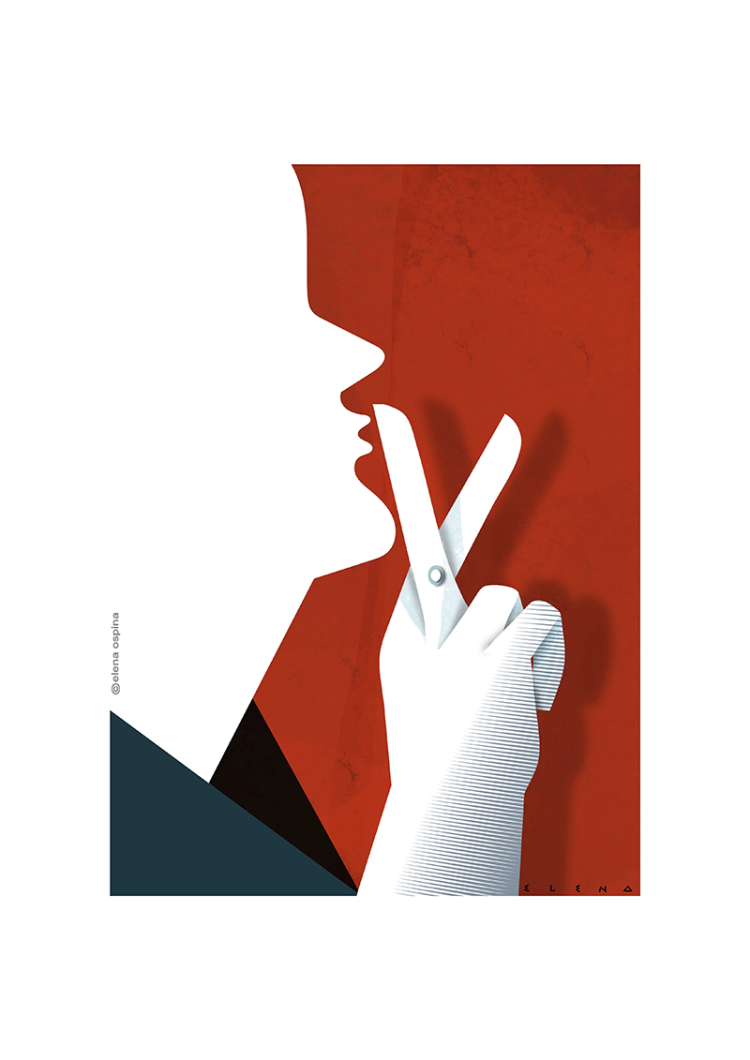 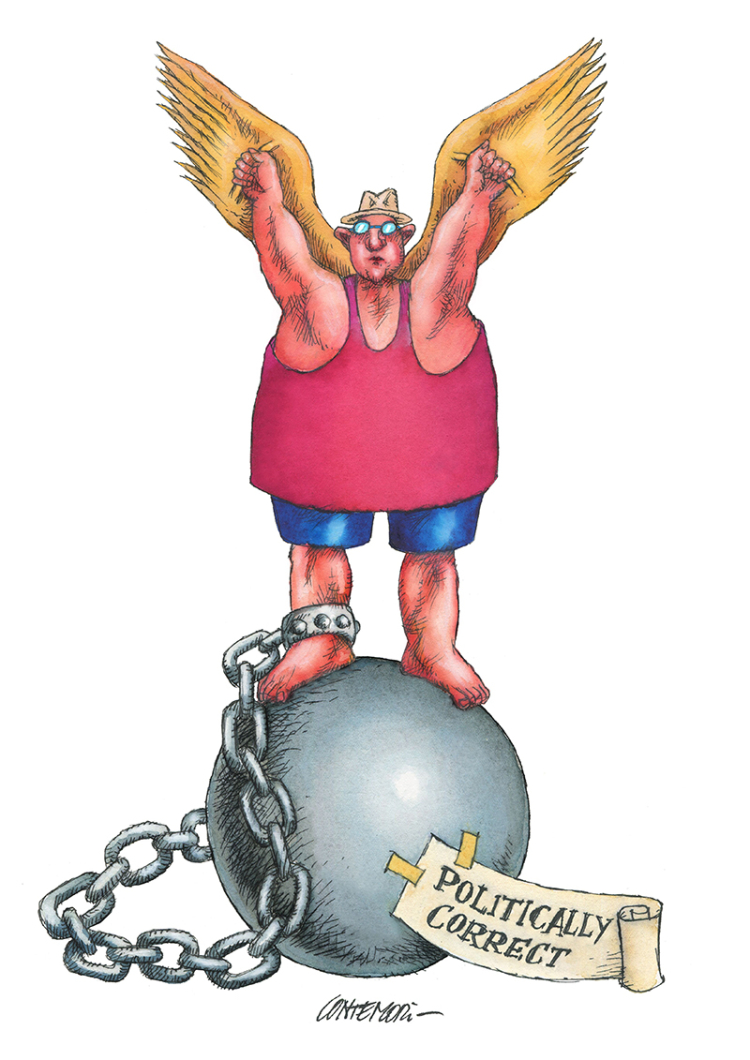 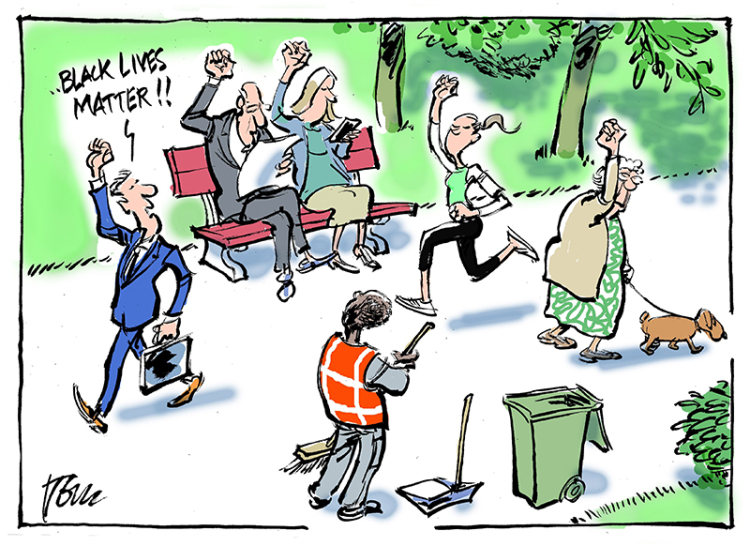 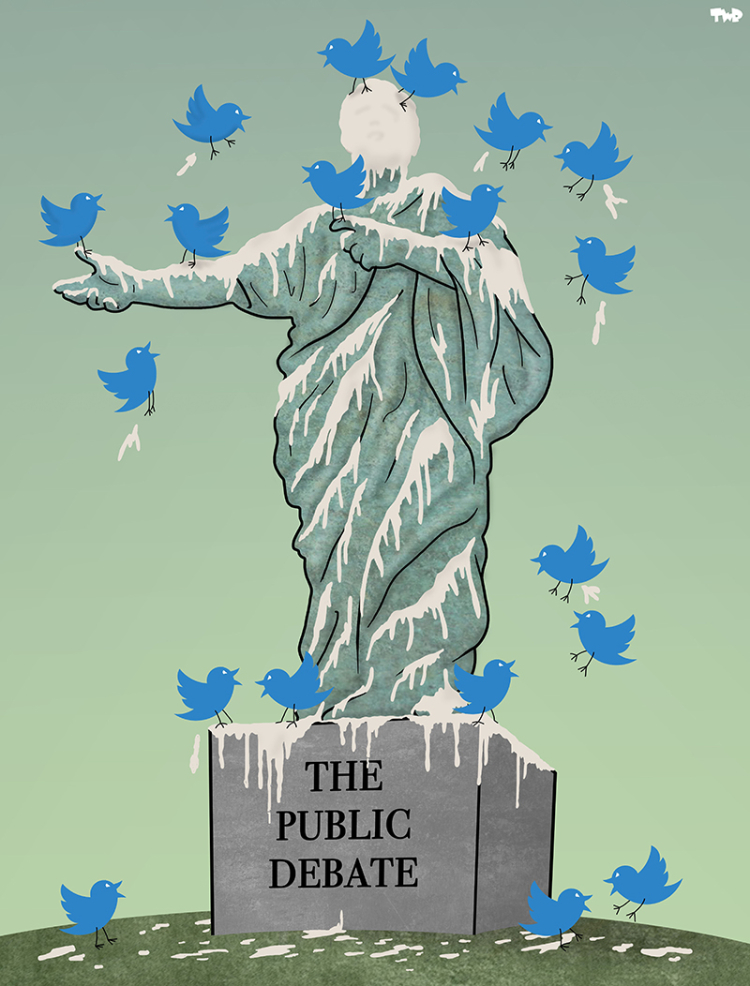