For this week's editorial, there was really no other choice than to take a look at how cartoonists visualize the 20th anniversary of the September 11 attacks. As is often the case, we can identify a couple of categories of cartoons.

The first category is the tribute or memorial cartoon: cartoons that commemorate the tragedy of the attack, the loss of life and the emotional impact on New York City, America and the world. 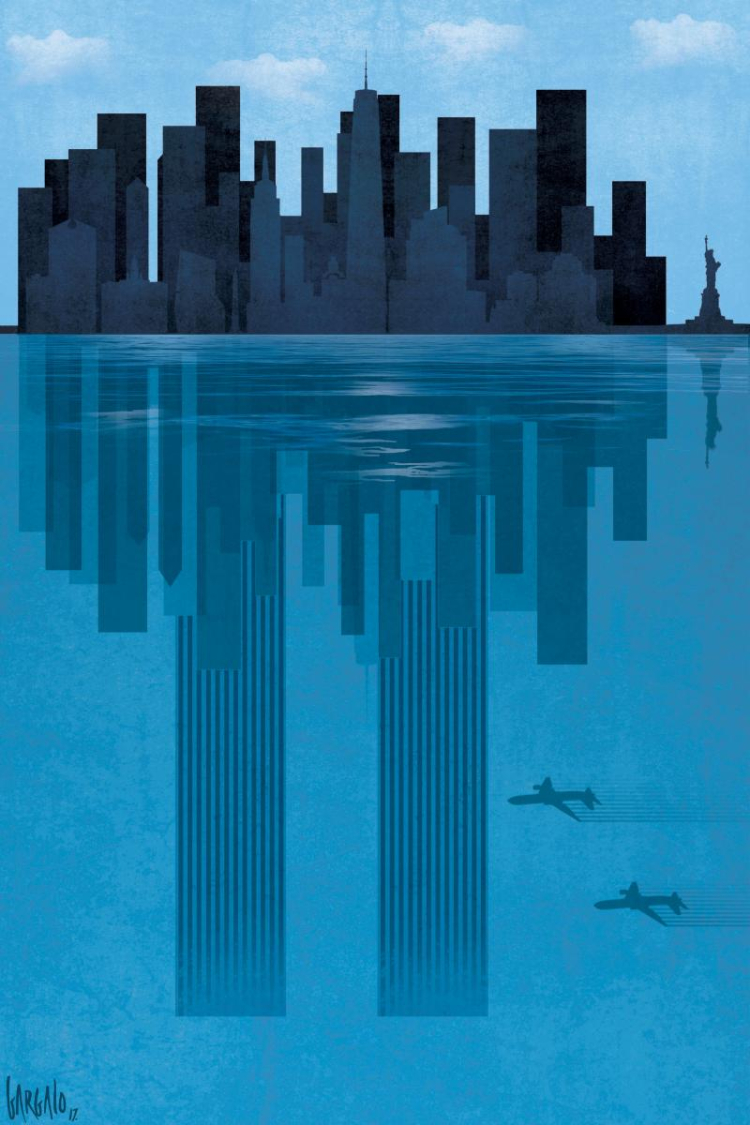 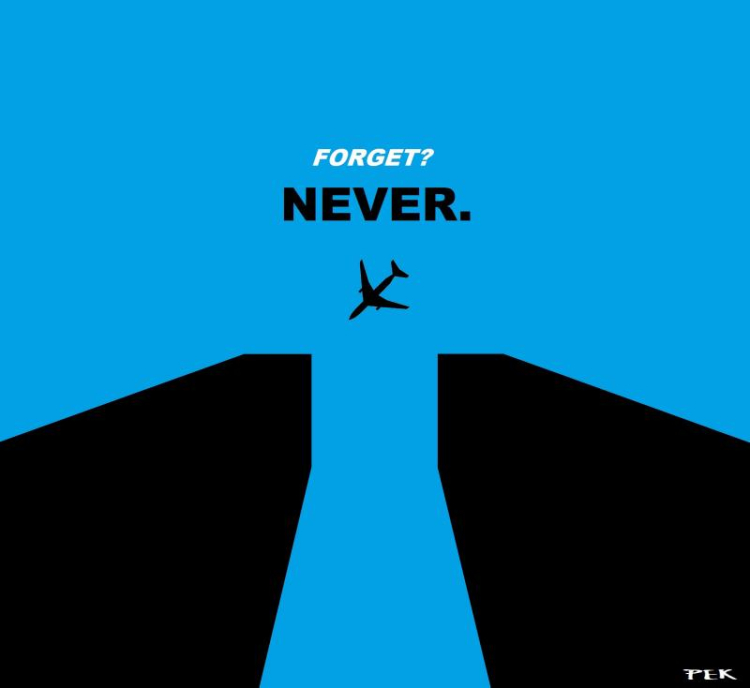 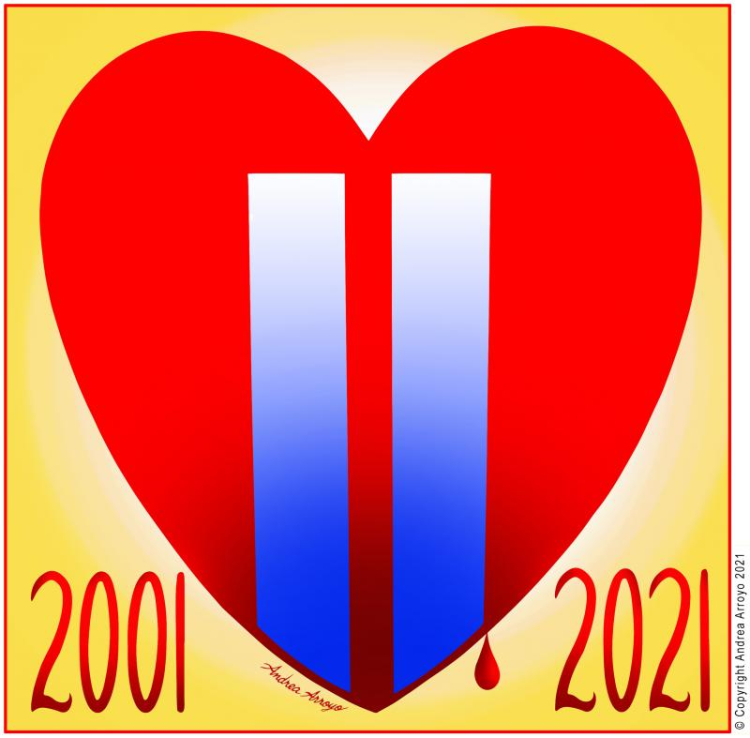 Another perspective shows the consequences of the attacks, especially for the Middle East. Some cartoonists us the iconic image of the smoking twin towers to have something emerge from the smoke (like today's cartoon on our homepage). 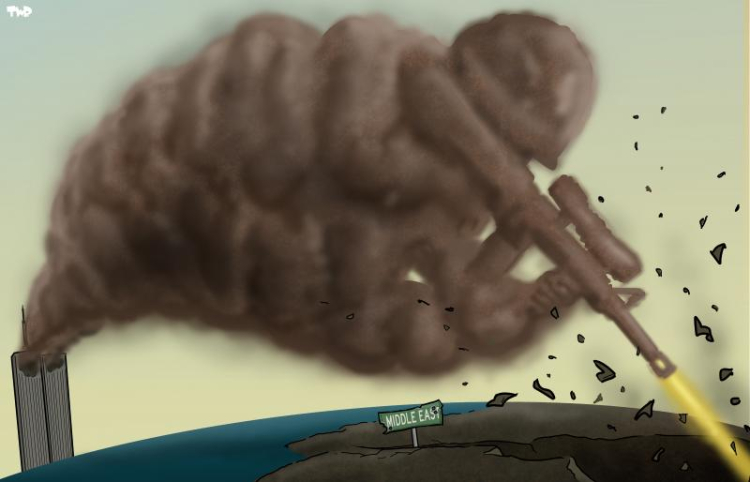 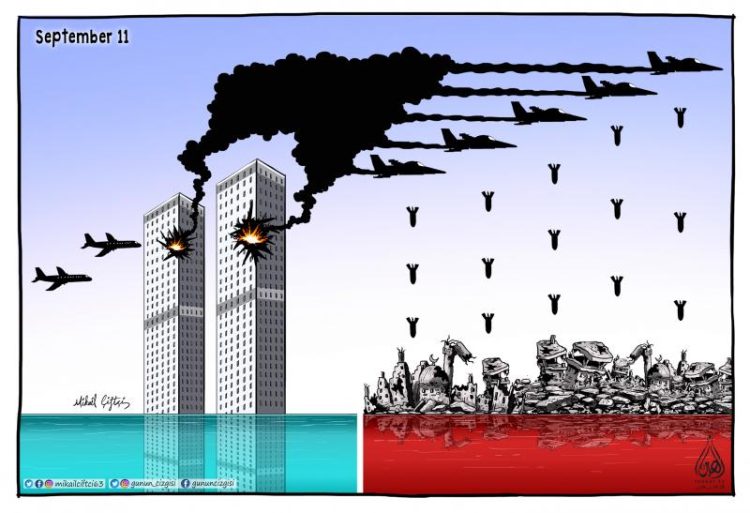 Other cartoonists play with the shadow cast by the twin towers, turning this into guns, or jet fighters. 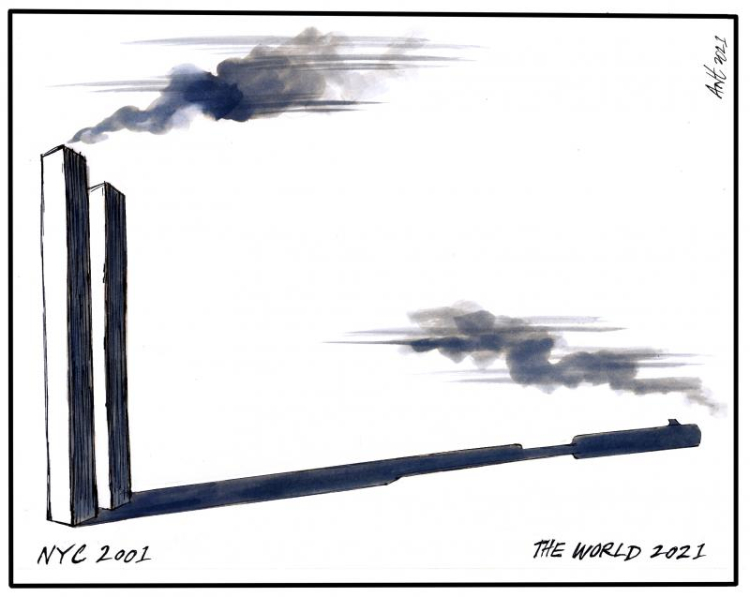 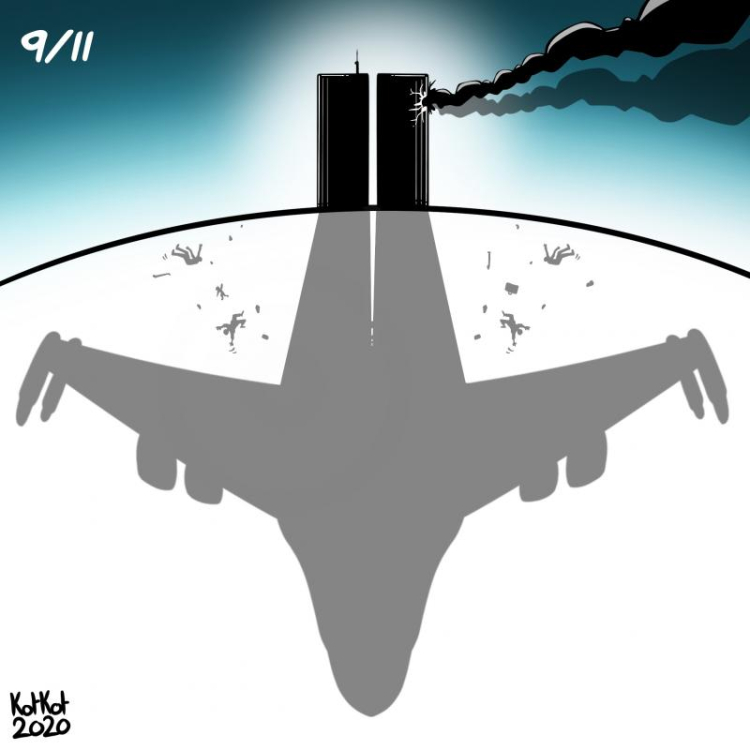 It’s interesting to see the difference here between international cartoonists and US cartoonists. Right after the attacks, it was almost impossible for US cartoonists to draw critically about 9/11 and the US response (there’s a chapter devoted to this in Red Lines, a book on censorship we recently reviewed). But even 20 years later, although a collection on The Cagle Post includes a lot of cartoons that question if America’s intervention in Iraq and Afghanistan was successful, there are very few US cartoons that lament the loss of lives (of non-US citizens) due to these military operations. Meanwhile, this cartoon by Dan Murphy draws a rather grim picture. 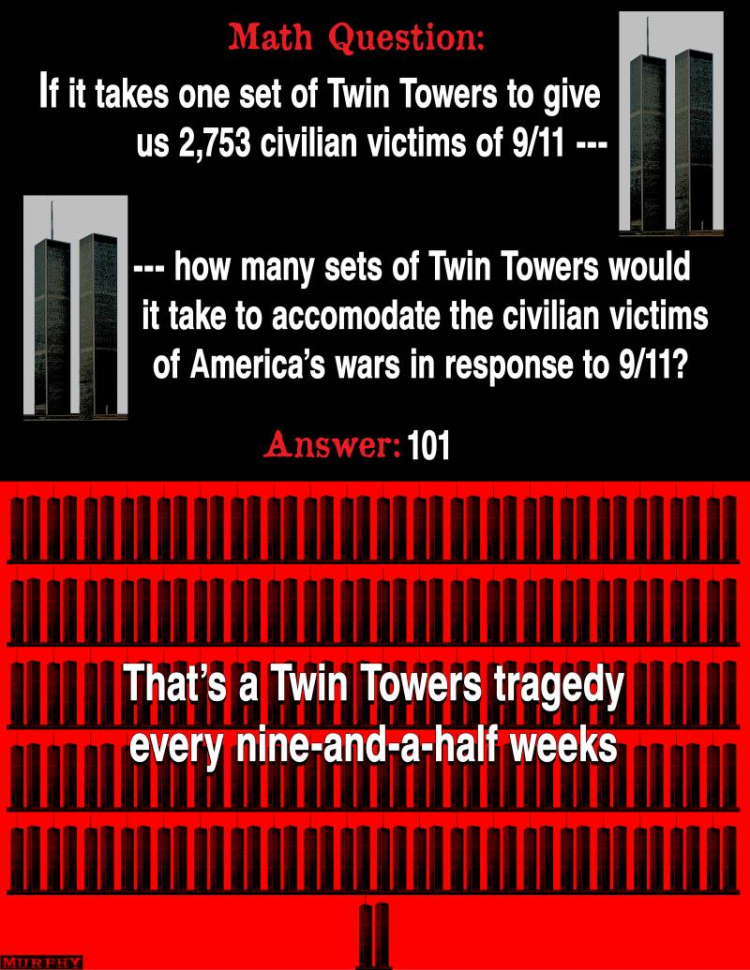 Another popular category of cartoons connect the 9/11 attack and the recent withdrawal from Afghanistan. 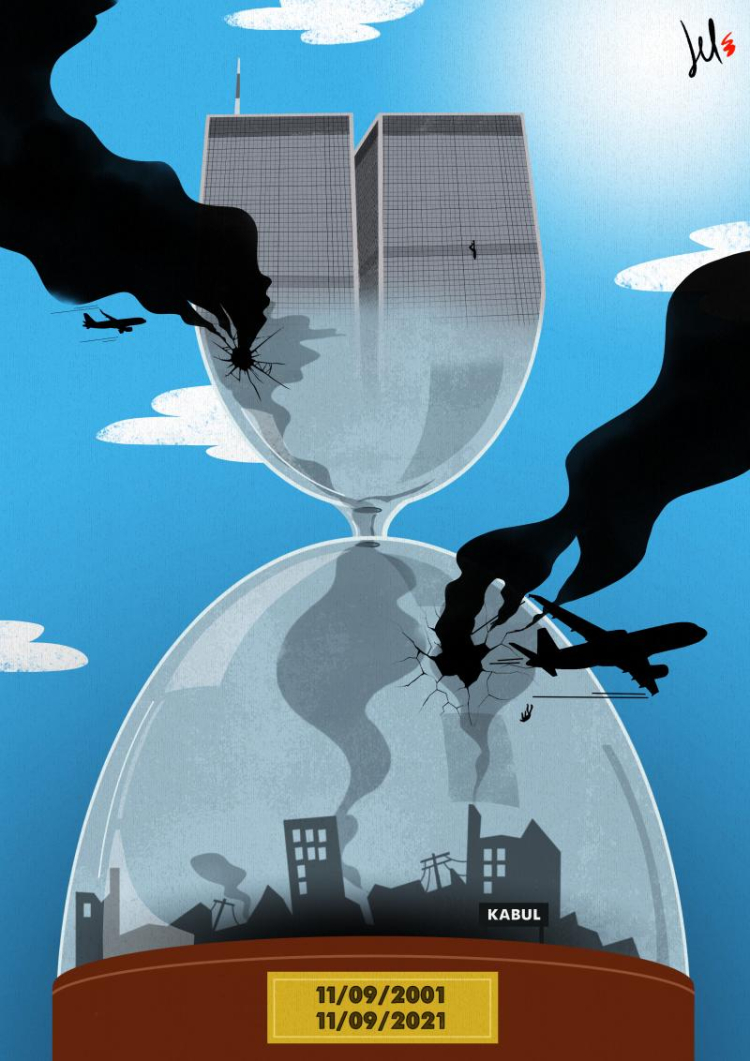 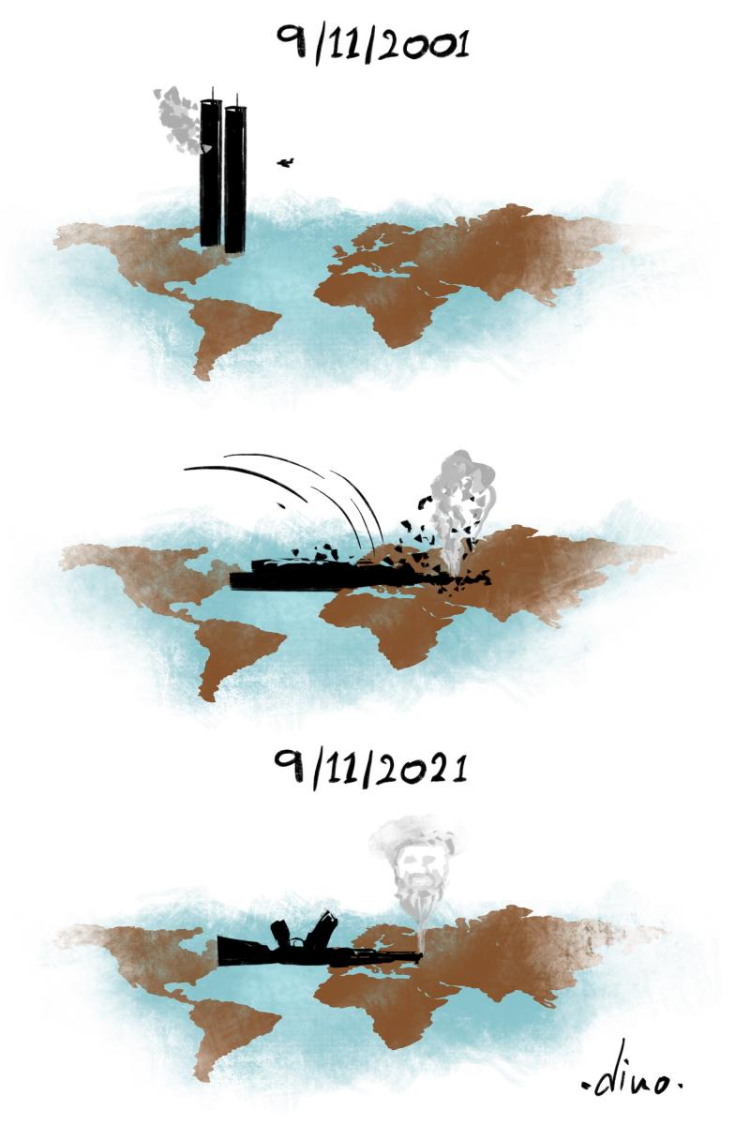 Several cartoonists have drawn the gruesome parallel of people jumping from the twin towers to escape the fires with people falling of the US military plane they had clung onto in a desperate attempt to escape Afghanistan. 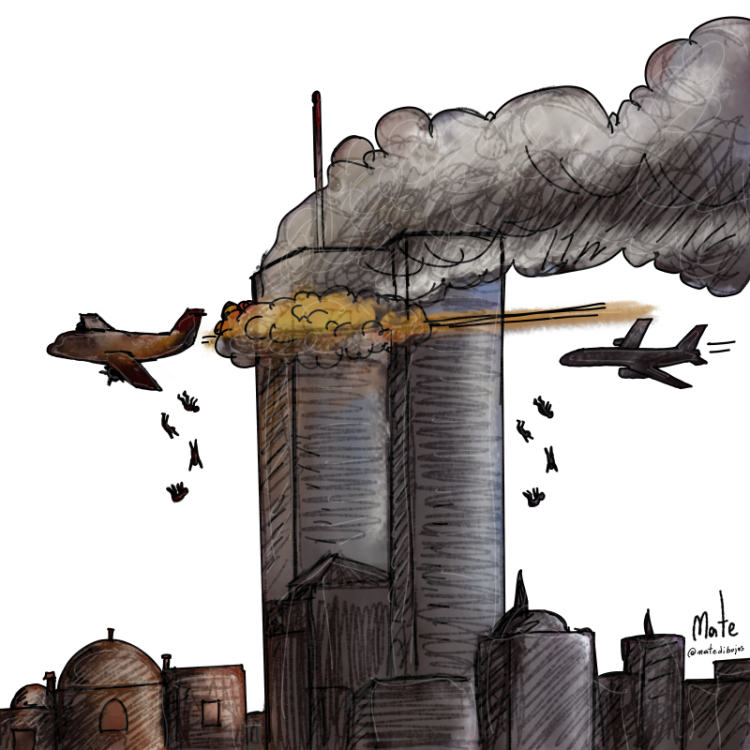 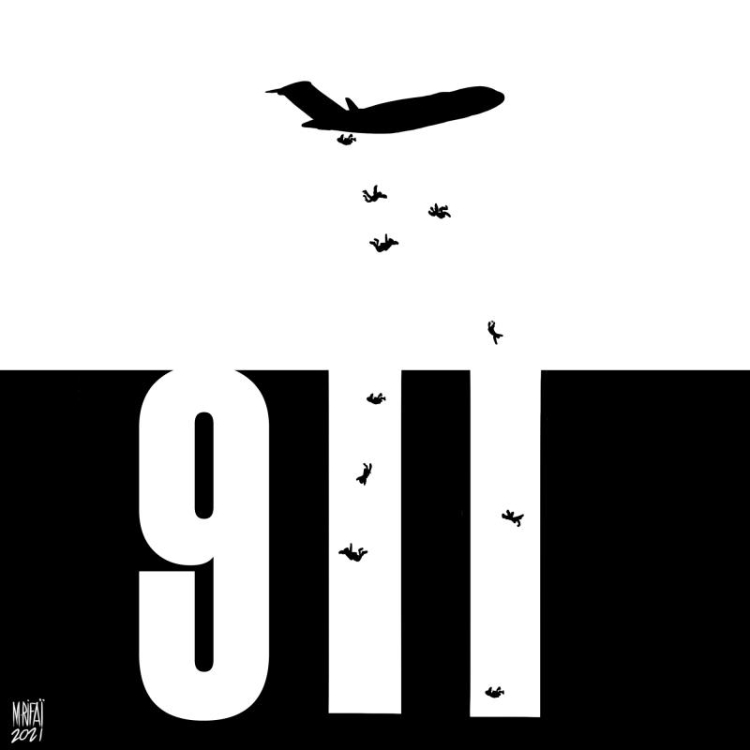 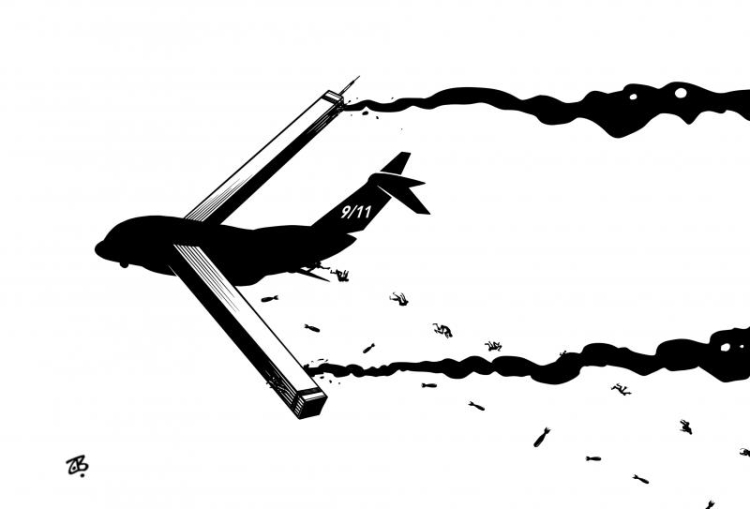 Visit our newsroom for even more 9/11 cartoons.