Yesterday we wrote about the announcement of the shortlist of the European Cartoon Award. This award is a big deal, not just because of the award of 10,000 euro for the winning cartoonist, but also because it is organized by the European Press Prize and focuses specifically on editorial cartoons that comment on the news.

There are a ton of cartoon awards out there. So much, in fact, that there is a whole segment of cartoonists making their money not by selling their work to media, but by entering into cartoon competitions and collecting prize money (if they win). There is nothing inherently wrong with this, but these cartoon contests tend to focus on generic subjects, often not even political. There are competitions about wine, tourism, animals, historic cities, traffic etc., etc. Even when they do deal with subjects that are political, these are often broad topics such as human rights, climate or sustainability. 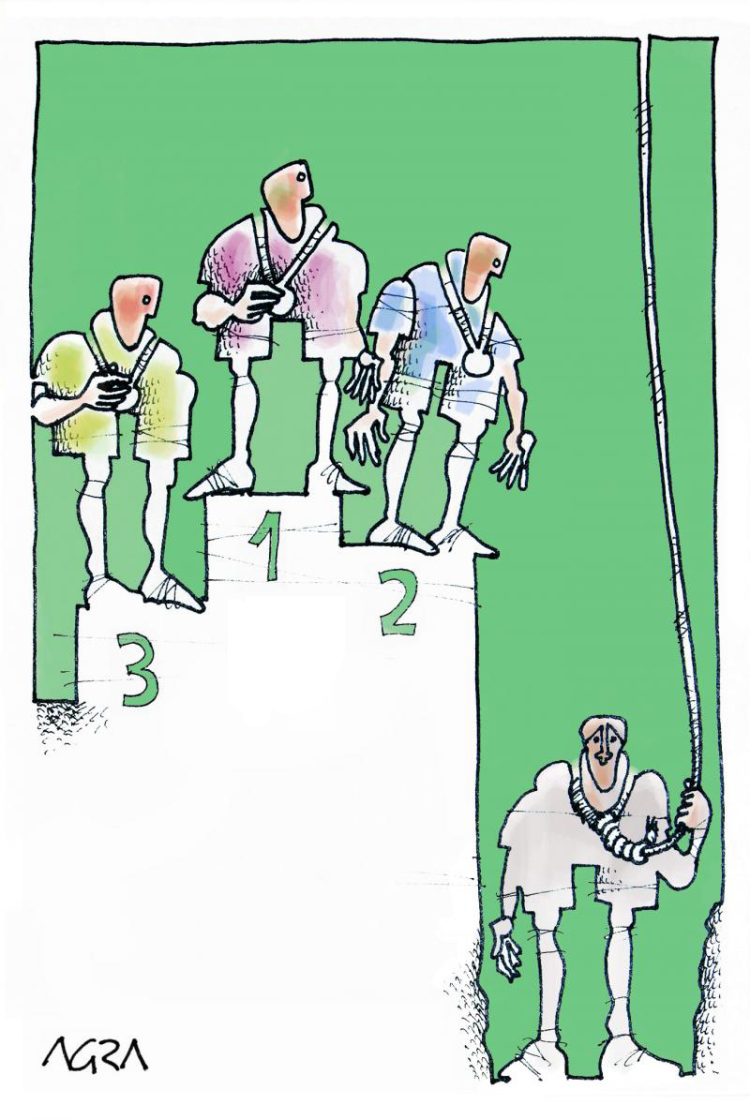 The generic nature of these contests creates a specific dynamic. The cartoons that are submitted are very often generic as well. Think deserts and cracked earth (most often with the obligatory skull lying on the ground) when we're talking about climate change, prison cells and gallows when we're talking about human rights. These generic cartoons have the added bonus that they can be used for multiple competitions by cartoonists. I have frequently seen the same cartoon appearing in different competitions over and over again. But it comes with a problem: when many cartoonists use the same visual language and symbols, many of the cartoons will be the same as well. This in turn leads to many, many accusations of plagiarism. So many, that some contests now have a probation period for finalists, so other cartoonists can complain of they see similarities to their own or other cartoons. 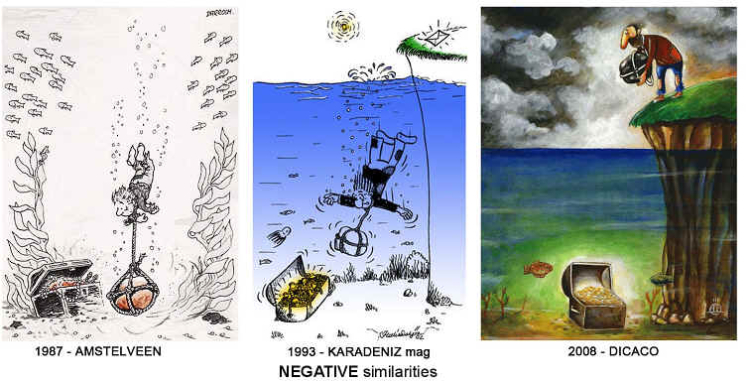 An example of suspected plagiarism

In the US, there are actually quite a few: of course the coveted Pulitzer for editorial cartooning (even though no Pulitzer was given this year), but also the Robert F.Kennedy award, the Herblock Prize or the Clifford K. & James T. Berryman Award, all the way down to local and regional journalistic awards that include a prize for the best cartoons. There is a catch: most of these awards come with a submission fee. This was fine in a time when your newspaper would submit your work for you, but isn't now that most cartoonists are freelancers struggling to make ends meet. The good thing about these awards is that they focus on the journalistic aspect of cartooning, considering them an integral part of a free media, just as it should be in my opinion. In the Netherlands (where I live) we have just one annual political cartoon award; I am not an expert in the field of national cartoon awards, but I suspect many other countries similarly have one or none prize(s) for editorial cartoons.

So then, why does all this matter? Because I believe that for political cartoons to survive it's essential that they are recognized as a distinct and relevant part of the journalistic discourse. In a world where the profession is increasingly under threat of economical constraints and censorship, having reputable journalistic awards that specifically award editorial cartoons can help to remind people why political satire is vital for democracy and freedom.