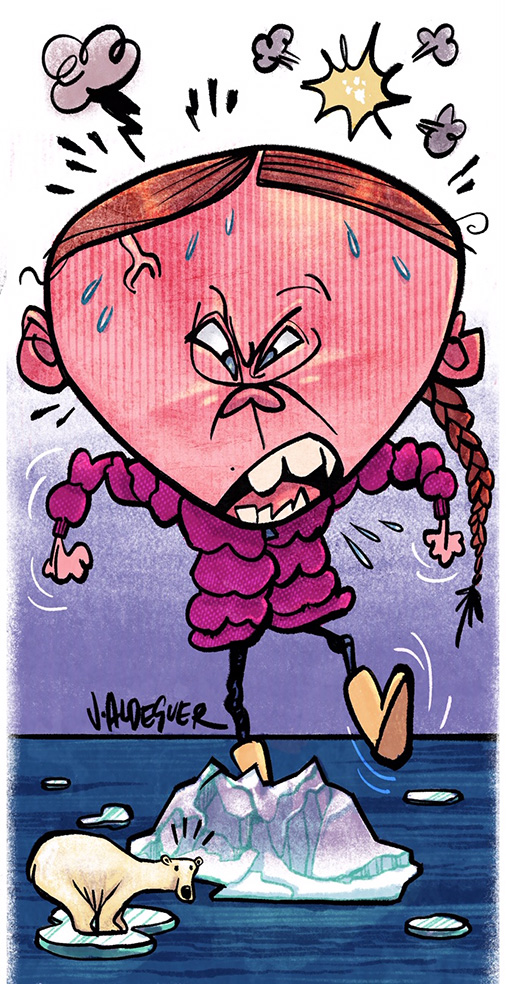 Joaquín Aldeguer is a Spanish caricaturist, cartoonist and illustrator. His works has been published in Público, ABC, Información, El Jueves, Judici a la Democràcia, The Village Voice, to name a few. Check out his Instagram to see more of his work. 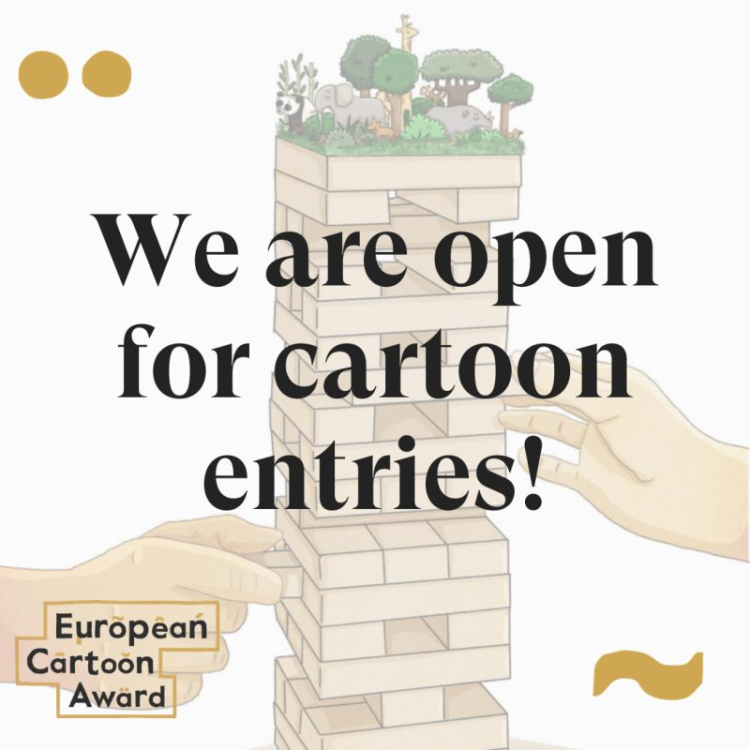 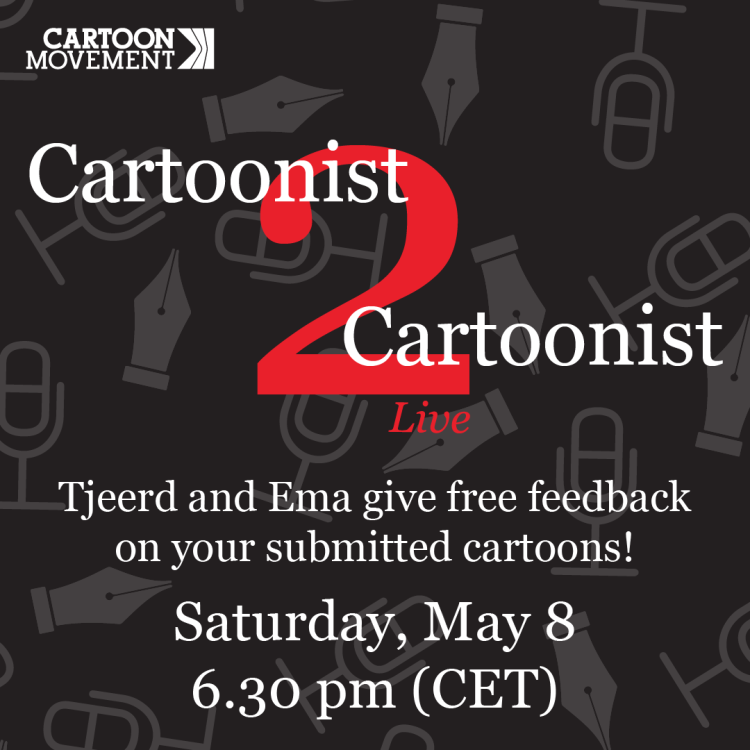 Join us tonight live on Instagram at 6.30pm CEST for the second episode of Cartoonist 2 Cartoonist. CM editors will give constructive feedback on a selection of cartoons. We received a lot of submissions again, ranging from Oman to Mexico, so we hope to see you tonight!

CM on a short break 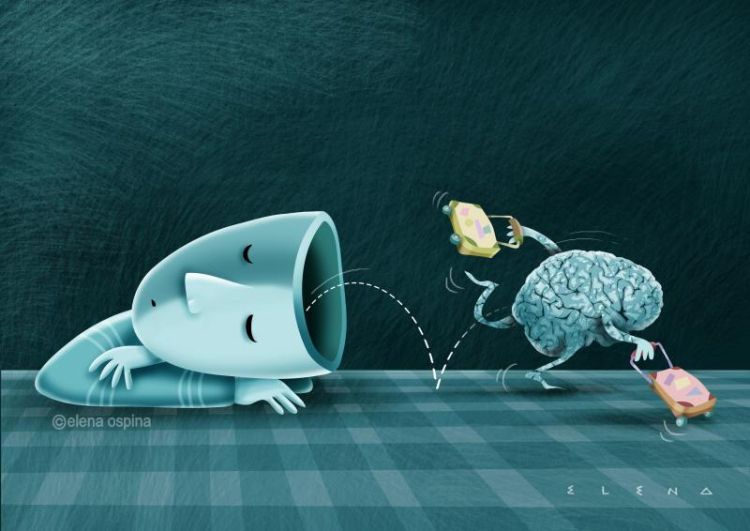 We are taking a short break from our (busy) publication schedule this week. There will be fewer website updates and we will be less active on social media. We'll be back on Monday May 10. See you then!

The laughter paradox: on satire and sexual violence

You must know I love Gipi. As a cartoonist, his sheer talent and creativity are what I feel I must aim for, at least from a stylistic point of view. That’s why some days ago, as I often do, I visited his Instagram profile, and that’s when I read his short story Inspector Modern.

The story goes like this – you can read it here, in Italian: Inspector Modern – that’s his surname – is in his office when a woman, Marisa, is brought in. She’s hurt and bruised and wants to denounce sexual aggression. Andrea assaulted her, she says. At this point Inspector Modern loses it completely, and starts cursing at the male universe, saying that he feels ashamed of being a male himself because of these episodes of violence.

Then he concludes that, after all, this is a simple case, because Marisa is a woman. He believes her, because “one must always believe a woman. That’s not that hard to understand.” 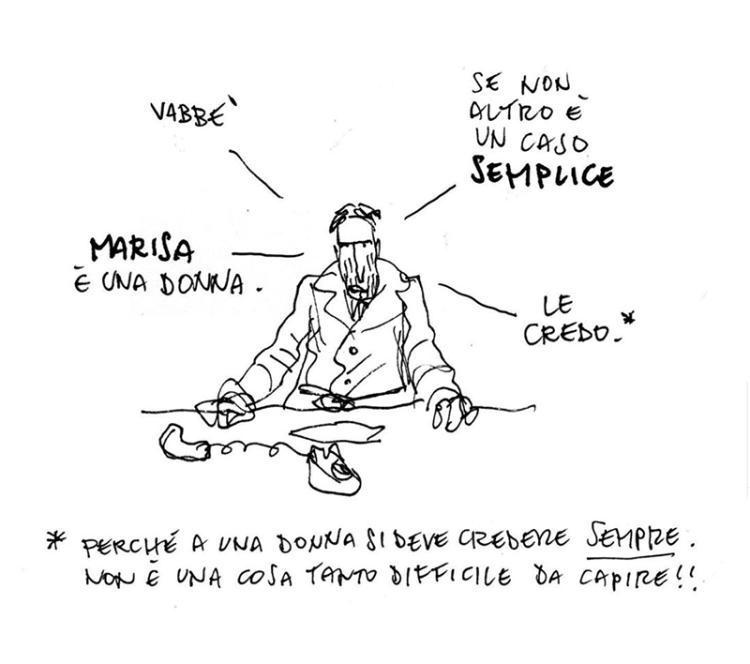 So Andrea is brought in. But Andrea is a woman as well. And she says Marisa assaulted her. Moderno is baffled and lost for words. The end.

So, the paradox here would be that he said we should always believe women, and there are two women giving contradictory statements, accusing each other. Who to believe, then?

Some context. Gipi wrote this story in the aftermaths of a scandal that is still rampaging in Italy: the son of Beppe Grillo, one of the founders of the political party Five Stars Movement, has been accused of having raped – together with four of his friends – a girl. A video of the violence is circulating the web, and Beppe Grillo made his own video to defend his son, and then Grillo’s wife did the same, and then, and then, you get the gist.

So, does Gipi’s paradox sound appropriate, to you?

Some things, we shouldn’t say

I got to the Instagram post containing the short comic strip when the shitstorm was blowing at its hardest against Gipi.

His line of defense was pretty much something on the line of “cancel culture,” or “nobody gets me,” or “how can you think I would justify a rape,” or “this is just a simple story,” things that to me amount to say, when accused of racism: “Let me tell you, I have so many black friends!”

From the perspective of a cartoonist – which I am, although I am an editorial cartoonist and Gipi is not, so there are some differences – there are things that you could say, because they might be clever and make somebody laugh, but you decide not to say them, because they would be inappropriate, and although not openly wrong, surely distasteful.

Gipi says he wrote his story after having read an editorial written by Simonetta Sciandivasci in the newspaper Il Foglio. I can’t read the article, since I am not a subscriber, but I found a tweet by Sciandivasci which, interestingly, sounds like a comment on Gipi’s Inspector Modern. 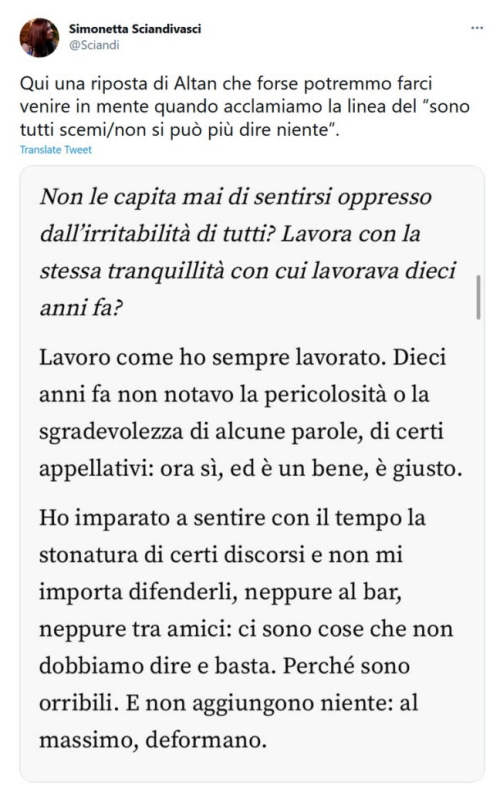 She says, I translate: “Here is an answer given by Altan – legendary editorial cartoonist – that should come to mind when we support the line of ‘everyone is stupid/one can’t say anything anymore.” And what Altan says is, I translate a part of it: “There are things we should simply not say. Because they are horrible. They add nothing: at best, they deform things.”

Isn’t this what every professional should do? One can make mistakes, but the struggle is always finding the balance between making a statement and not offending in a gratuitous way some of the individuals involved in a story.

But here, Gipi’s choice of drawing this strip, and the arrogant defense of his freedom of being sharp and cynical, are a mere stylistic exercise.

Why draw a story based on a paradox about sexual harassment, whose pivotal sentence is “One must always believe a woman. That’s not that hard to understand.”? The premise is wrong, and, even worse, sounds like a mockery of a statistical fact, a journalistic fact, a freaking fact: during 2020 alone, 91 women were killed, and there were 1,522 emergency calls for stalking and violence only between March and June 2020. Ha, ha, ha! Right?

I call this behavior lack of professional deontology, of professional ethics, that is. Gipi is not an editorial cartoonist, but he is, like all of us, a creator of culture. He has an ample following, and when he decides to give his opinion he must know there will be people listening.

We must to dare not laugh

Honestly, I’m growing tired of this habit of marking people that take things seriously as “boring” or unable to understand irony, or “touchy” or “humorless.”

There are things that are not funny, even if a funny story can be drawn about such things. In this particular case, although I don’t support full-on attacks on a cartoonist, I think critiques were totally justified. By the way, I haven’t spotted even a single insult towards Gipi in the comments thread under his story.

This strip is clever, yes, maybe even funny, but doesn’t make me laugh. I actually do not want to laugh at it, because laughter is an extremely serious matter, and even smiling at the Inspector Modern story would mean, in a way, allowing a sad story – or all the sad stories – of violence and harassment to be summarized by a silly and empty paradox. Laughing is, more often than not, a statement.

Laughter is an extremely serious matter. This also is a paradox.