No matter what part of the world political cartoons are from, they have a few things in common. One common trait is that they are not good at nuance. Cartoons see the world in black and white, right and wrong, justice and injustice. This is perhaps why the chessboard is such a popular symbol among cartoonists. Like cartoons chess divides reality in black and white.

And there is another division that defines chess. The divisions between the pawns and more valuable pieces. Chess divides the world up into expendable pawns, and pieces of varying degrees of power. Just like how many cartoonists view and portray the world. So it's no surprise we see the chess board used as a metaphor for inequality and in injustice is many cartoons. Here are some of our favorite examples:

German artist Rainer Ehrt divides the world into two sides of a chess board. 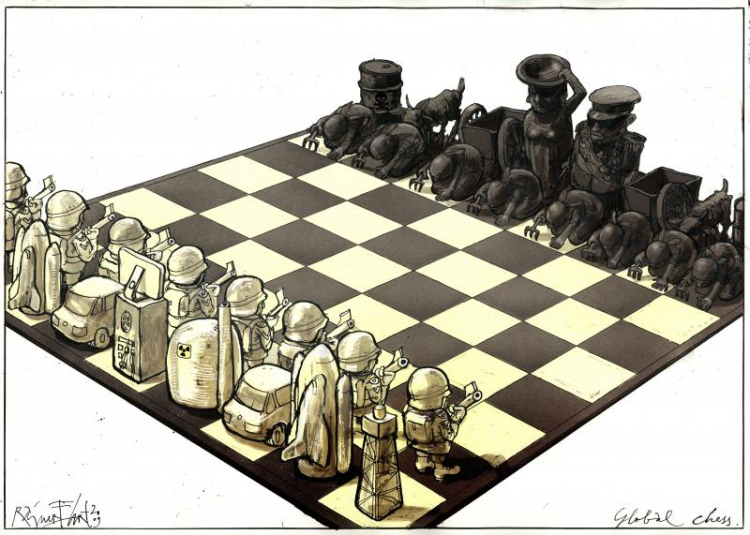 We do our best to make sure it stays that way, according to Jean Dobritz... 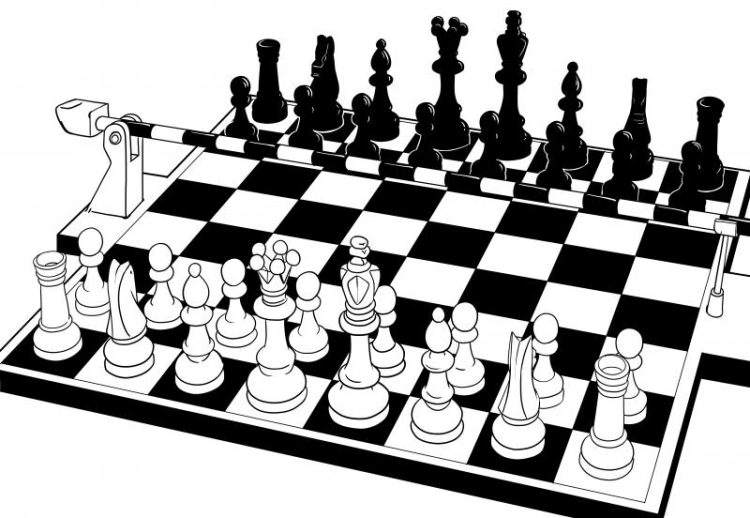 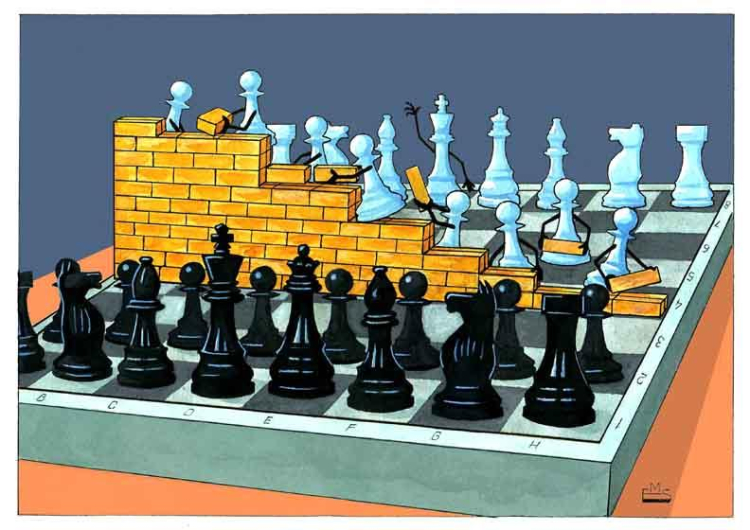 Hasan Abadi shows what civil war looks like using a chess board. 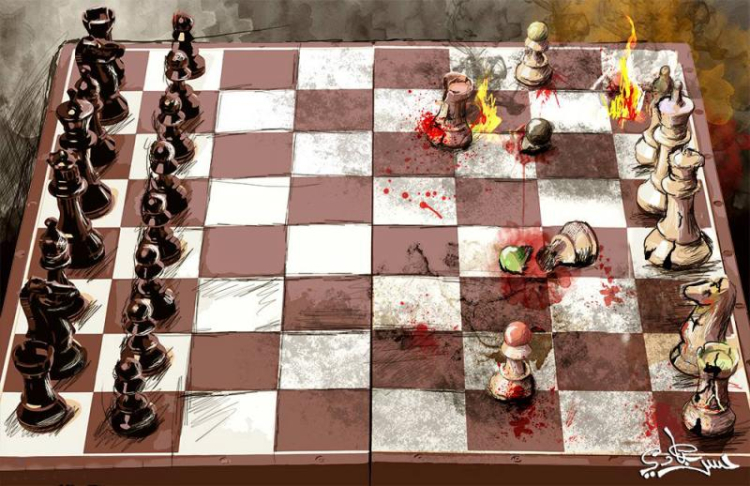 Bombs become chess pieces in this cartoon by Anne Derenne. 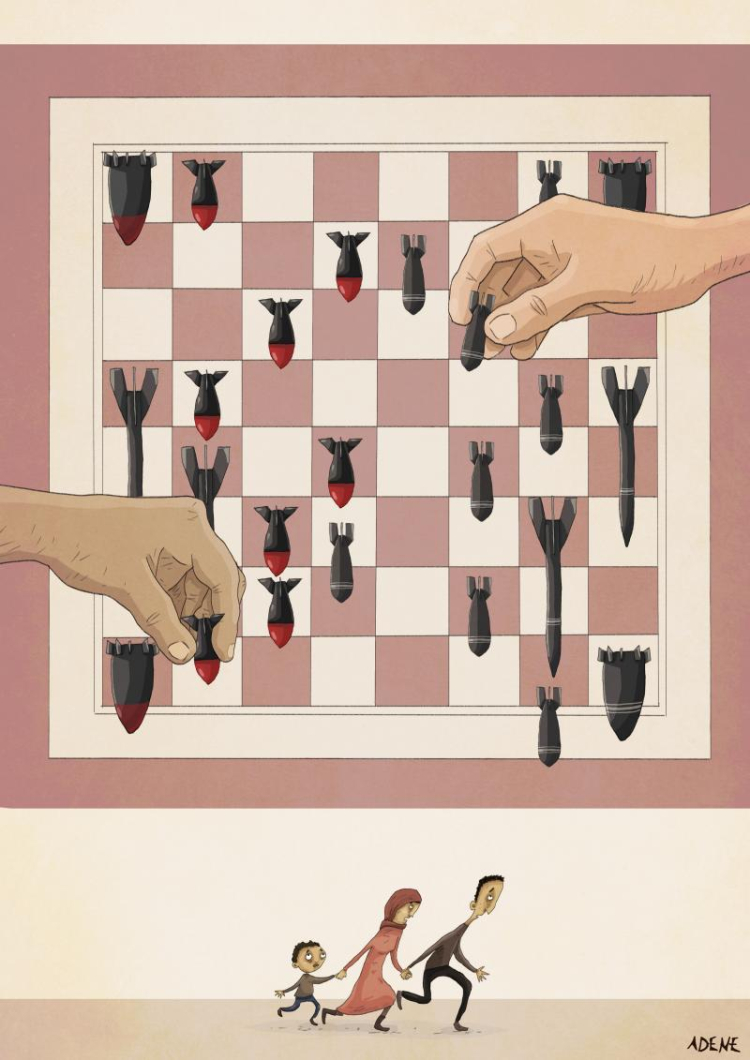 And refugees become the expendable pieces in iMerlo's work. 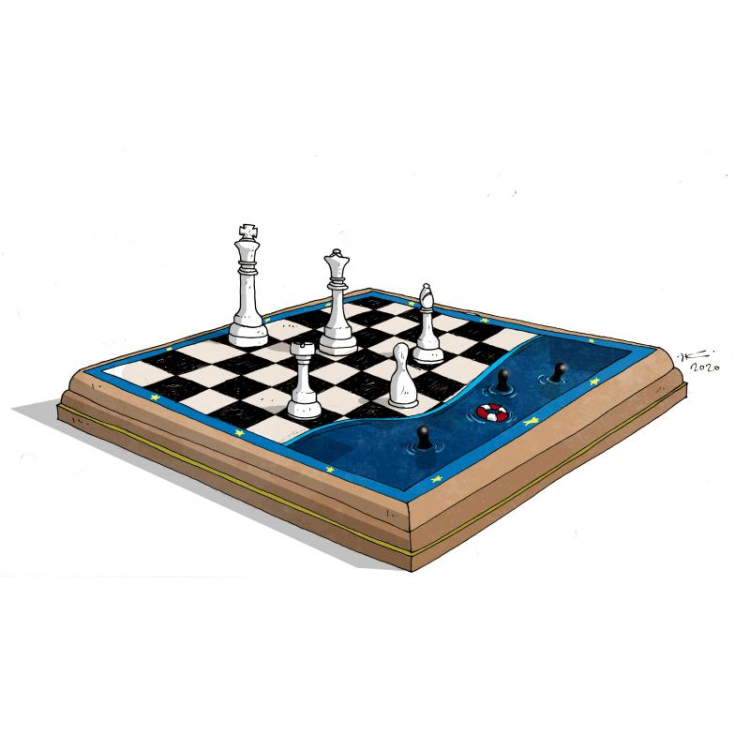 The pandemic is a big game of chess, according to Zach. 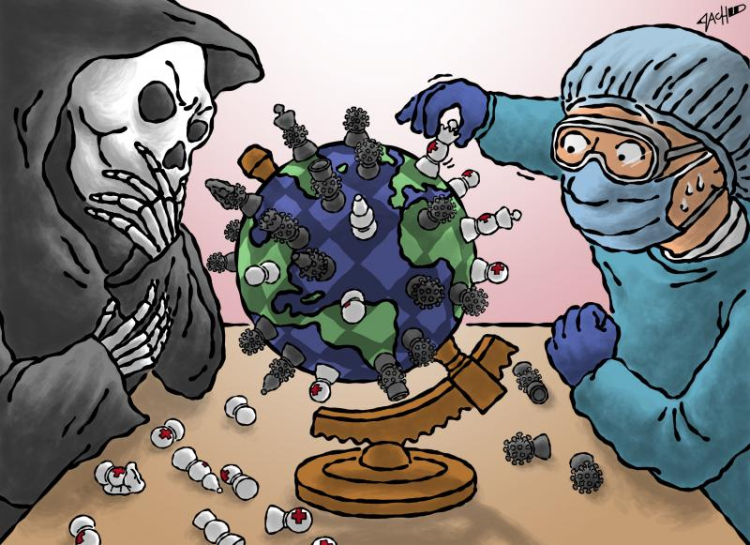 Cuban artist Miguel Morales Madrigal agrees, but has a different analysis of who is his most by corona. 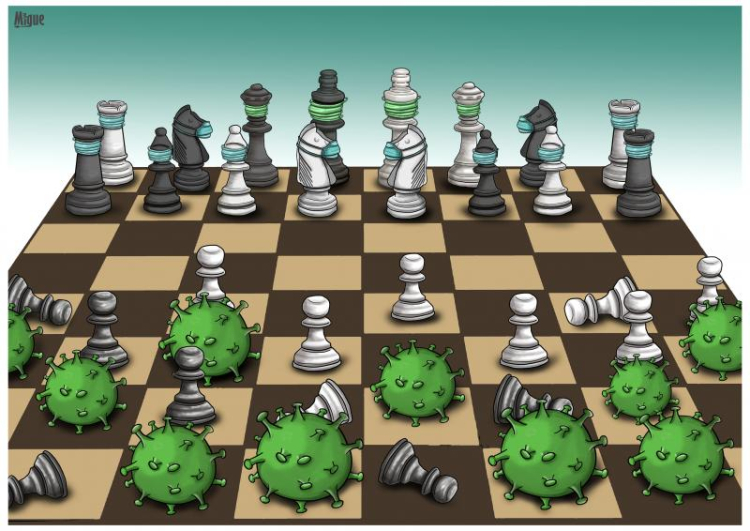