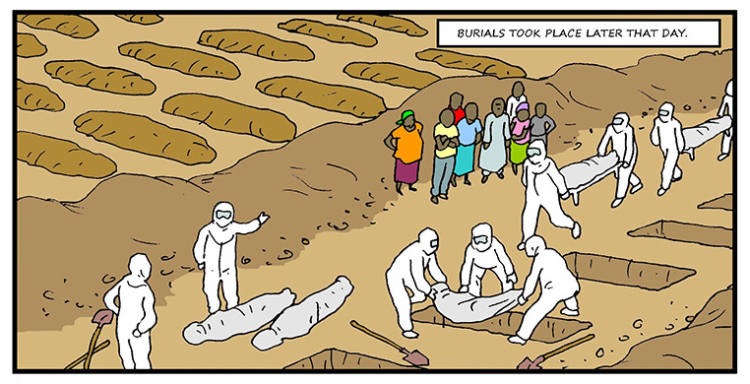 In partnership with the Centre of Public Authority and International Development (CPAID) of the London School of Economics and Political Science (LSE), we are producing a series of six comics on public authority in different countries across Africa.

2014, Sierra Leone. In the midst of the Ebola crisis sweeping the country, the comic tells the story of a burial team in charge of documenting Ebola cases and processing the bodies. Although a gruesome job, for most this was also their first formal employment that paid well and regularly.  The art is by Didier Kassai, who also made Making ends meet around Virunga.

You can read the full comic below or download the PDF here. 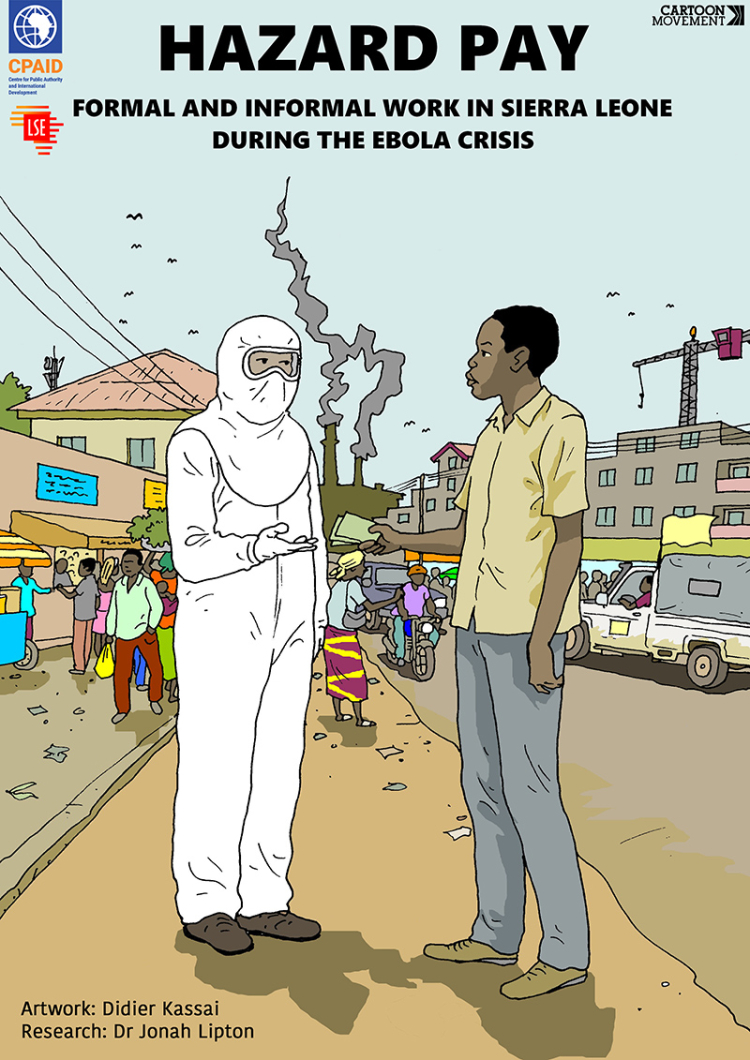 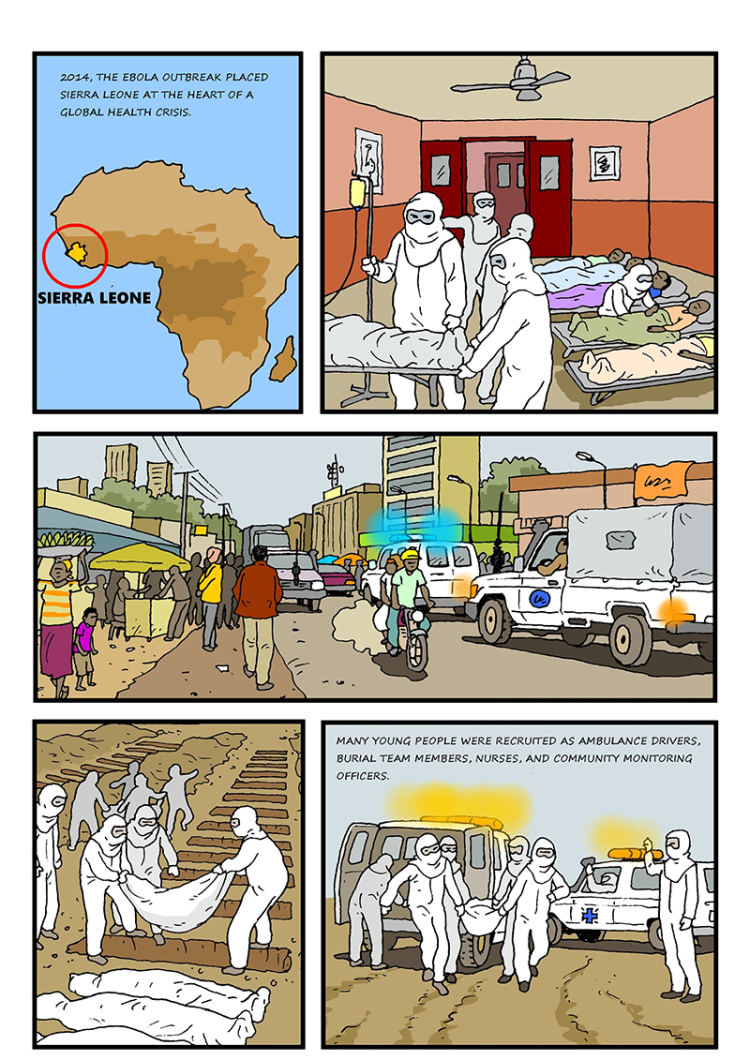 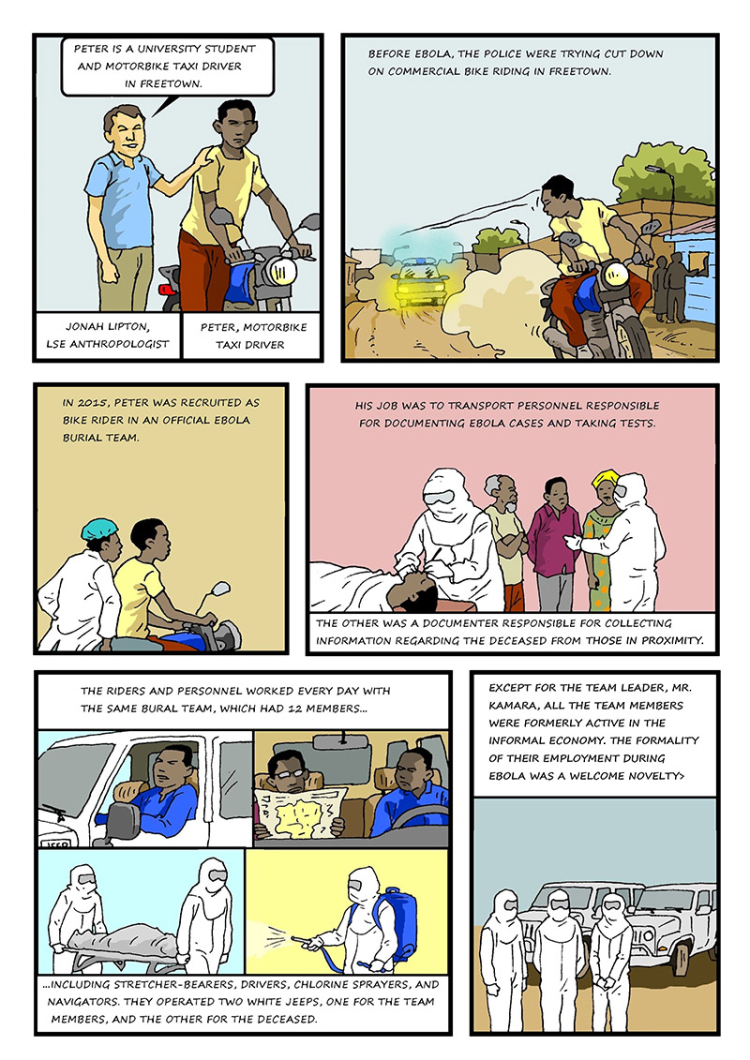 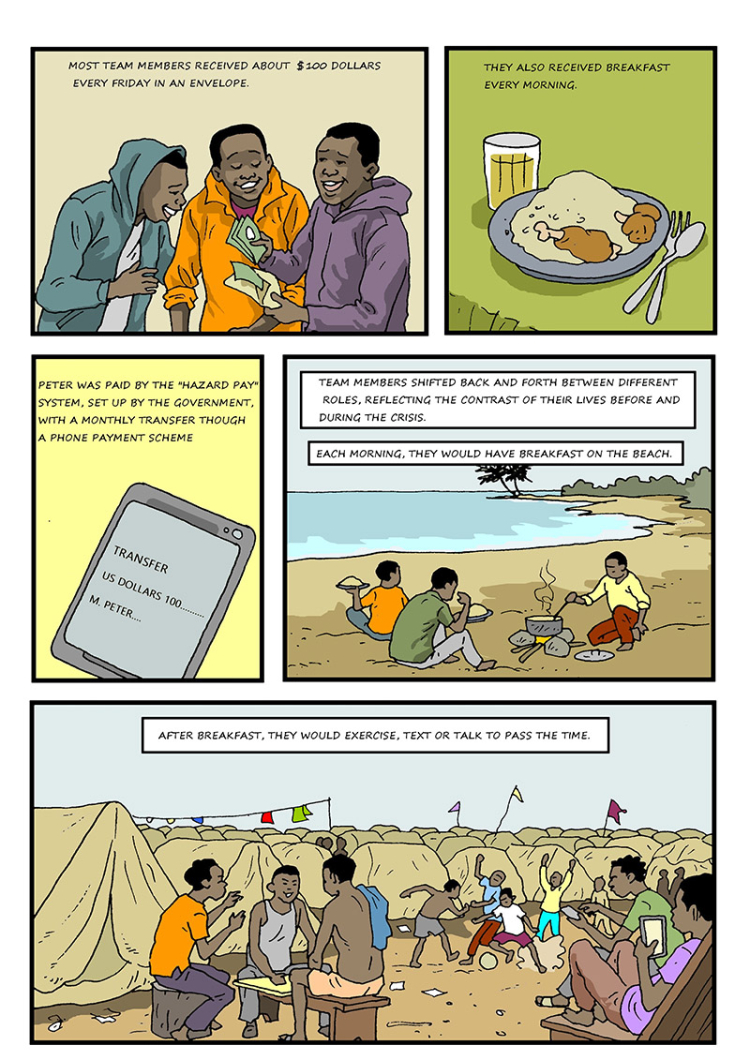 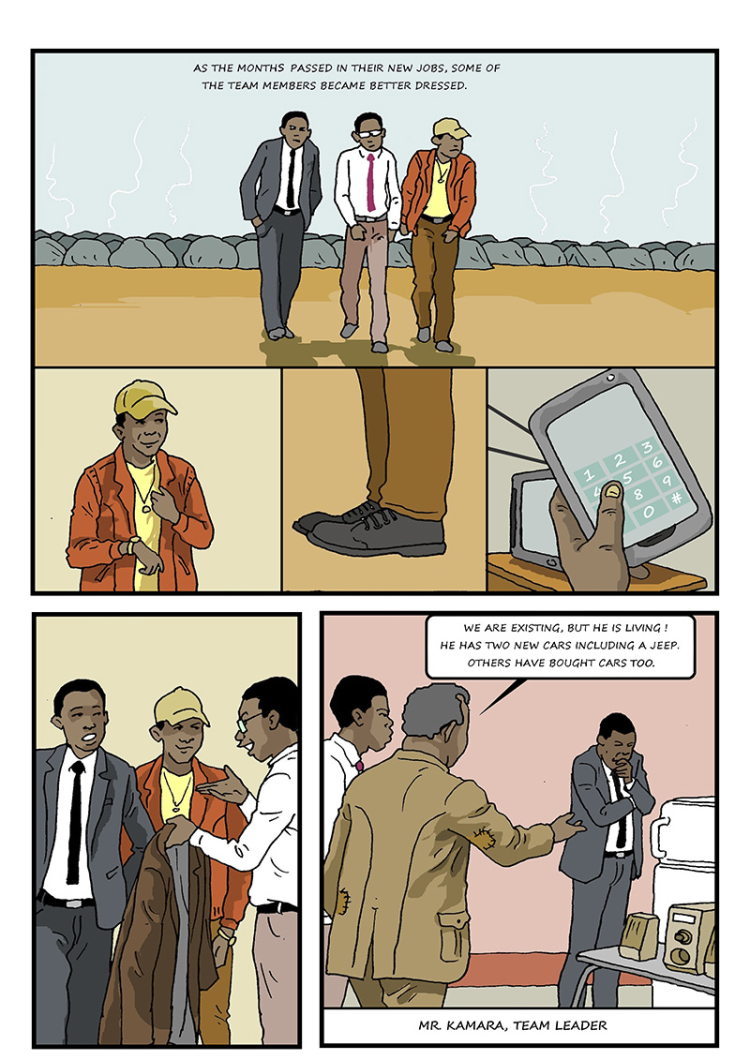 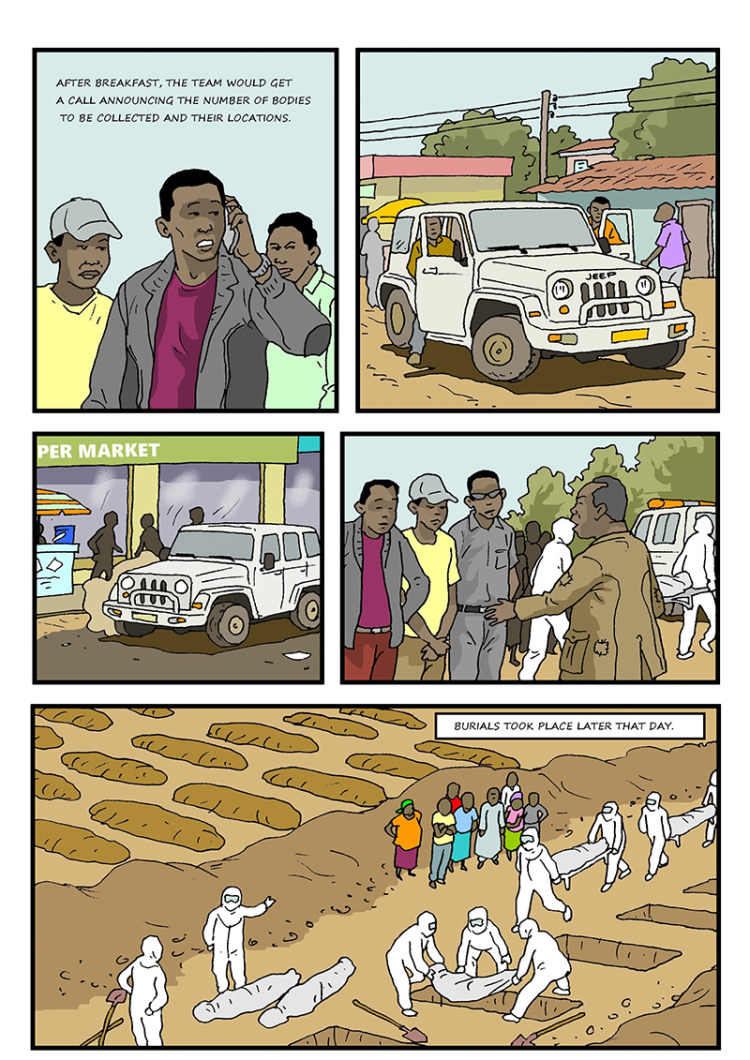 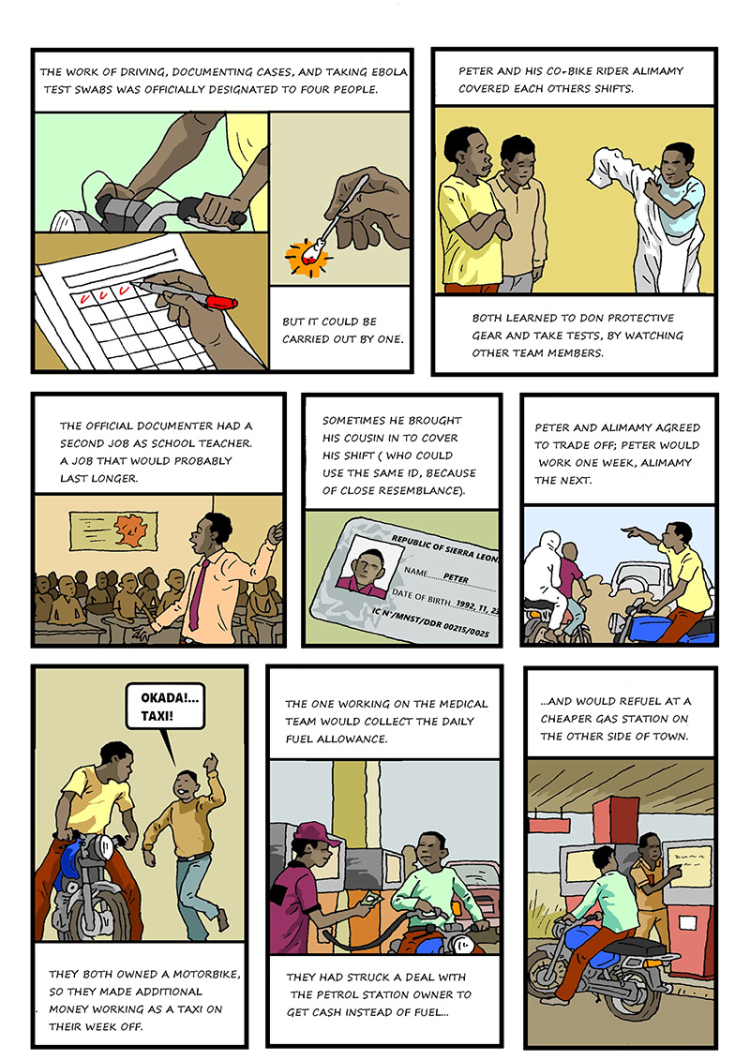 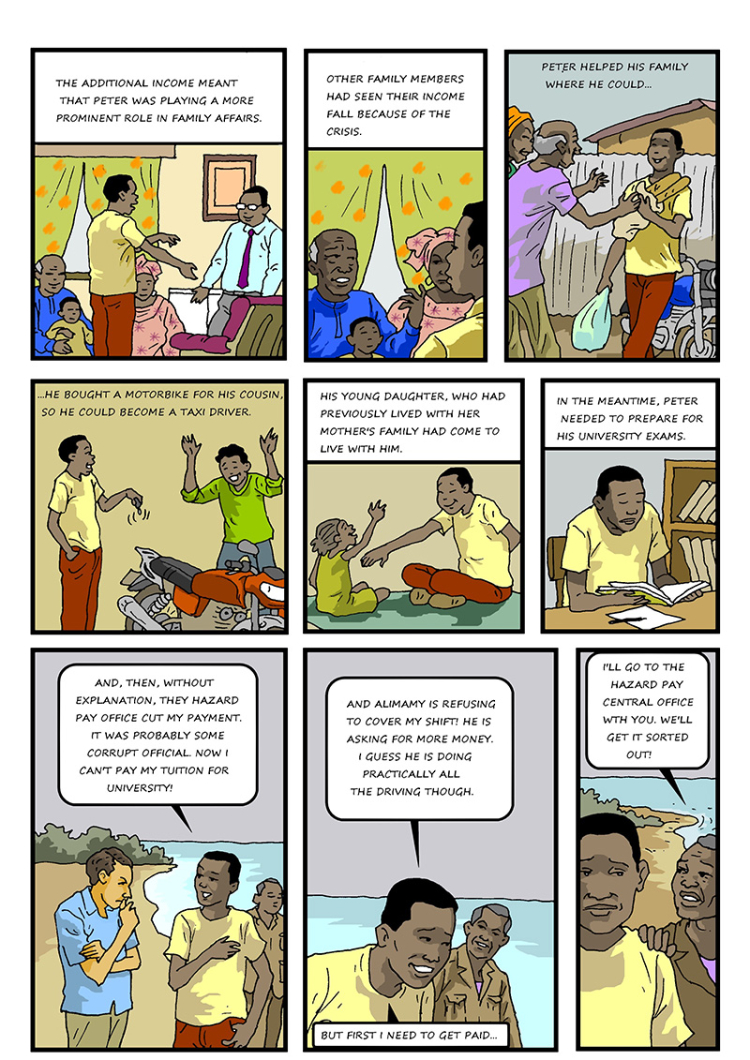