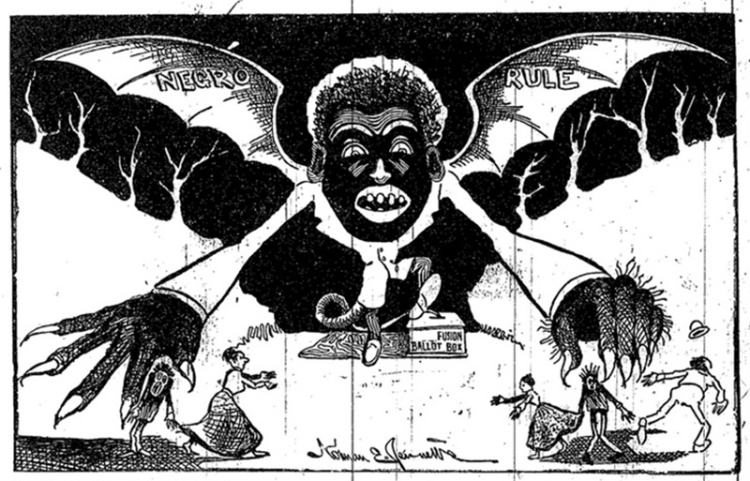 A racist cartoon that ran in the News and Observer on September 27, 1898 via Wikimedia Commons

Here at Cartoon Movement, we often talk about the power of cartoons to make an impact, to address the wrongs of society, and to inspire change. But, to quote another type of comic, 'with great power comes great responsibility'. Cartoons are powerful tools to address injustice, but because they rely heavily on visual exaggeration and stereotypes, they can also be used to spread hatred and reinforce existing prejudices.

JSTOR Daily tells the story of how a cartoonist helped to incite a massacre with racist cartoons in Wilmington (USA) in 1898. The cartoons constructed political meaning and, to some extent, social reality for readers.

It's important to acknowledge the dark side of political cartoons, precisely because they can have such an impact. In the present day, we also need be alert for stereotypes and visual imagery that justifies or propagates racism, sexism, inequality, vilifies the 'other' or calls for violence.