20 February is the World Day of Social Justice, an international day recognizing the need to promote social justice, which includes efforts to tackle issues such as poverty, exclusion, gender equality, unemployment, human rights, and social protections. The coronavirus pandemic has further accelerated the growth of the gap between rich and poor. The poor not only lack money, they often also lack job security, work safety and access to healthcare. To do out bit in raising awareness, here are 10 powerful cartoons calling for social justice.

Enrico Bertuccioli draws a colorful but haunting image of capitalism, a faceless monster that leaves many destitute. Can capitalism and social justice coexist? 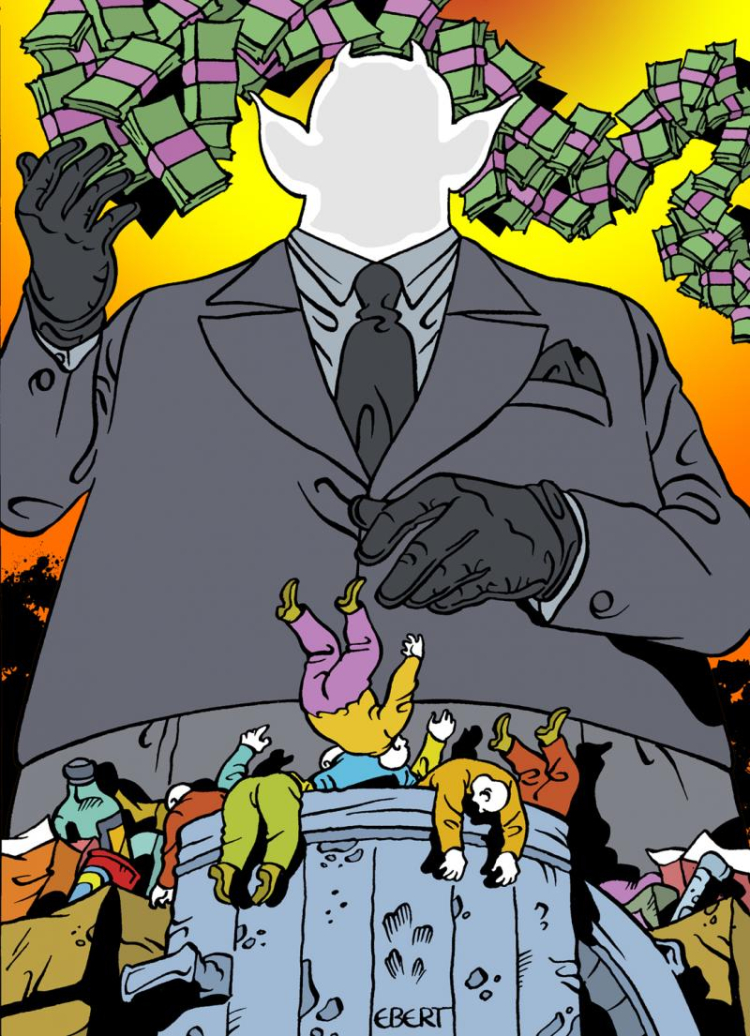 Because the economy tends to favor the rich. Even during the pandemic, the richest people were affected the least and gained even more wealth. Cartoon by Musa GUMUS. 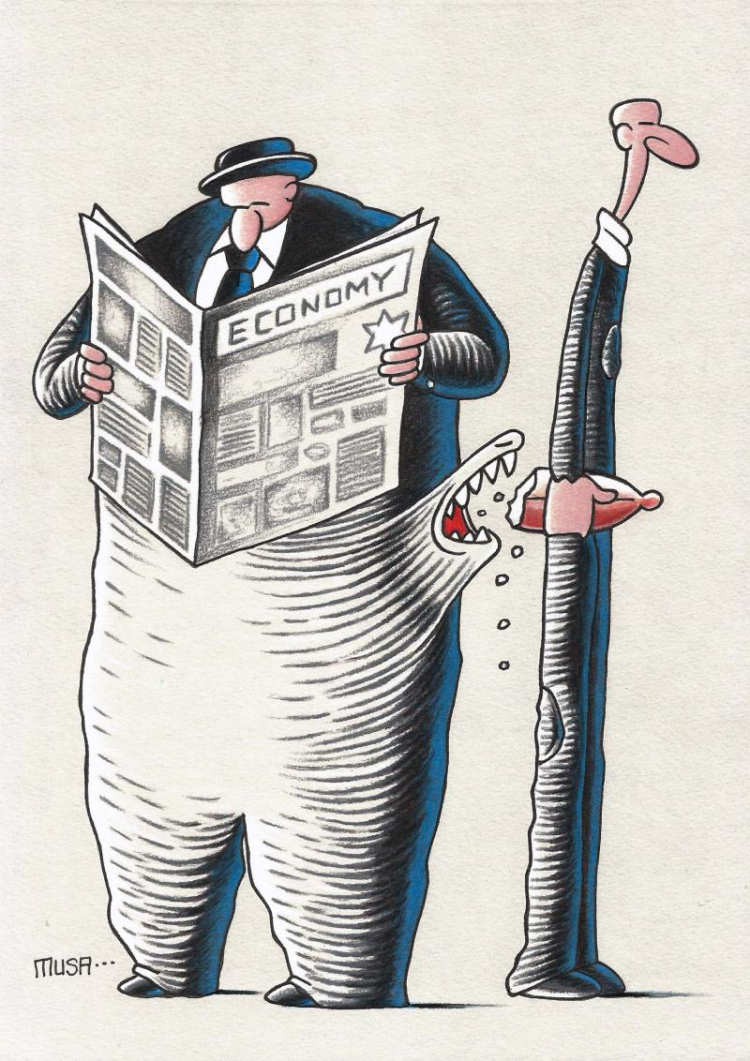 And Syrian cartoonist Morhaf Youssef has an even more grim interpretation of the relationship between the haves and the have-nots. 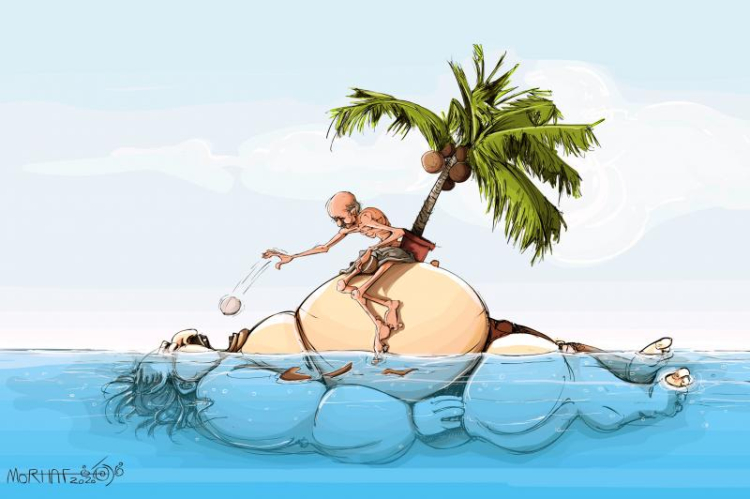 Turkish cartoonist Kürşat Zaman visualized the daily outlook of too many people around the globe. 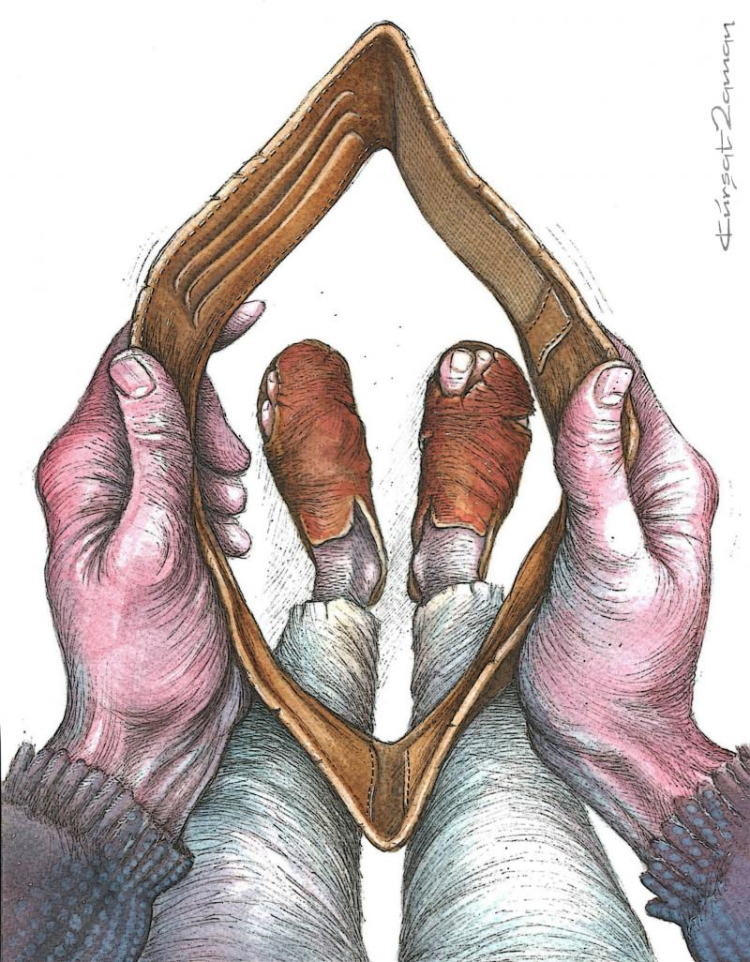 And even though Gatis Sluka has a funny take on it, being poor is hard work and very stressful, with life expectancy for poor people being years shorter than for rich people. 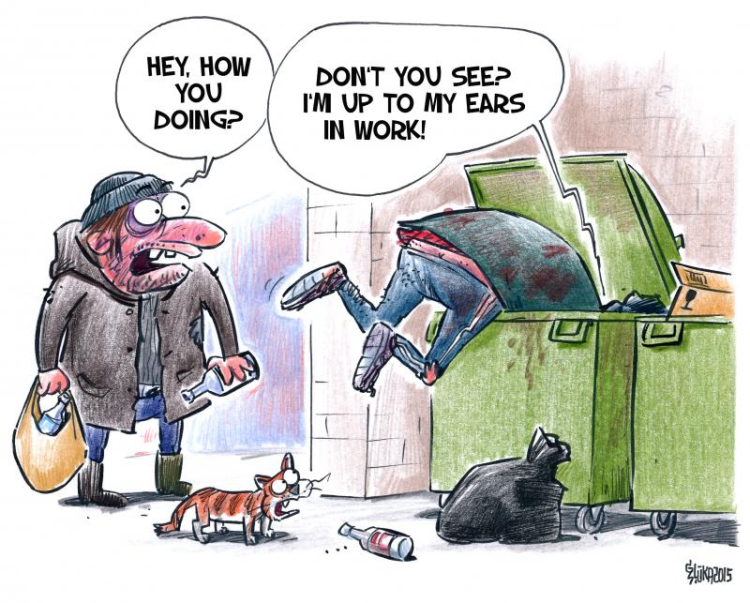 The current system allows the wealthy to accumulate more and more wealth, while denying a basic income to many. Cartoon by Timo Essner. 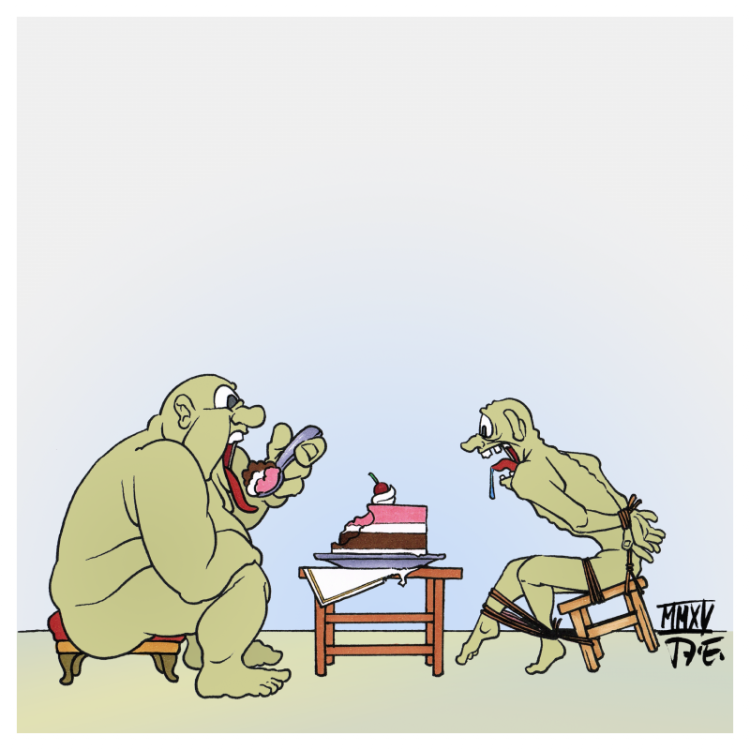 And for some groups, like immigrants, it's even harder to get a fair chance. Cartoon by Galym Boranbayev. 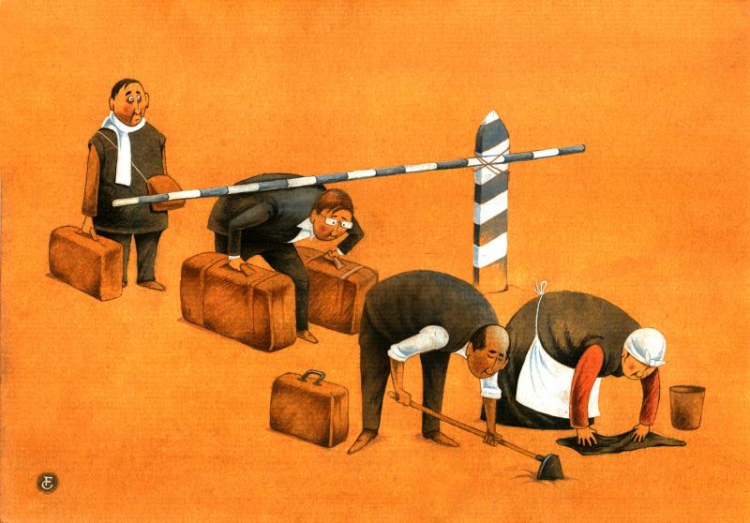 In many countries, there is a class of working poor: people who do have jobs (and work long hours), but who still do not make enough money to make ends meet. Cartoon by Mahnaz Yazdani. When the government does decide to spend money on the economy, it rarely does anything to solve inequality. Cartoon by Tom Curry. 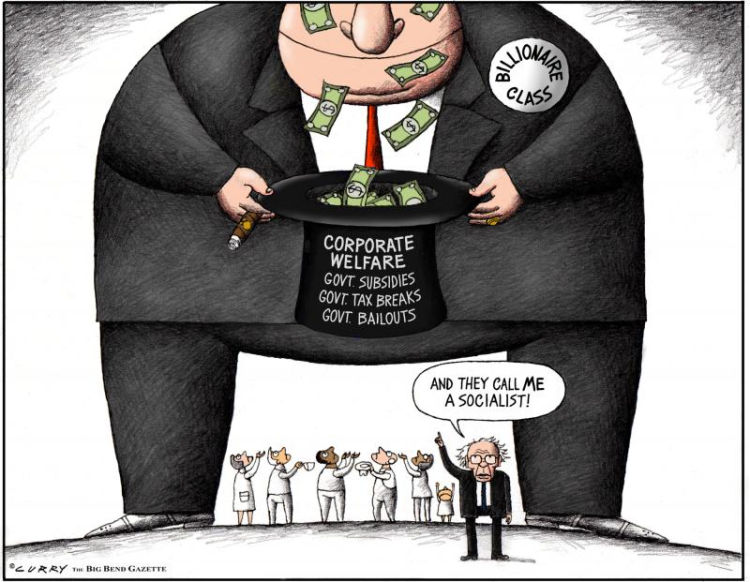 No matter how you look at it, the rich keep getting richer, also during a global pandemic. Cartoon by Tjeerd Royaards. 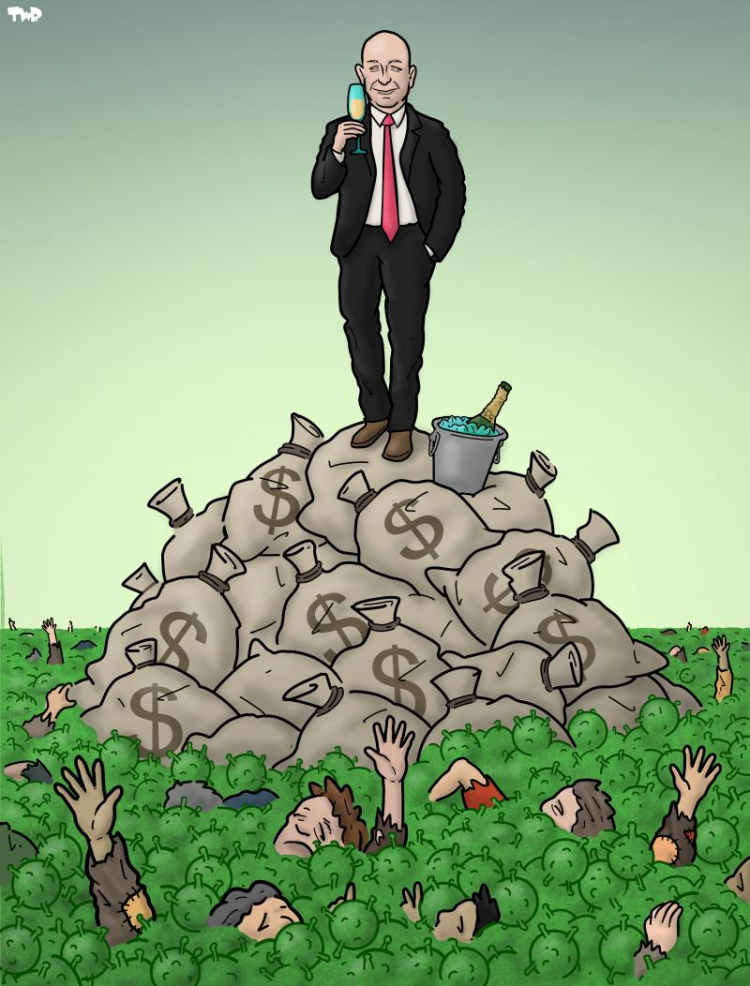 In the end, social justice is about all of us getting a fair share of the pie, as Carlos David Fuentes aptly illustrates in this image. 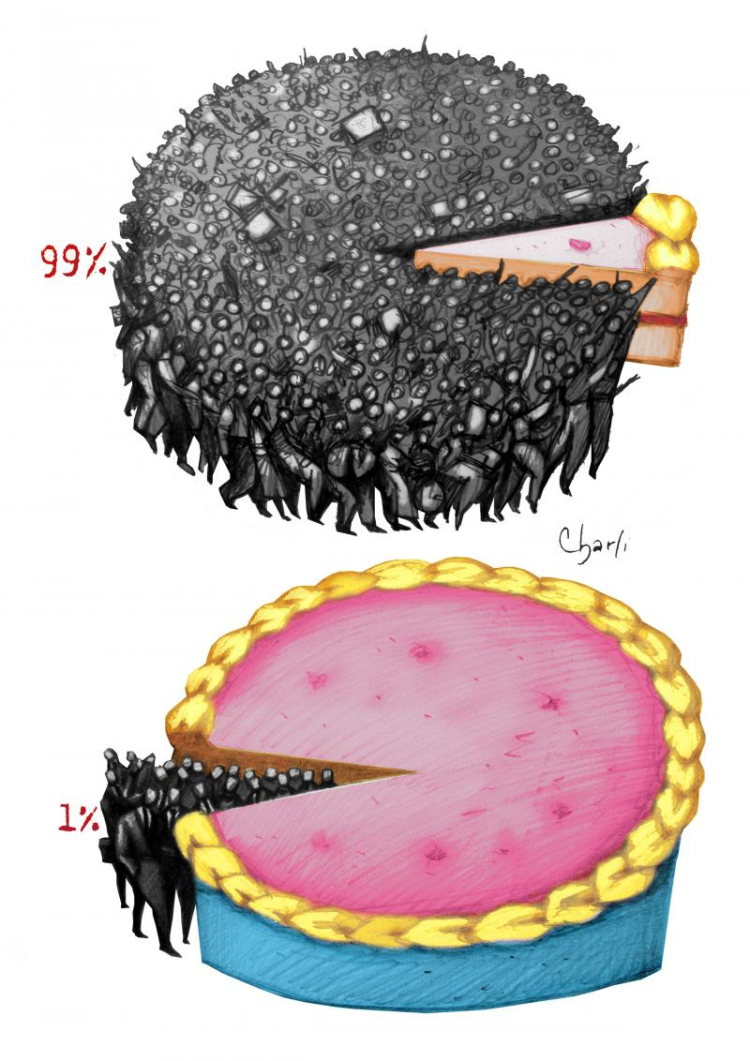