It has become a tradition to make a top 10 of our favorite cartoons of the year. Because we launched a renewed website during the summer, it is difficult to give exact figures, but in 2020 (as in other years) thousands of cartoons were uploaded to the platform. 238 cartoons were published as editor's choice on our homepage. And of these 238 cartoons, these are the 10 we liked best: 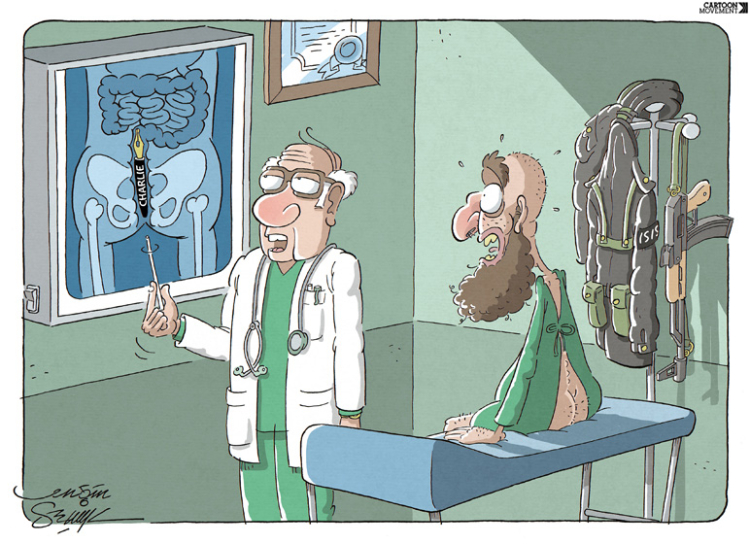 On of the first projects of 2020 was about commemorating the 2015 attack on Charlie Hebdo with cartoons. This cartoon by Engin Selçuk perfectly captures the irreverent spirit of Charlie Hebdo and the tenacity with which they have continued making scathing satire since the attack. 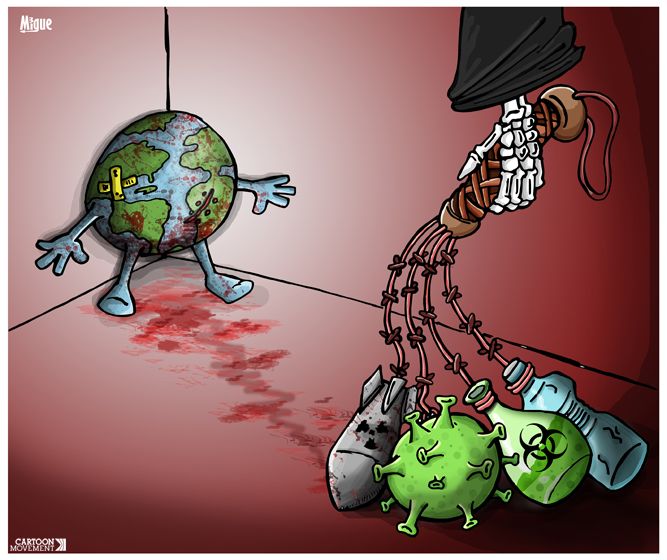 Cuban cartoonist Miguel Morales Madrigal has a way of drawing our planet that has proved very popular. Nearly all of his cartoons that portray the earth as a person (usually undergoing something horrible) are very popular and widely shared on our social media channels. This one is no exception. This one by Dutch cartoonist Hajo could also have made our list of top 10 Trump cartoons. Trump playing the blame game once again. 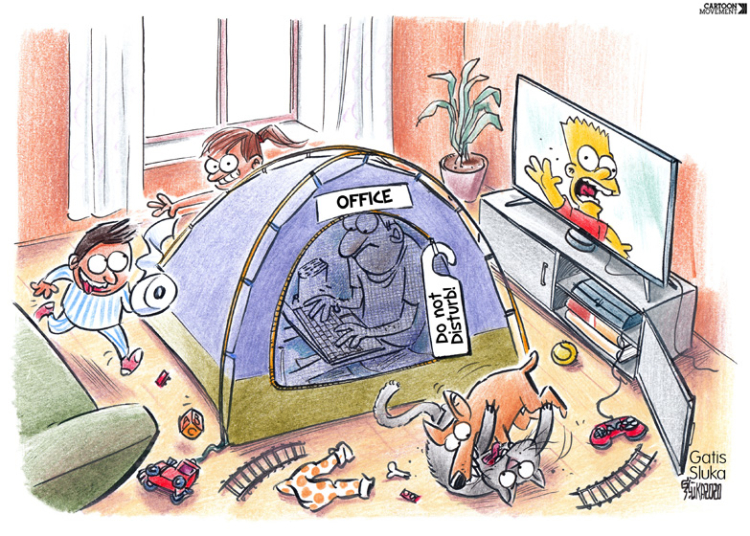 For most people the pandemic meant working from home. For those with (young) kids, this proved to be challenging. Editorial cartoons are often a reflection of a certain period in time, and this one by Latvian cartoonist Gatis Sluka is not only funny, it also captures the everyday lives of people during corona.

Democracy is sick too 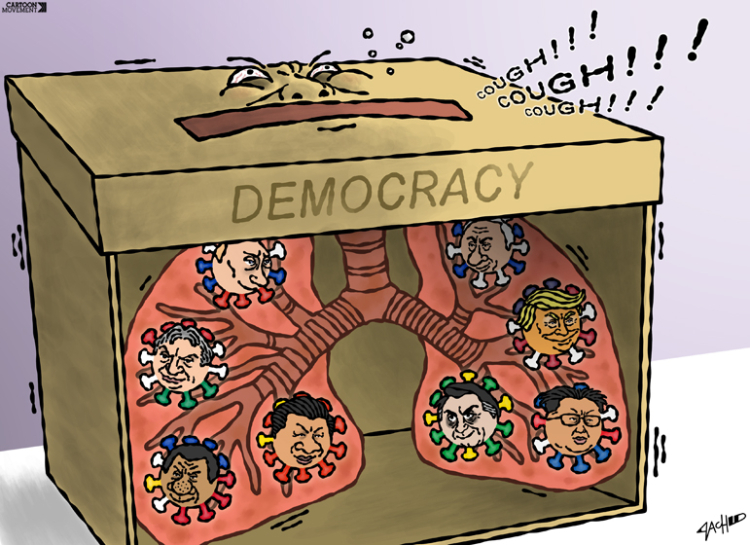 The virus provided cartoonists with a new tool in their visual toolbox. The iconic shape of the pointy ball was used in countless cartoons, but the pandemic was also fertile ground as a visual reference to address other issues, as ZACH from the Philippines does by using the pandemic to comment on the spread of authoritarian regimes. 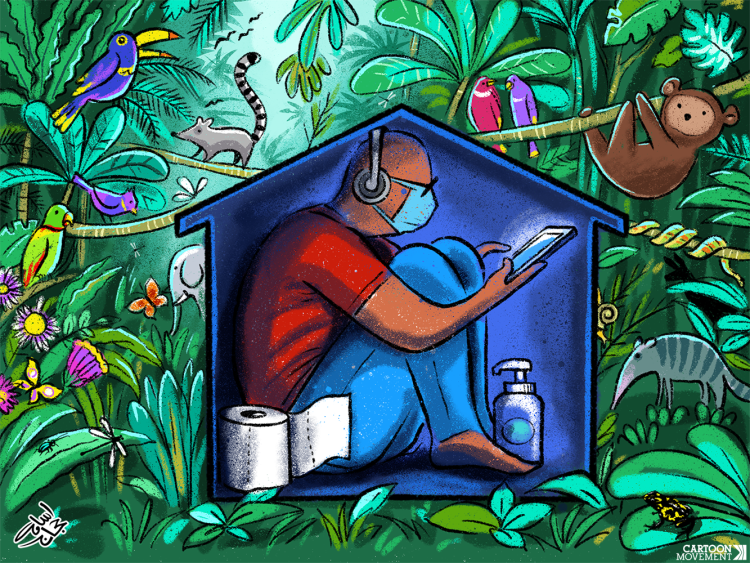 Lockdown was one of the buzzwords of the year. Osama Hajjaj made this beautiful cartoon, not only illustrating how lockdown felt to many of us, but also how nature could flourish, no longer hindered by humanity. 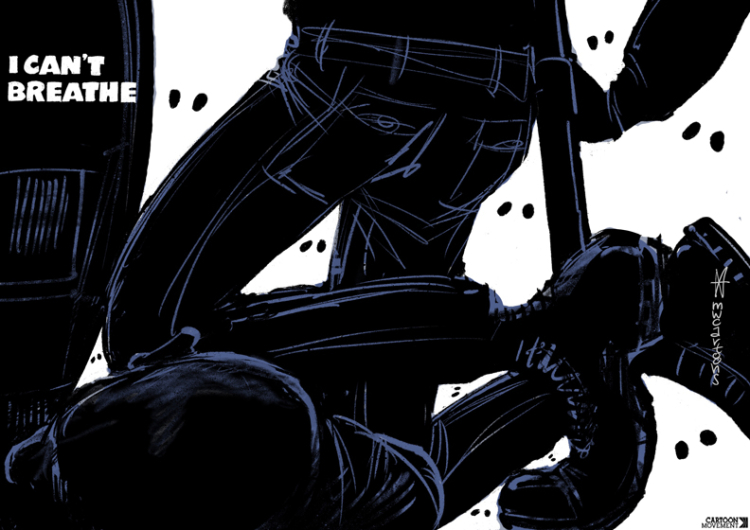 In May, the death of  black man George Floyd by a white police officer (who knelt on his neck, suffocating him) set off a wave of anti-racism protests. Dutch cartoonist Maarten Wolterink made a clever image using the negative space to illustrate how pervasive racism really is. 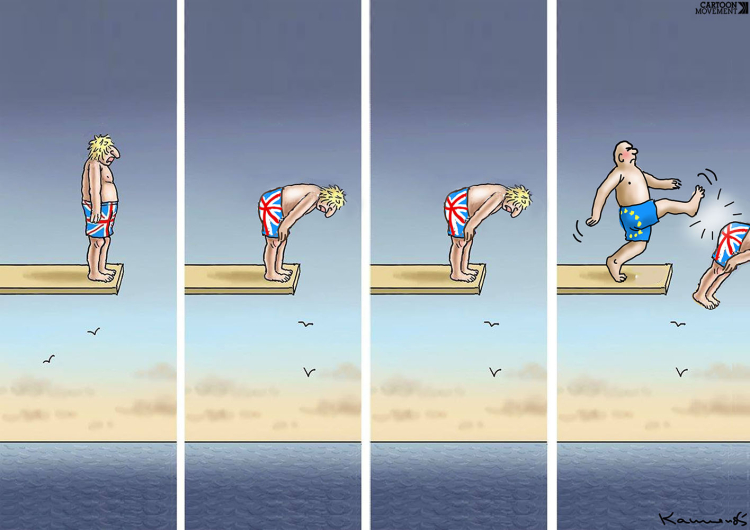 Simple but oh so funny cartoon by Marian Kamensky about Boris Johnson, the EU and a Brexit deal. 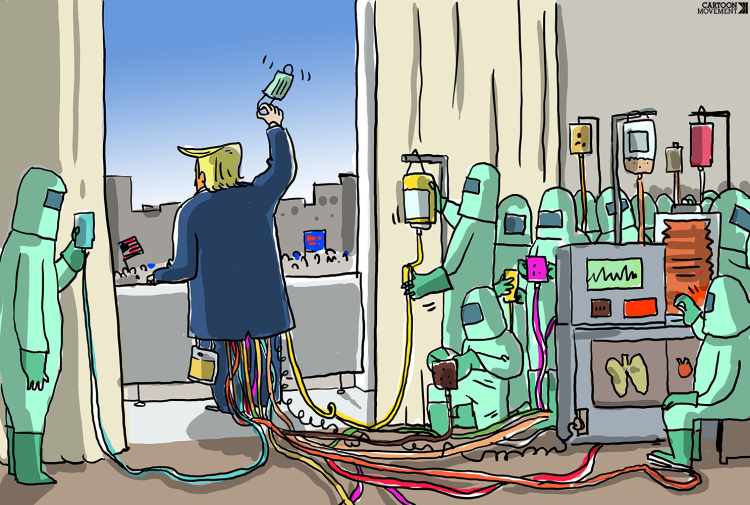 Since we will likely be publishing a lot less Trump cartoons next year, we'll include one more in this top 10, this one drawn by Leopold Maurer after Trump was declared recovered from the coronavirus. 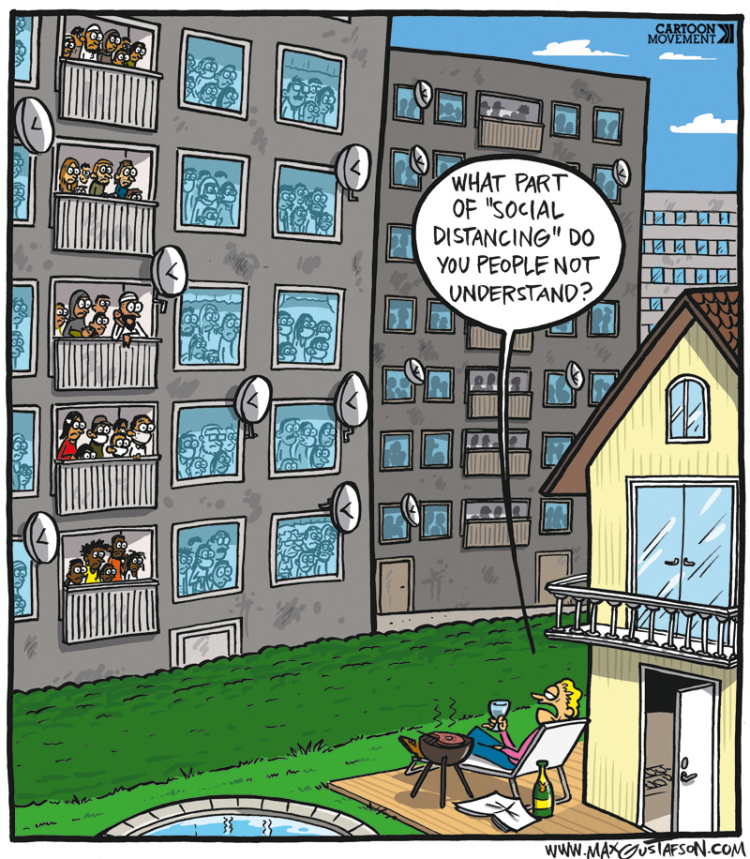 The final cartoon of our top 10 was published just last week. Swedish cartoonist Max Gustafson perfectly shows that the pandemic is not the great equalizer some have called it.

We wish you all a wonderful and safe Christmas and all the very best for 2021. No matter what the new year brings us, we'll continue to provide the visual commentary that makes you laugh or think, hopefully both.