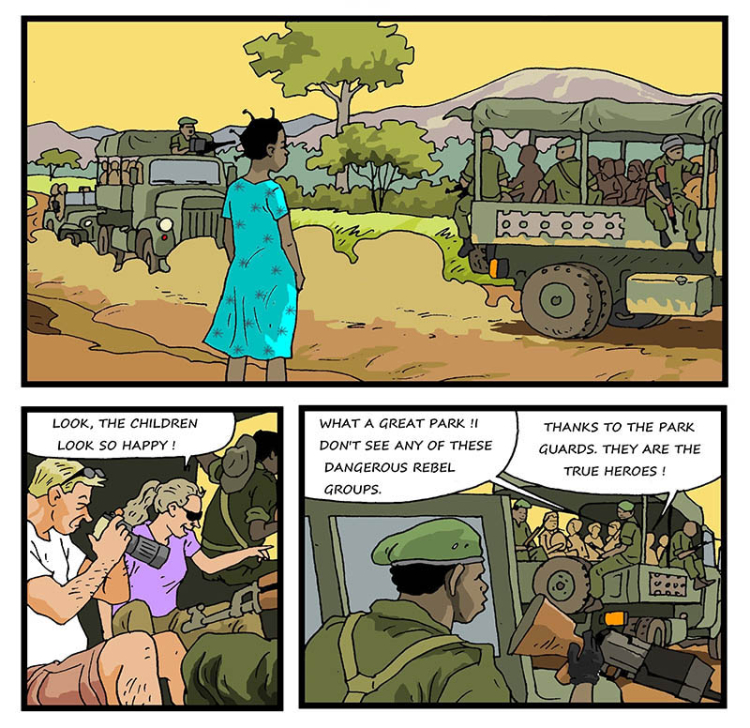 Next week, on Wednesday November 11, we will publish the second comic in our series of comics journalism about public authority in Africa, made together with the Firoz Lalji Centre for Africa. Making end meet around Virunga (artwork by Didier Kassai) tells the story of a family living next to Virunga National Park in the Democratic Republic of Congo. The park guards are often hailed as heroes of environmental protection, but this family tells a different story.

The first comic in this series, about vigilante justice in Uganda, can be read here.

Can't wait to see more like this! Good Job.