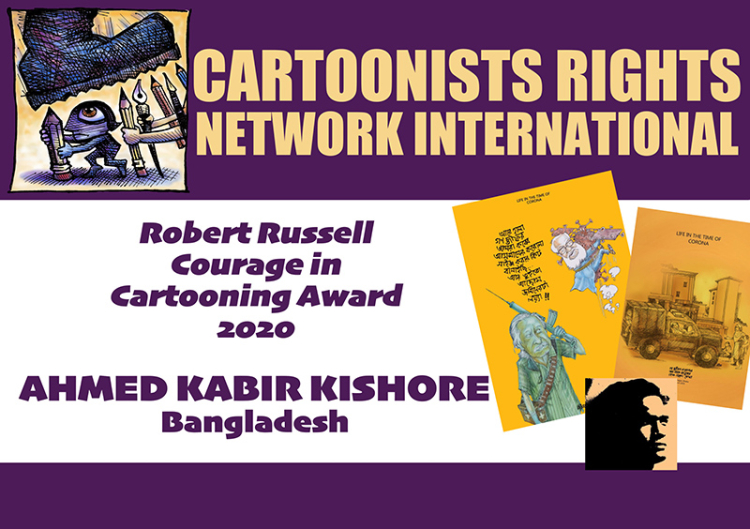 Ahmed is a cartoonist and activist known to CRNI for over a decade. He campaigned bravely on behalf of the disappeared Sri Lankan cartoonist Prageeth Eknaligoda (2010) and jailed Bangladeshi cartoonist Arifur Rahman (2007) and identified as a CRNI “affiliate leader” in the country, although doing so inevitably led to accusations of aligning with foreign interests. This speaks to his courage, as do his public demonstrations for the human rights not only of cartoonists but also Hijra people and in defence of health and consumer rights and the Bengali language.

Through April and into May of this year Ahmed posted to Facebook a series of cartoons he entitled Life in the Time of Corona, satirising society’s response and critical of the government’s handling of public health during the pandemic.

On May 5th 2020 Ahmed was among several people arrested under the Digital Security Act, 2018 (DSA) by personnel from the Dhaka division of the Rapid Action Battalion (RAB-3), the unit officially deployed against terrorists, drug lords and human traffickers but often accused of being an instrument of government suppression. In the ensuing months of detention Ahmed has been denied a bail hearing on three occasions.