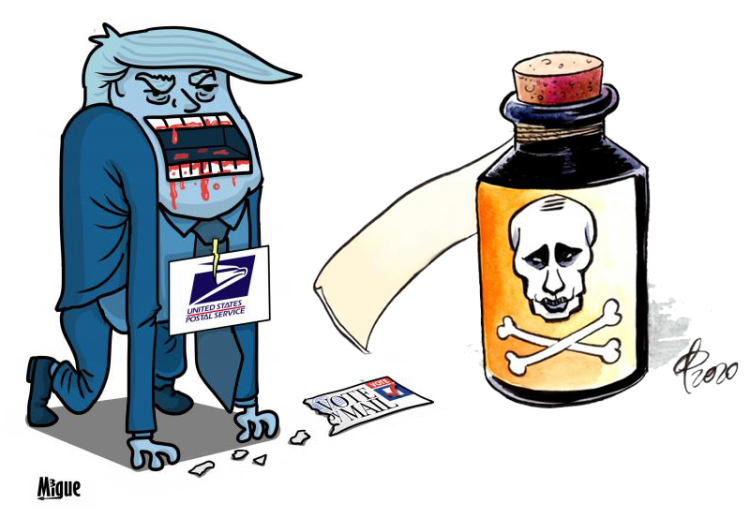 Image based on cartoons by Miguel Morales Madrigal and Paolo Calleri.

Another week with Russia in the news, with the (suspected) poisoning of Russian opposition leader Alexei Navalny inspiring a number of our cartoonists. Earlier this week, Trump and the US postal service proved to be a popular topic among cartoonists. In the meantime, we are planning an online event on cartoons and hate speech. More information will follow very soon, but it will take place on Monday September 21, between 3 and 5pm CET, so save the date!

Cartooning news from around the world

Check out this interview by the PCO (part 1 and part 2) with UK cartoonist Steve Bell, who responds to the rumours of him being sacked by The Guardian.

And read this piece in the New York Times on how cartoons were used to fight for the vote at the beginning of the 20th century. It shows how images can be used to overcome negative stereotypes, instead of perpetuating them.