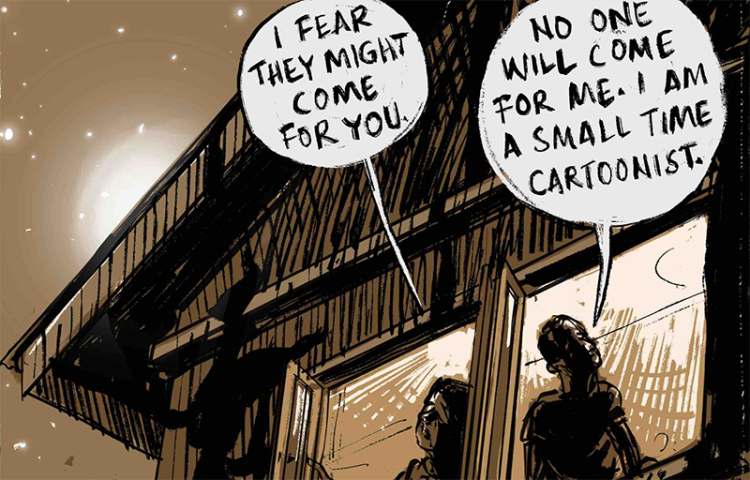 CRNI has posted a comics journalism piece by cartoonist Suhail Naqshbandi to mark the first anniversary of the repeal of Article 370, India’s suspension of the Jammu & Kashmir region’s autonomous status and the subsequent degradation of civil liberty, including one of the world’s longest internet shutdowns.

We recommend you read this essay by Suhail first, describing his experiences prior to the repeal of Article 370. The you can read the full comic here.