In January, we had a small exhibition at THIMUN (The Hague International Model United Nations), a gathering of 3,500 secondary school students from all over the world at the World Forum in The Hague to think and talk about the world’s problems. 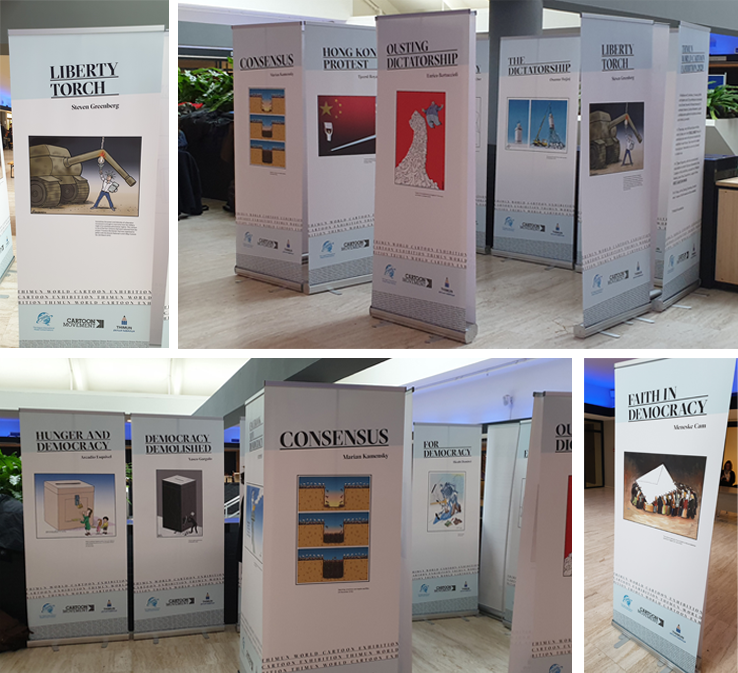 This year's exhibition theme was 'Advancing and Securing Democracy'. One of the cartoons featured was a 2014 cartoon by Tjeerd Royaards about freedom in China. 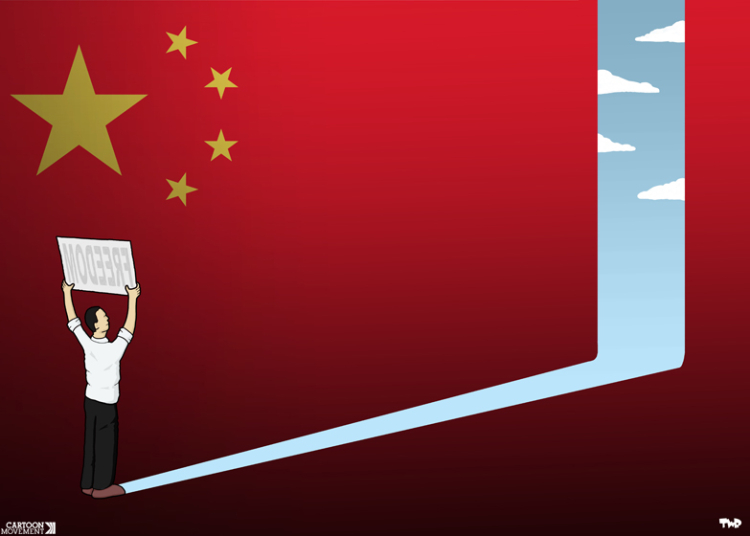 The delegation from China wasn't happy with this cartoon and wrote an official complaint letter. How much of this is at the initiative of (indoctrinated) students and how much is enforced by teachers and/or the Chinese embassy (which is practically next to the World Forum) is unclear, but to state China is a democracy that 'respects and defends freedom of speech', while accusing the cartoonist of not portraying the truth sounds, to us, like a statement of 1984's Ministry of Truth. 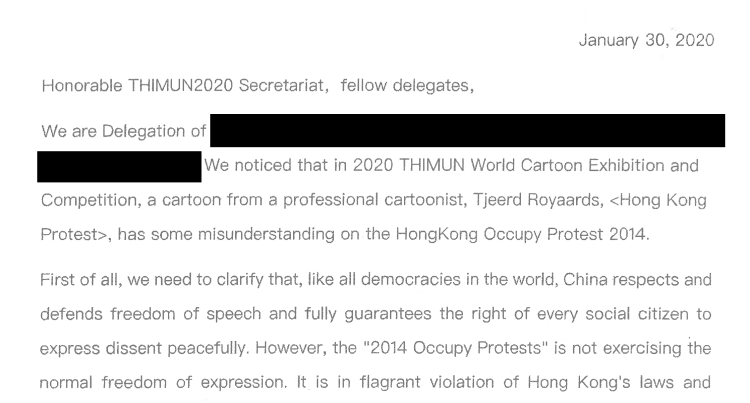