It has been a week full of controversies here at Cartoon Movement. We are used to them, as cartoons always tend to offend someone, and creating provoking images is a very effective way to make people think.

As editor of Cartoon Movement, I do not always agree with the visual choices of cartoonists. However, our policy is to provide a free and open platform for all the cartoonists who have been accepted in our community. If an image is felt to be hateful or insulting, we’d rather have a frank and open discussion about it instead of censoring the image and thereby avoiding any discussion. 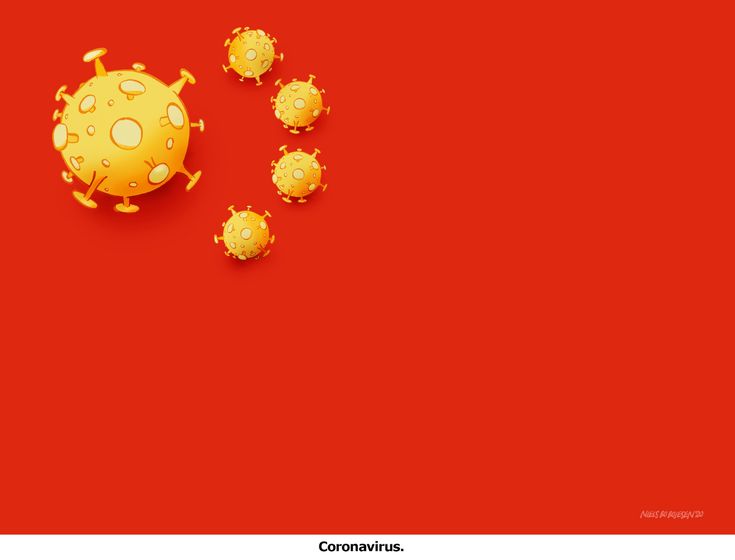 This cartoon by Danish cartoonist Niels Bo Bojesen, published in the Jyllands-Posten and also on our website stirred up quite a lot of international outrage. Chinese people and government were not happy their flag was the object of satire. The Danish government, however, defended their tradition of freedom speech. We also feel this cartoon is perfectly acceptable under freedom of speech. Flags are used frequently by editorial cartoonists because they are a very recognizable visual element. This is also illustrated by the fact that Niels was certainly not the only cartoonist to employ the Chinese flag as a central element in doing a cartoon about the Coronavirus (see here, here and here).

And if cartoonists weren’t allowed to mock flags anymore, there’d be a lot less cartoons. We even have a cartoon collection dedicated to flags.

Mocking flags might be a very clear-cut case for us, mocking Israel presents more challenges. We strongly believe the state of Israel and its policies should be open to scrutiny and scathing satire by cartoonists, but we also feel, given the fact that antisemitism is still very much present and widespread in the modern world, there are special considerations to be made.

At the end of last week, a cartoon by Portuguese cartoonist Vasco Gargalo published by Portuguese newspaper Sabado and also uploaded to Cartoon Movement, became the object of outrage and a campaign demanding the firing of the cartoonist and a public apology. 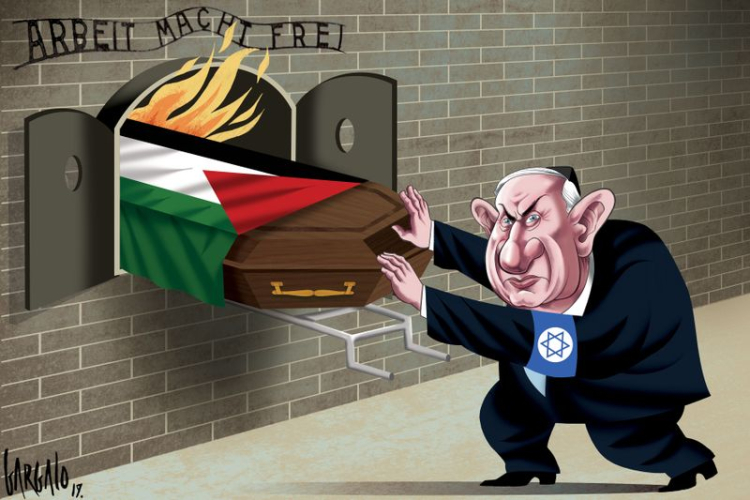 The image uses the harshest analogy possible to condemn Netanyahu’s policy vis-à-vis Palestine. Since the controversy arose, Vasco has faced threats and harassment on an almost daily basis. Defending the image, Vasco says he considers it part of his job ‘to instigate reflection trough controversy.’

Cartoon Movement is based in the Netherlands, where using Holocaust-comparisons as satire is very much frowned upon. We also want to state that this particular image has not, and would not have been, published on our homepage (the curated part of our website). However, instead of calling for the proverbial tarring and feathering of a cartoonist, we do feel it would be more helpful to have a constructive discussion about how we can criticize the politics of Israel without veering into the realm of (what many feel to be) antisemitism. Developing an international visual language that allows cartoonists to mock Israel without the need for tropes and stereotypes that are known to be controversial would be beneficial for all, but we'd need a constructive debate to get there, not blind rage. 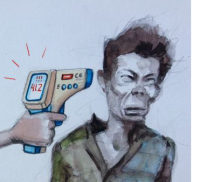 The last and most recent controversy was very unexpected. Halit Kurtulmus uploaded a cartoon commenting on the spread of the coronavirus, based on this famous photo from the Vietnam war. We will link to a screenshot of the cartoon here, as the cartoonist has chosen to remove it from the website himself, and publishing it again here might lead to more threats aimed at him.

Halit chose to base his cartoon on the photo because of the striking composition and expression of the characters. Cartoonists often base their work on famous visuals such as photos or painting, as this helps increase the impact of their work. In this case, the photo chosen, combined with the topic of the cartoon, lead to a stream of angry comments on our website and our Facebook page. Many Vietnamese people felt their country was being insulted, and were outraged.

This instance is an example of the challenges cartoonists face in a globalized world. When your work is seen by a global audience, it is very difficult to predict who will be offended by what. The challenge of our times is that offended parties often resort to threats, profanity or drastic measures (fire the cartoonist!). We would all benefit more from a frank but civil discussion. We'll continue to welcome debate, as I am pretty sure this will not be the last controversy at Cartoon Movement.

In my opinion, the cartoonist must respect the culture and symbols of other nations because the fact of making fun of the flags or the culture or history of other countries in caricature has nothing to do with freedom of expression but it's racism