One of our new year's resolutions is to keep our audience better informed of all the stuff we do. That's why we have launched a monthly newsletter with an overview of our more interesting projects, upcoming activities and cartoon news in general. Consider subscribing if you are interested in (international) political cartoons!

The first edition of this award for the best European cartoon is an initiative from the European Press Prize and Studio Europa Maastricht. The grand prize is €10,000. On the motivation behind this new award:

Quality journalism is of vital importance to healthy democracies – and cartoonists play a crucial role in this system of checks and balances. Their creations are the hallmark of an open society: often just a single image, they hold up a mirror, make change negotiable and induce public debate.

Yet, more than any other form of journalism, cartoons are feeling the strain of the shrinking space for freedom of expression. Earlier this year the New York Times made the sad decision to stop publishing political cartoons altogether, after a controversial cartoon by the Portuguese cartoonist António Moreira Antunes prompted outrage.

To encourage cartoonists to continue their essential task, we are launching the European Cartoon Award, worth €10,000 for cartoons that analyse and reflect upon current affairs and events in Europe or concerning Europe, and thus inspire public debate.

Cartoons competing for the award should be published between December 1st 2018 and December 31st 2019. The deadline for entering is February 21st. Cartoonsa can be entered online. Proceed to the website and entry form of the European Cartoon Award. 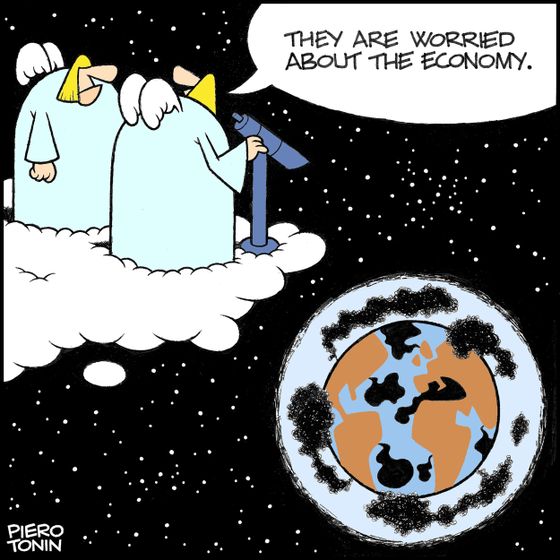 Piero Tonin is an animator and cartoonist from Italy. Check out more of his work on his website.