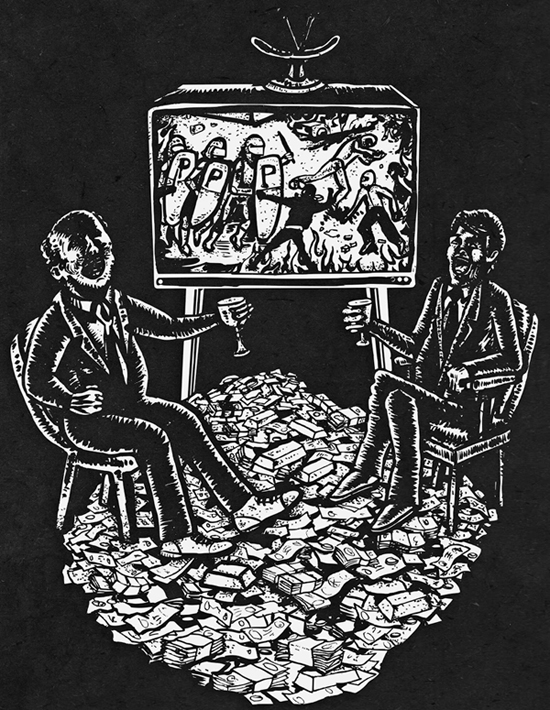 Normal Gergely is a visual and sound artist from Budapest, Hungary. His stark black and white illustrations resemble woodcuts and have a clear social message. Check out his website to see more of his work.

Talking about Cartoons at the UN

Last week, CM editor Tjeerd Royaards was invited by the Permanent Representation to the UN of the Netherlands to participate in an event at the Palace of Nations in Geneva. He talks about his experience with talking about social satire at the United Nations:

My talk focused on the shrinking space for freedom of expression in general, and for editorial cartoons in particular. Not only do we have many leaders in power that do not like to be mocked, newspaper editors seem to be getting more timid when it comes to publishing political satire (just look at the decision of the New York times earlier this year to stop publishing cartoons altogether).

To illustrate my point I made a video showing a cartoon about the current situation for cartoonists:

Now the thing about the UN is that within the halls of UN buildings you are not allowed to insult political leaders. I had hoped to get away with it by drawing a lot of them in one cartoon, but the organization that invited me was afraid they might never be allowed to host an event at the Palace of nations again if I were to show the cartoon above. So I was faced with a choice; either withdraw from the event, or censor my own work.

I try to take any opportunity I get to talk about the importance of cartoons and freedom of expression (especially at international level), so I was reluctant to cancel. Instead, I tried to think of a way to work around the constraints while still making the same point. Here's what I came up with:

In the end, there is little difference between kings fearing the jester mocking them and (authoritarian) leaders fearing the cartoonist's sharp pen. And I'm quite sure those in the audience will have recognized many of them in my altered version. Here are the two of them side by side: 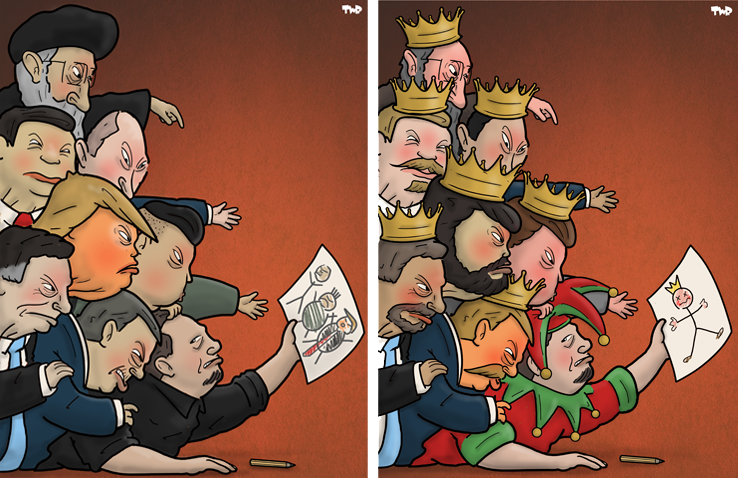 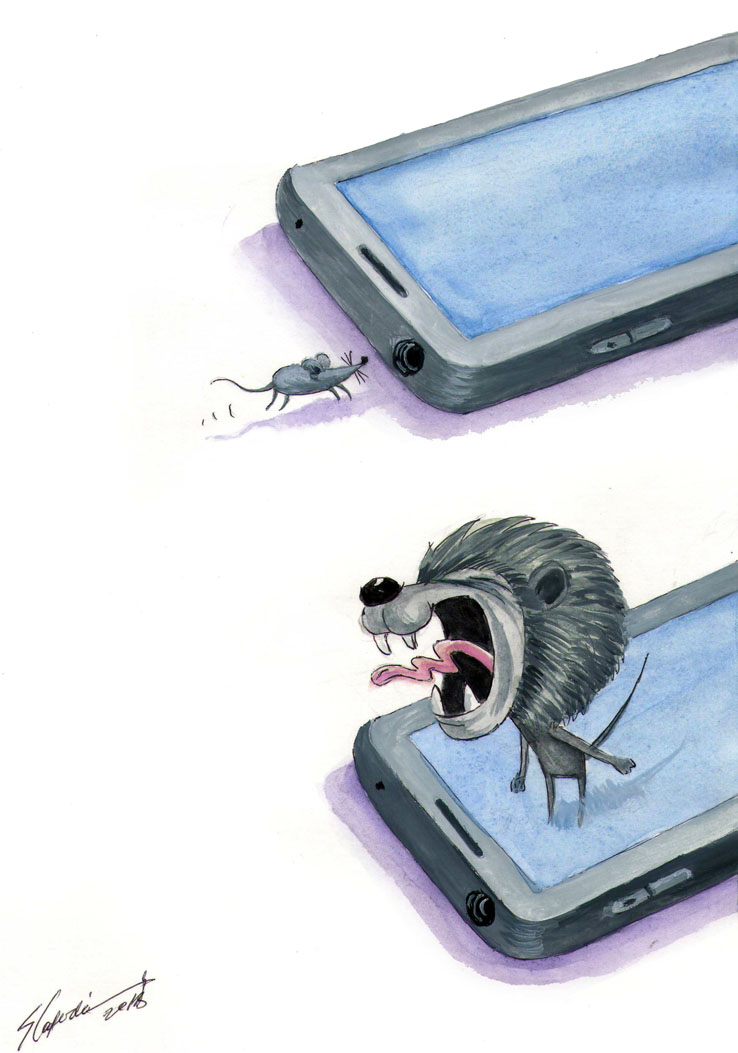 Seyran Caferli is the first cartoonist from Azerbaijan to join Cartoon Movement. He is director of Humortoons, a website for international cartoon news.