It's been a good year for Cartoon Movement, but then again, it's always a good year for cartoonists when bad things happen. It's what we thrive one, sadly. Some positive notes include our very first cartoon competition - The Art of Resistance - and our first partnership with the United Nations, about human rights. We also launched the Cartoon Movement Shop, making it easier for cartoons around the world to use images from our database.

But our main mission this year was, of course, to publish great cartoons. Here's our top 10: 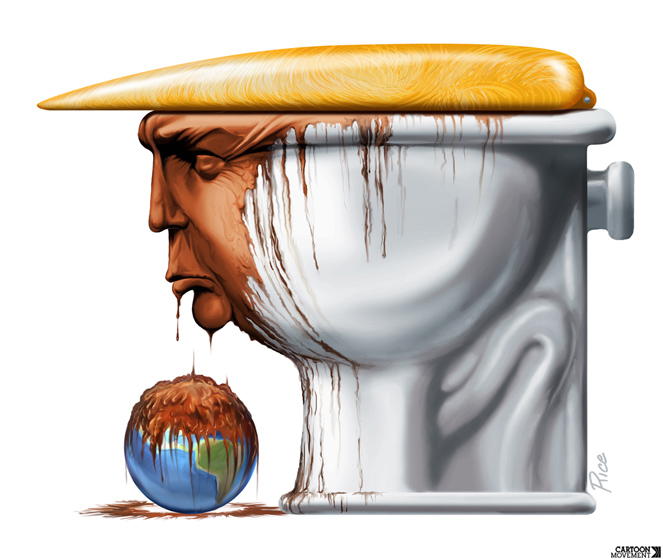 These days, you can always rely on Trump to say something cartoon-worthy. In January 2018, he referred to some countries as ‘shithole countries’. Rice Araujo from Brazil drew a portrait of what many consider to be a shithole president. Published on January 12. 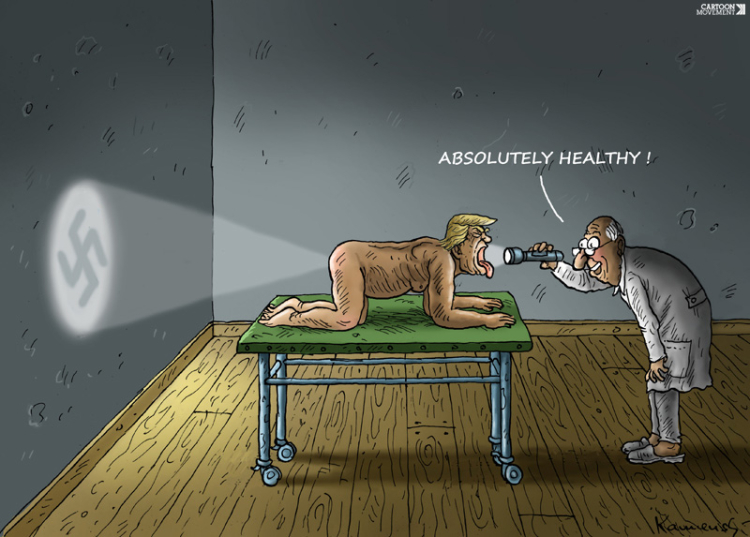 Our second cartoon in this list, by Marian Kamensky, is also about Trump. Don't worry, t he rest of our list is Trump-free. We include this one because it earned it’s maker a ban from Facebook (because it includes a swastika). We believe that cartoons sometimes should employ powerful symbols to make a point. Published January 18. 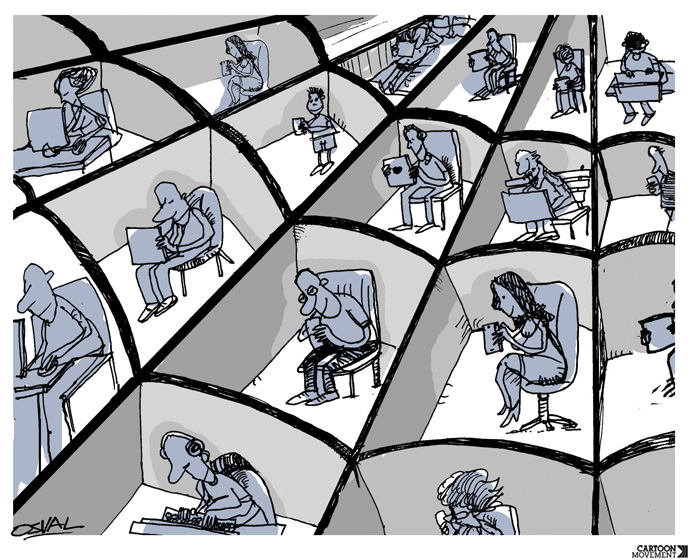 It’s ironic that the world becomes ever more connected, more and more people are lonely. Osval from Cuba has created this clever visual, where the web connecting us is made up of walls that separate us. Published April 17.

4. Trust in the Media 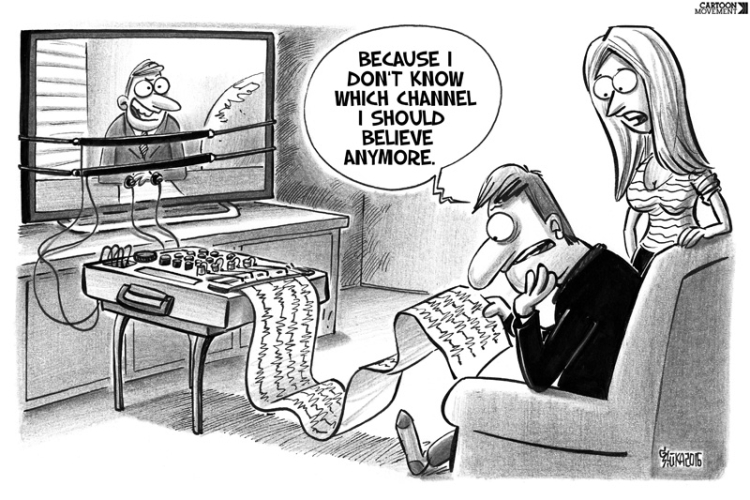 Fake news remained an issue in 2018, although this solution proposed by Gatis Sluka probably won’t work. Published May 2. 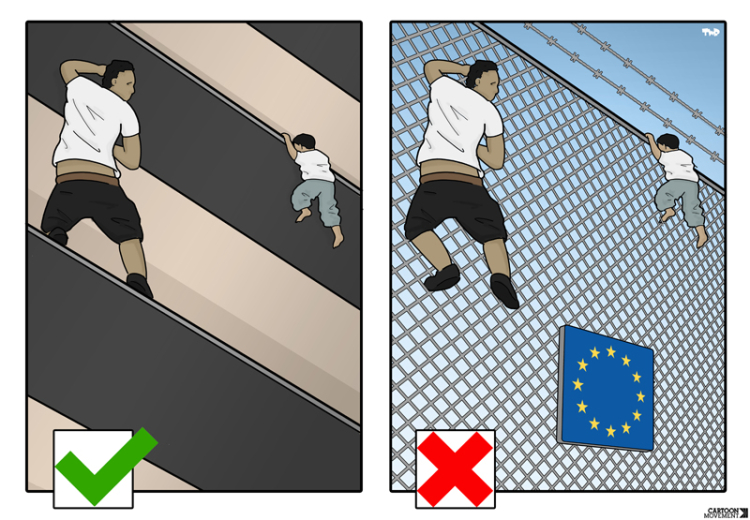 In May, illegal migrant Mamoudo Gassama climbs four stories to rescue a child. As a reward, he gets French citizenship and a job. Tjeerd Royaards shows the double standard when it comes to migrants in a cartoon that went viral. This cartoon won the award for best political cartoon in the Netherlands. Published May 30. 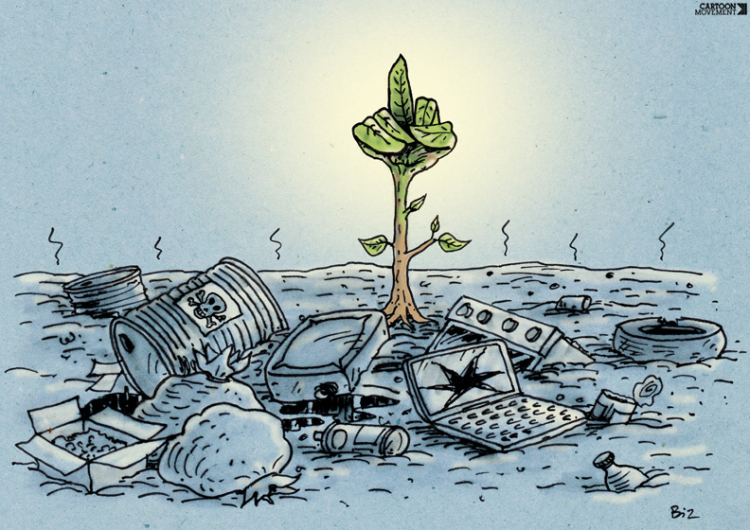 Nature will prevail, as this cartoon by BIZ clearly shows. Published October 5. 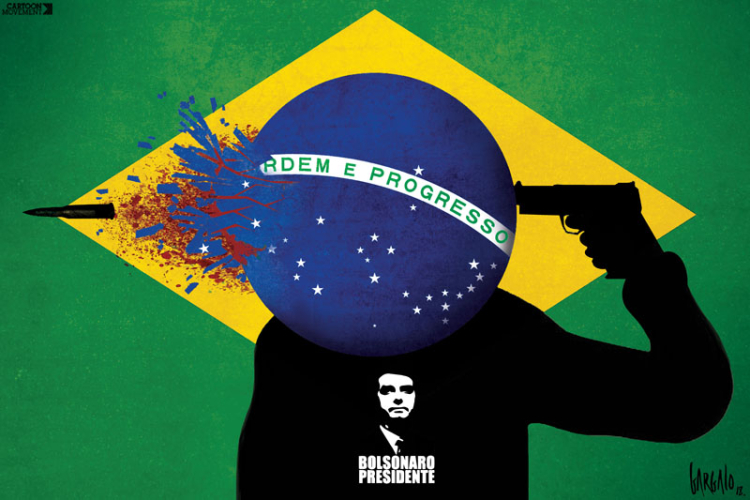 Brazil elects the right-wing Bolsonro. A vivid graphic by Portuguese cartoonist Vasco Gargalo shows this as an act of suicide. Pulbished October 29. 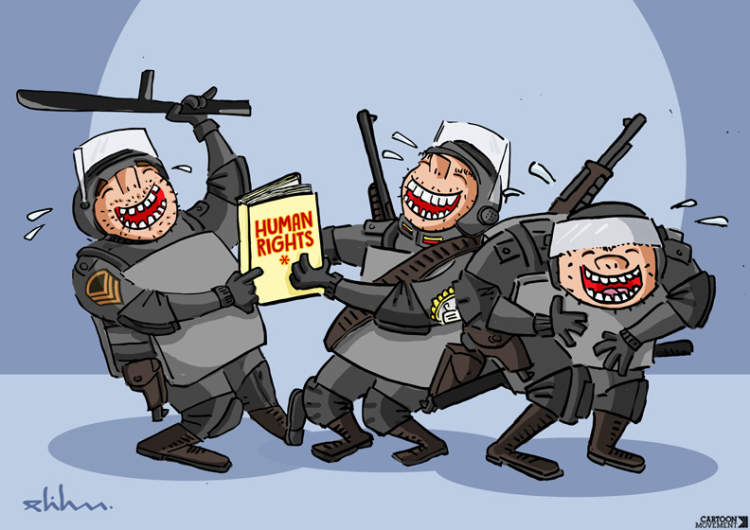 2018 proved to be a year that continued a downward trend in human rights and freedom in general, a development very aptly illustrated with this cartoon by Elihu Duayer from Brazil. Published November 2. 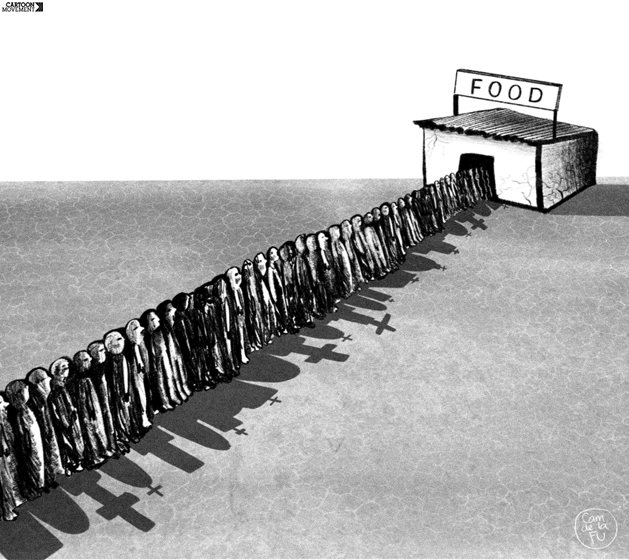 In November, then number of refugees and migrants from Venezuela reached 3 million. One of the reasons for leaving is the economic crisis, resulting in hours of waiting at almost empty stores. A stark cartoon in grey tones by Camdelafu. Published November 29. 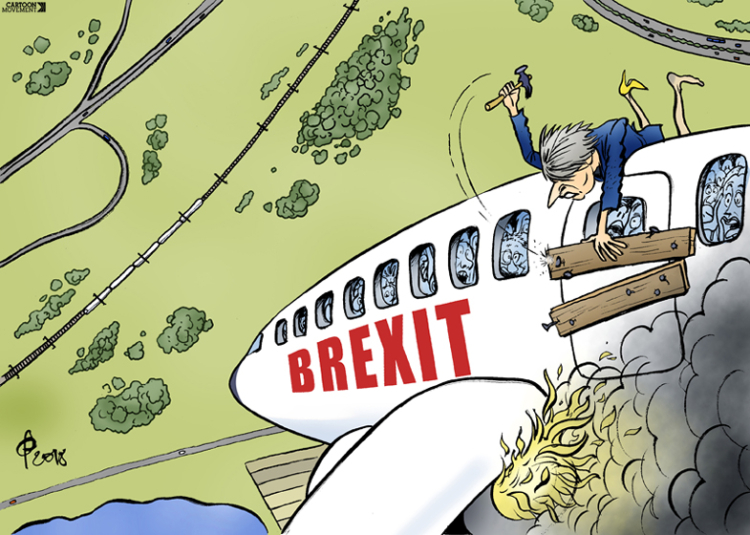 Among all the Brexit cartoons featuring plane crashes, shipwrecks and cliffs, this is, quite simply, one of the best visual summaries of Brexit we’ve seen. By Paolo Calleri. Published December 18.

We hope you like our selection of this year, and we hope to see you again next year when we'll be publishing (surprise) more cartoons!