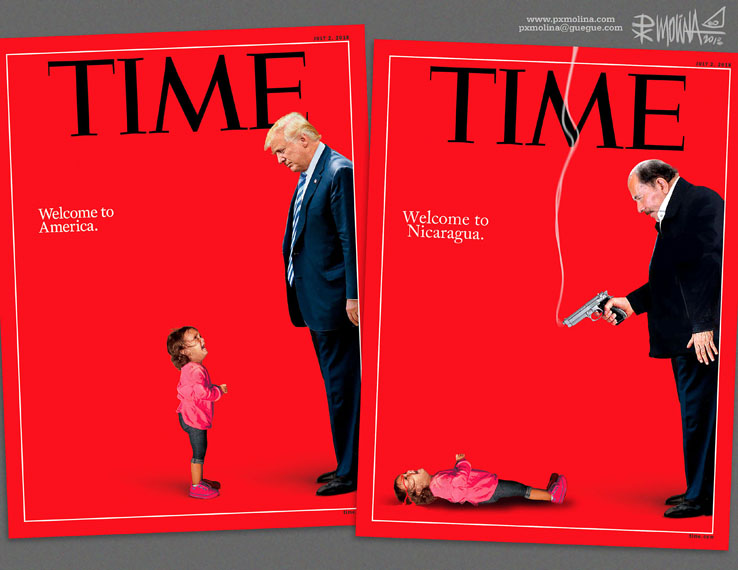 Pedro X. Molina of Nicaragua is a long-standing proponent of freedom of expression and a tireless ally of cartoonists in trouble elsewhere. Of late he has had cause to chronicle the deteriorating condition of society under President Daniel Ortega and his wife, Vice President Rosario Murillo. As citizens took to the streets to protest, in Molina’s own words, “several years of suffering electoral frauds, selective repression, attempts to censor the internet, mismanagement of environmental disasters and the enactment of a social security law that curtails the rights of current and future pensioners” the Nicaraguan government has embarked upon increasingly brutal crack-downs.

Human rights groups’ reports differ on the scale but it is apparent several hundred have died in the violence. Despite all the unrest and direct threats and attempts at intimidation by masked paramilitaries working for the regime, Molina has continued to produce hard-hitting cartoons confronting the abuses of the Nicaraguan government. The CRNI board feels that Pedro exemplifies exactly the courageous kind of cartoonist we wish to honor with our award.

The decision to recognize Molina this year is further evidence of the lurch toward authoritarianism that has gripped nations around the world and fits the pattern of cartoonists reporting – along with their colleagues across all mass media – an increasingly hostile environment to journalism and satire. 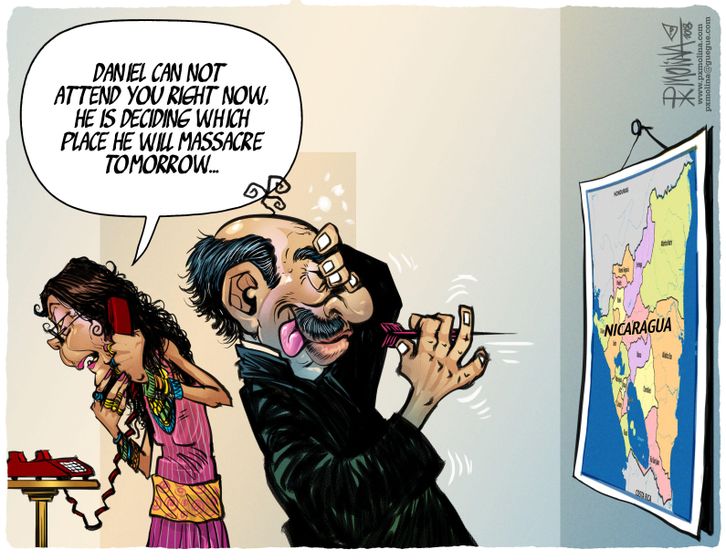 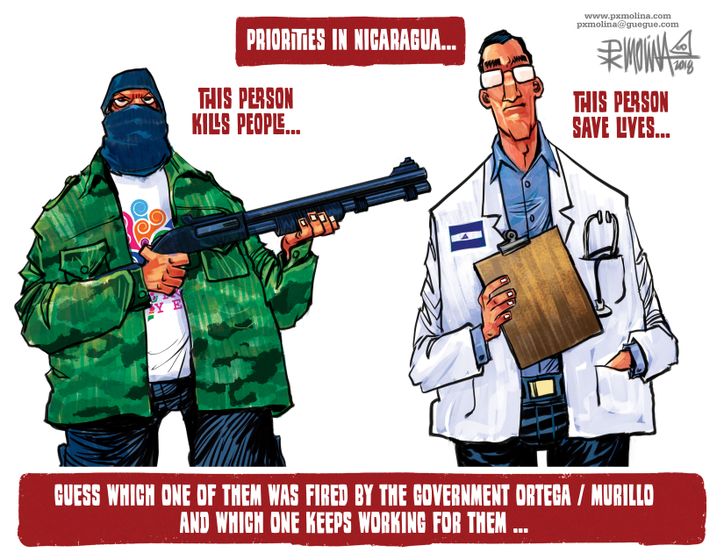