The Art of Resistance Exhibition

On May 5th we announced the winners of the Art of Resistance international cartoon competition at the Freedom Festival in Flushing, the Netherlands. We also organized an open air cartoon exhibition featuring 70 selected cartoons from professional cartoonists and 18 cartoons made by high school students. Here is a short video impression of the exhibition:

The exhibiton was a huge success with several thousand visitors during the day (also thanks to great weather) and over 1200 votes cast for the people's award. The cartoon that proved to be most popular among the audience was an image about kids and violence made by 15-year old Floris van der Ven: 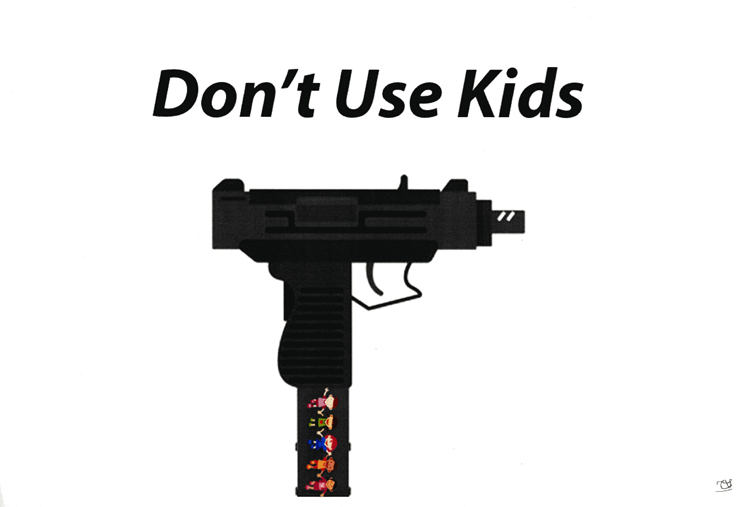 Here are some more photo impressions of the day: 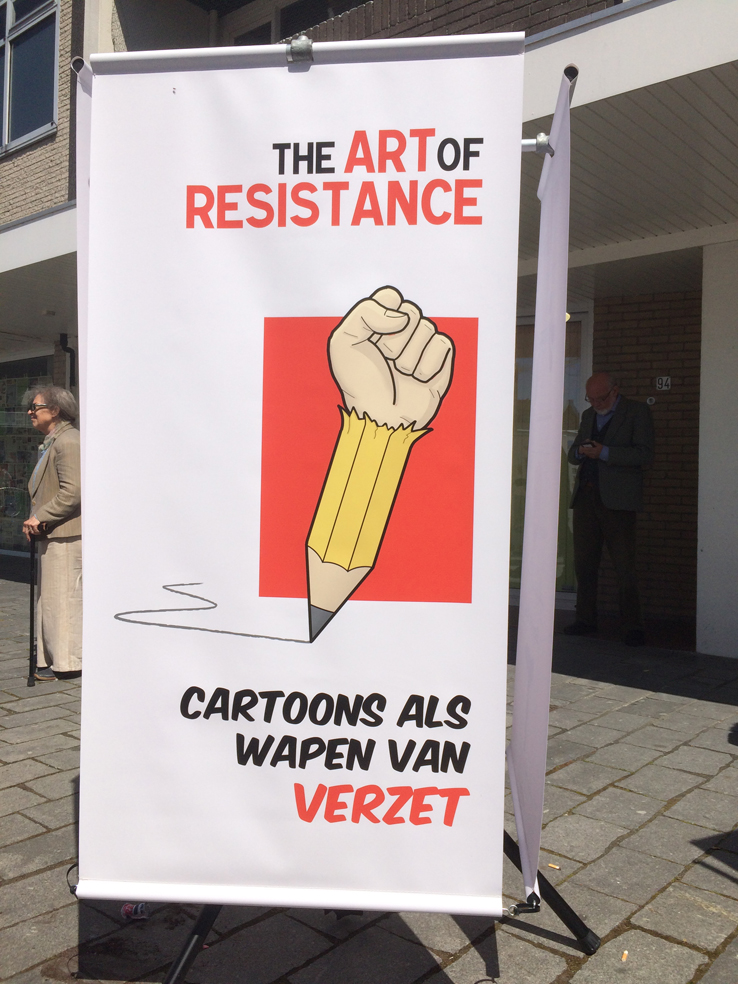 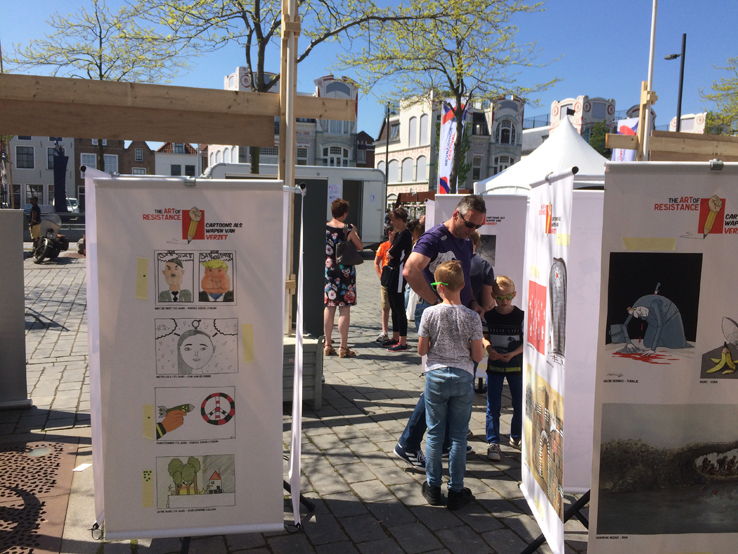 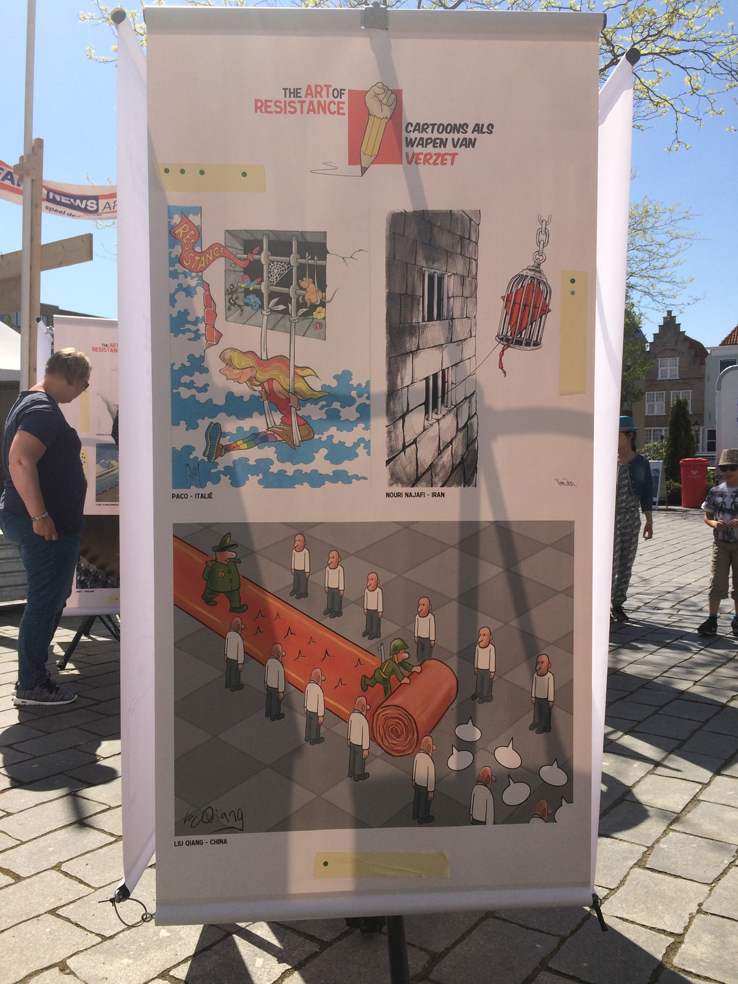 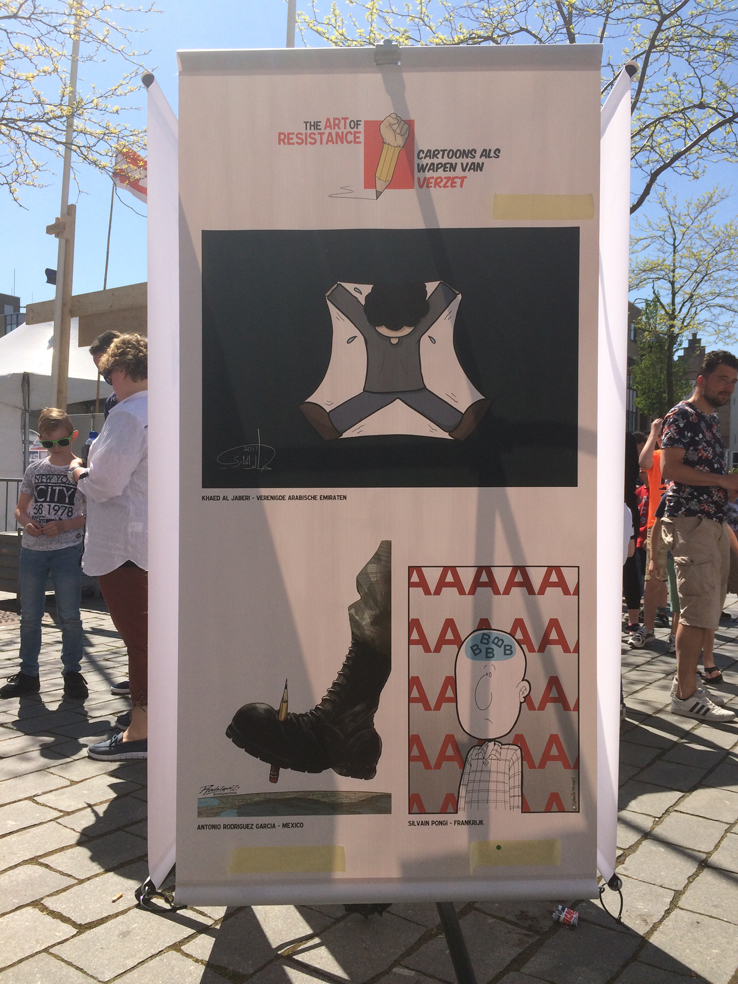 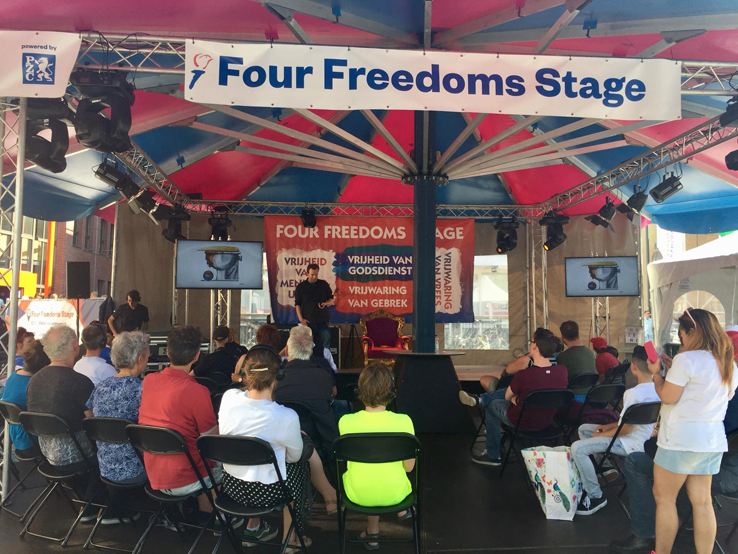 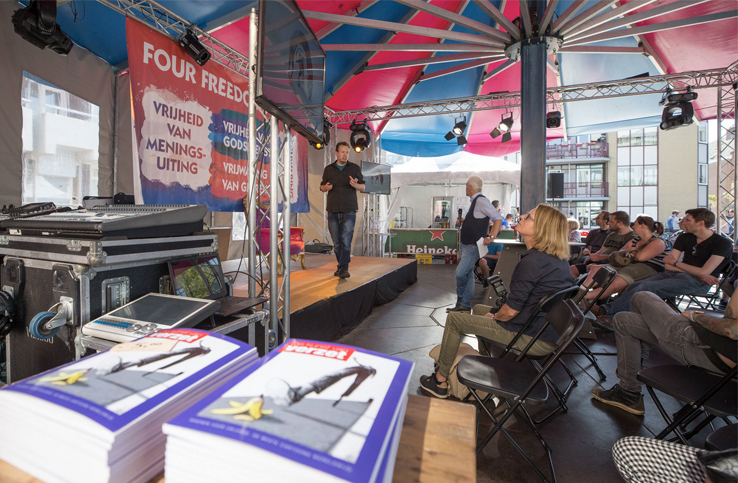 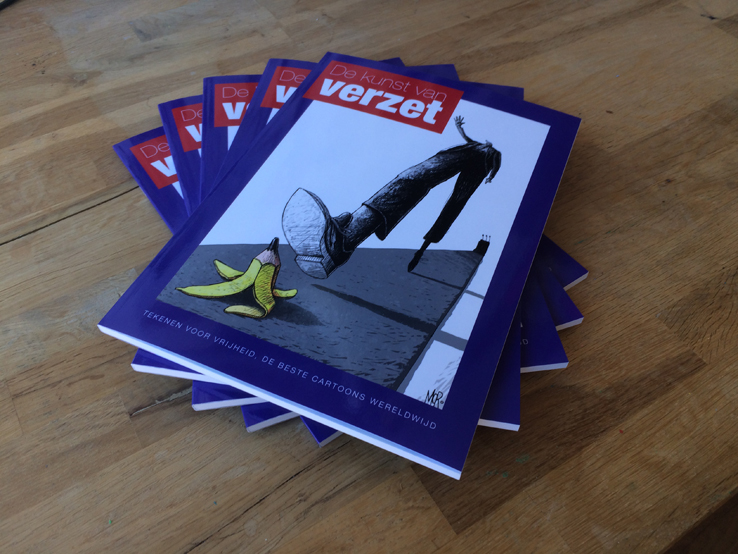 On May 24, the official award ceremony will take place at the main library in Middelburg (the Netherlands). The exhibition will be on display at the library from May 24th until June 5.