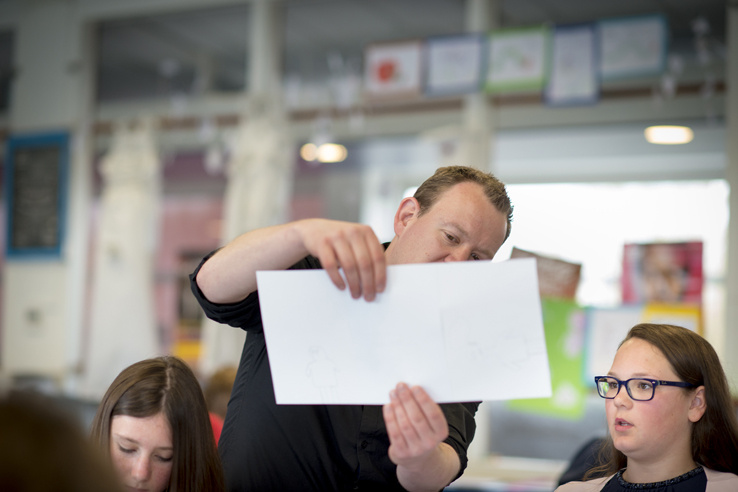 Last week, we announced the official selection of the international cartoon competition The Art of Resistance. 58 cartoons will be featured in the upcoming exhibition with the same title. This week, we’re kicking off the school competition: CM editor and cartoonist Tjeerd Royaards is in Zeeland (the south of the Netherlands) and for the next 10 days will be giving workshops for high school students, teaching them why cartoons matter and inspiring them to draw their own cartoons about resistance. The best cartoons made by the students will also get a place at the exhibition. The winners of the school competition will be announced on May 5th at the Freedom Festival in Flushing, when the winners of the international competition will also be revealed.

We did a similar school competition in 2016, with some amazing results, and we’re excited to organize a second edition!