1. The Evolution of Peace? 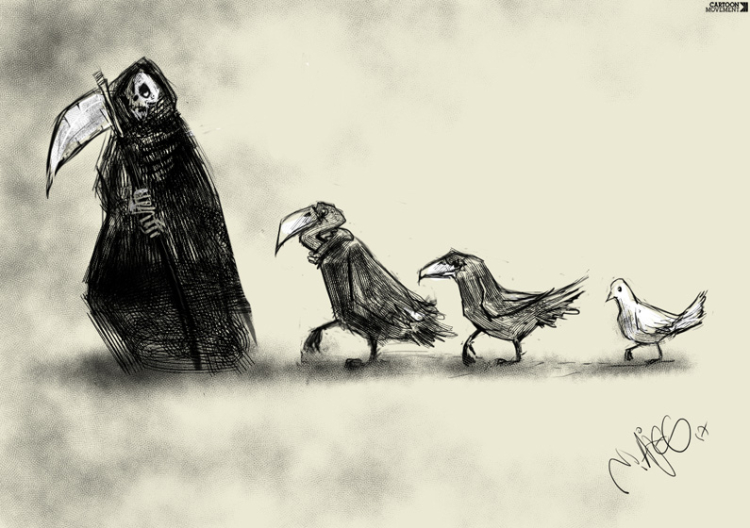 Many cartoonists satirize the March of Progress, but few so aptly as this cartoon by Mohamed Ajeg where the dove of peace transforms into the Grim Reaper. Published in April 2017. 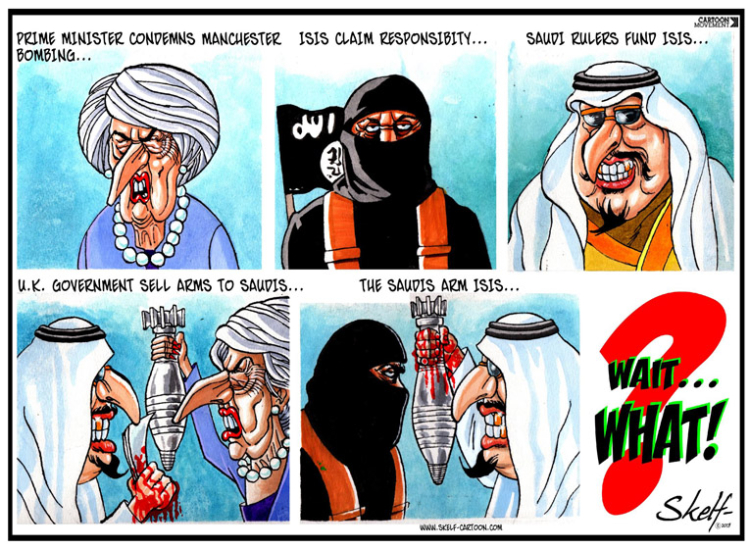 Hypocrisy and politics go hand in hand far too often, and sometimes you need a cartoonist to break down the story and show the depravity that unfortunately defines the foreign policy of many countries. Here Skelf points out how UK policy enables ISIS to carry out terrorist attacks in Great Britain. Published in May 217. 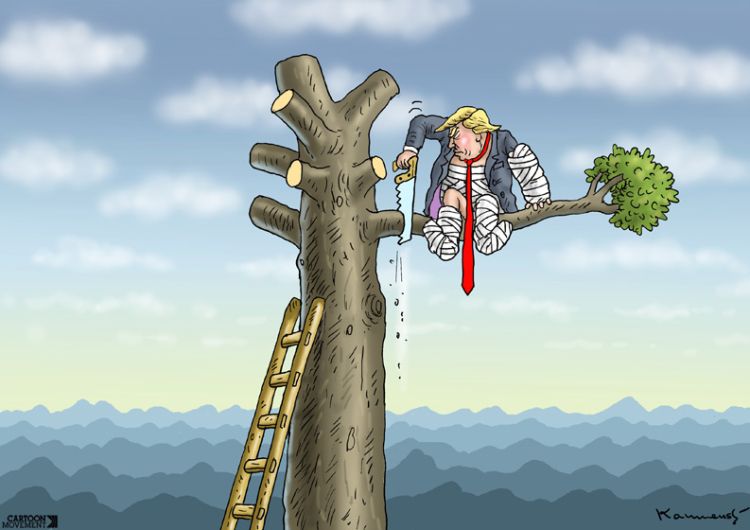 The first year of the Trump presidency (especially the first half of 2017) summed up by Marian Kamensky. Published in June 2017. 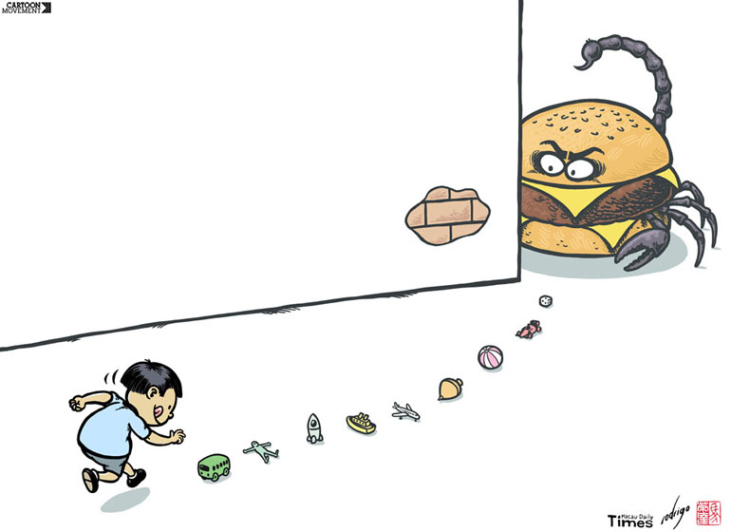 Rodrigo de Matos takes on the fast food industry and the way they lure children into an unhealthy lifestyle. Published in June 2017. 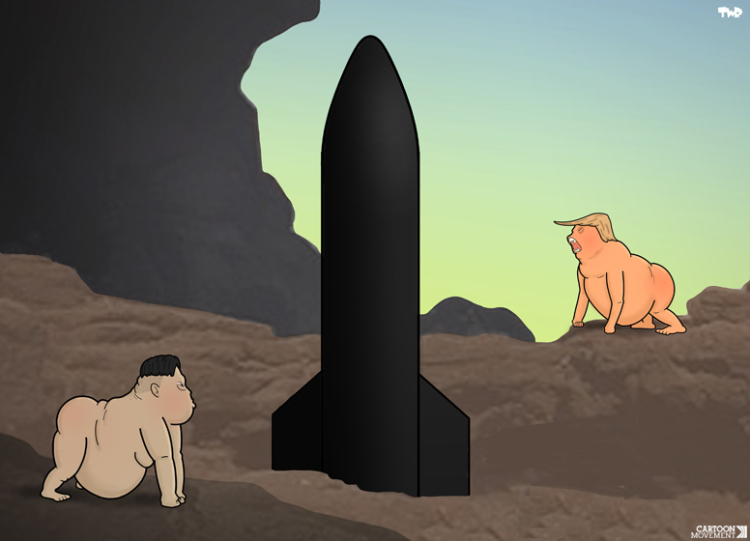 The ongoing crisis between the US and North Korea reminded Tjeerd Royaards of a classic movie. Published in August 2017. 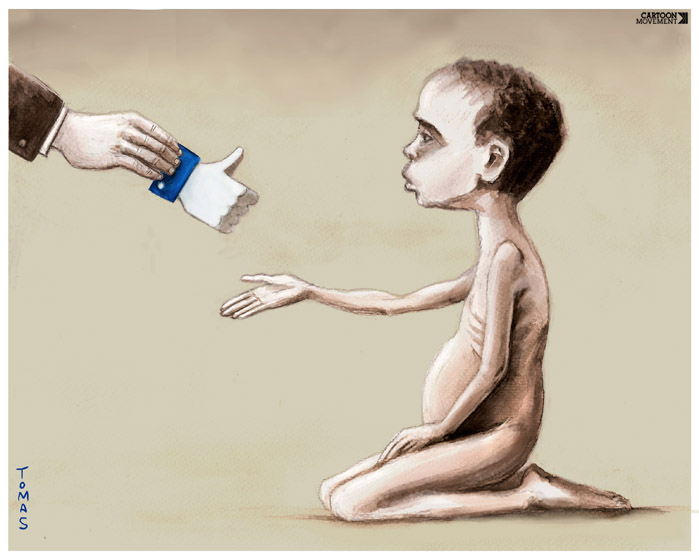 What is a 'like' worth, asks Tomas. Published in September 2017. 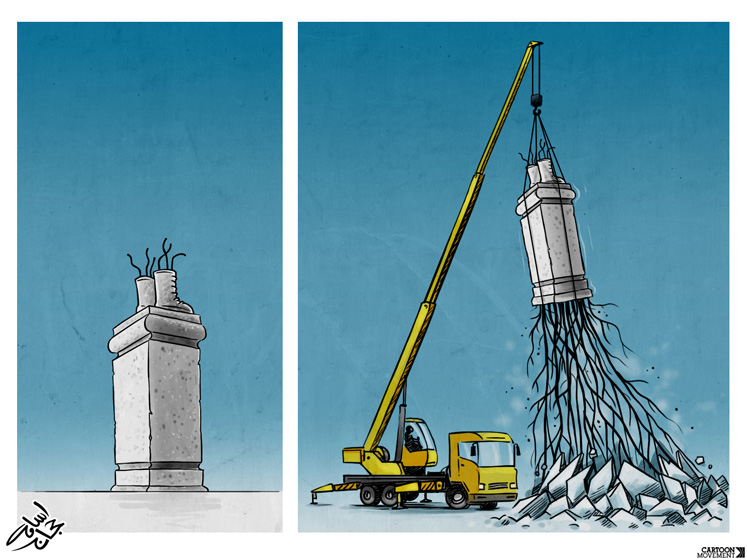 The roots of a dictatorship run deep, making a transition to freedom and democracy difficult. We have seen how difficult this can be in the aftermath of the Arab Spring, with several countries gliding back toward an authoritarian regime. More recently, the removal of Mugabe is reason for hope, but now Zimbabwe faces the challenge of dealing with Mugabe legacy. Cartoon by Osama Hajjaj. Published in September 2017. 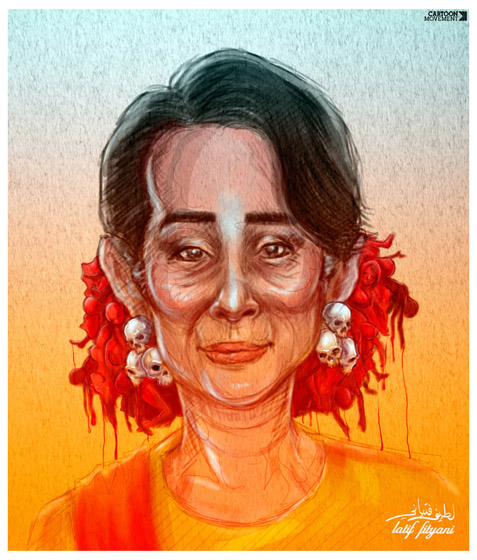 And even a winner of the Nobel Peace Prize can transform into the figurehead of a state whose violent policies do not befit a democracy, but seem more appropriate to the military dictatorship that Burma (now Myanmar) was for a long time. The Rohingya crisis as drawn by Latif Fityani. Published in September 2017. 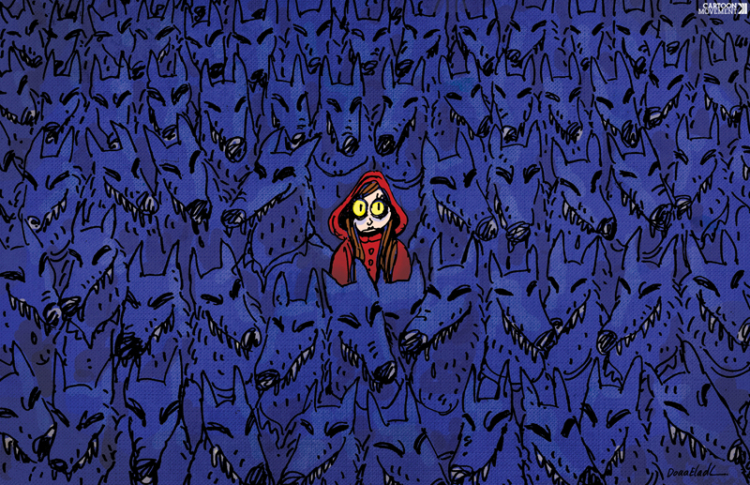 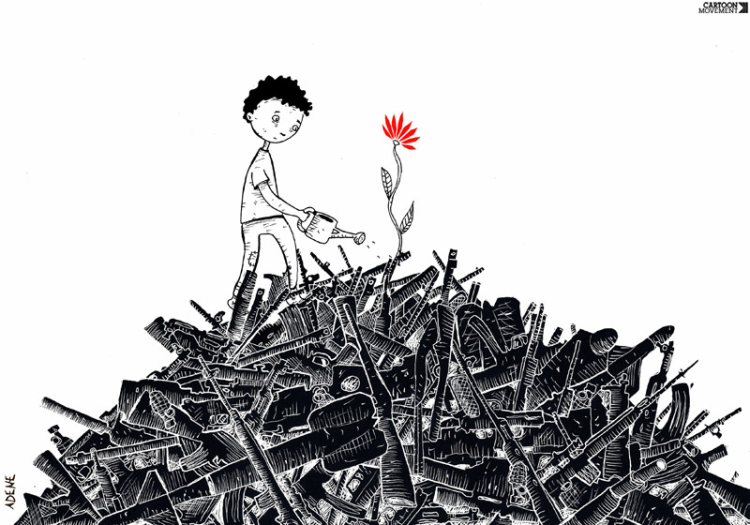 We're ending this year's top ten with a message of hope, by Anne Derenne. No matter how much violence is in our past, we can build a better future. Wishing everyone all the very best for 2018!