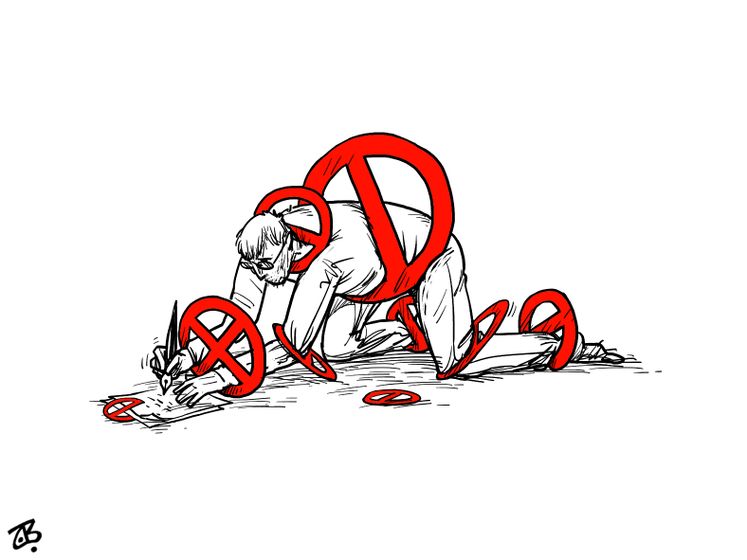 Well known Jordan cartoonist and CM contributor Emad Hajjaj is being investigated over a cartoon criticizing the Greek Orthodox Church. The investigation comes after a ‘contempt of religion’ complaint was filed by a citizen.

The cartoon criticized the Patriarch of the Jerusalem Orthodox Church for selling off church owned properties in Jerusalem to the Israeli occupation authorities. The cartoon depicted Jesus Christ on the cross saying ‘I am Christ the son of Mary and I disown Patriarch Theophilos III and all of those who were involved with him in selling the noble Greek Orthodox Church to the Israeli occupation.’

The cartoons triggered many angry responses on social media, and Emad has even received death threats.

Although the investigation is ongoing, Emad has been released and has not been charged with anything yet.

Read more about this case here.