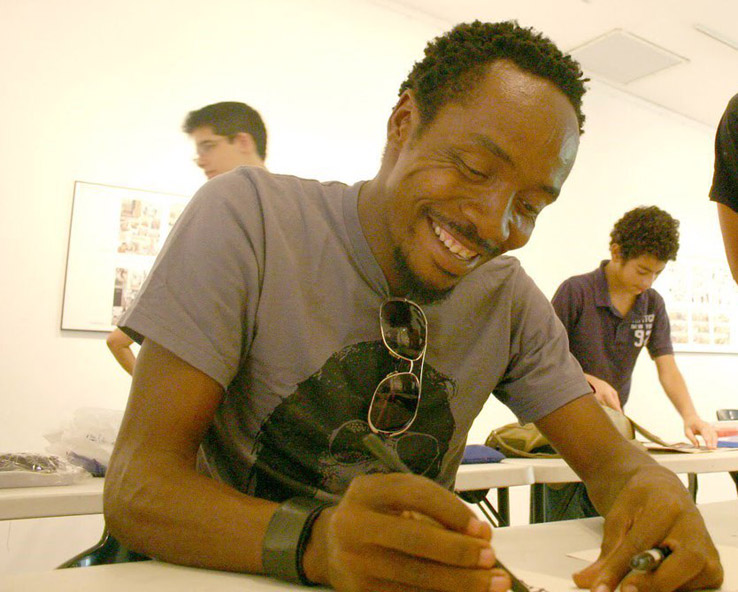 Cartoonists Right Network International has announced this year’s recipient of the CRNI Award: Ramón Esono Ebalé, a cartoonist from Equatorial Guinea who is currently imprisoned in Equatorial Guinea’s notorious Black Beach prison under as yet unspecified charges.

Ramón is a gifted and outspoken graphic novelist and editorial cartoonist. Every year this award is given to the cartoonist or cartoonists who have exhibited great courage and self-sacrifice in the pursuit of their craft and in the exercise of free speech.

The Equatorial Guinean government, one of the most notorious kleptocracy’s in Africa, is clearly angered by his outspoken comic and cartoon based criticism of the ruling family. Government seems to be reluctant to charge him with any human rights/free-speech violations and have rather chosen to cook up outrageous charges of money laundering and currency counterfeiting to imprison him. Even now, at this writing, they seem to be having difficulty coming up with any evidence that would withstand international scrutiny.

Mr. Ebalé’s continuous refusal to be intimidated by the threats made against him, and his courage in the face of a brutal and repressive regime led our Board of Directors to make this decision. The award will be given in absentia during the proceedings of the annual convention of the Association of American Editorial Cartoonists on November 4, 2017 at a venue on the Hofstra University campus in Long Island, New York.