March 25 marked the 60th anniversary of the European Union. With Brexit looming and general dissatisfaction with Brussels at an all-time high among Europeans, 2017 is perhaps the most challenging year for the EU to date. Europe has always inspired cartoonists, and we have collections about the euro crisis (Greece has its own collection), the question of European unity, the refugee crisis and most recently, Brexit. Here, we have selected 10 of our favorite cartoons inspired by Europe. 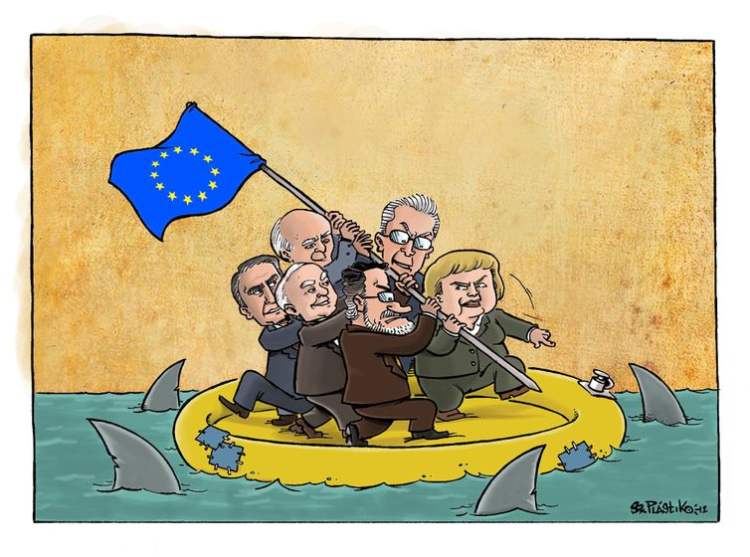 This cartoon by Ricardo Plástiko perhaps provides the best visual metaphor for the European project. The political will might be present in the leaders of Europe, but the foundation is unsuitable for planting a flag. 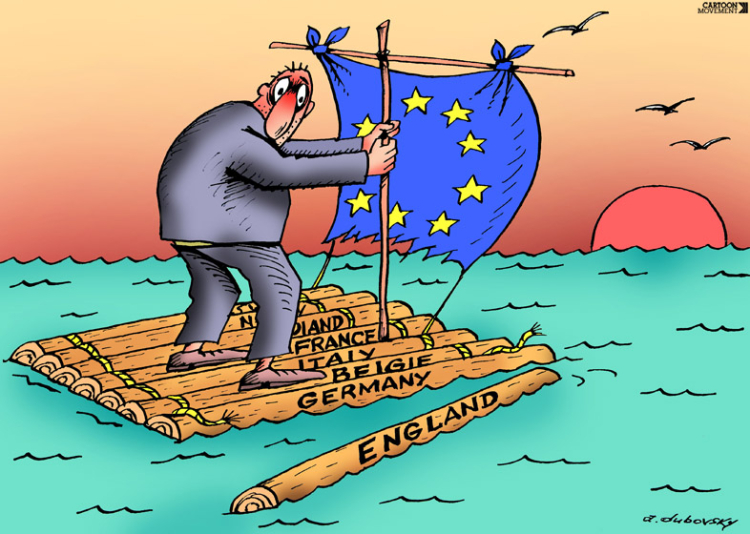 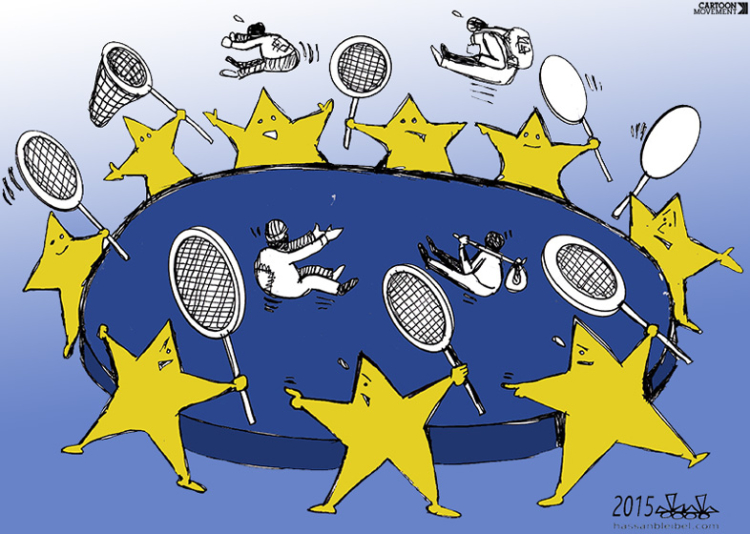 The refugee crisis has laid bare the deep divisions still present in Europe today. After 60 years of cooperation, deciding on a fair system of dividing refugees among member states is still a bridge too far. Cartoon by Hassan Bleibel. 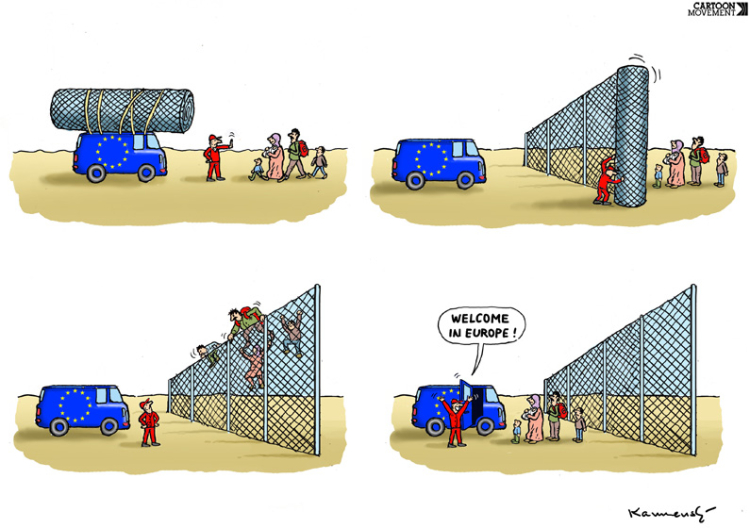 The only thing Europeans seem to agree on is the need for more fences. Not that these fences really do any good, according to this cartoon by Marian Kamensky. 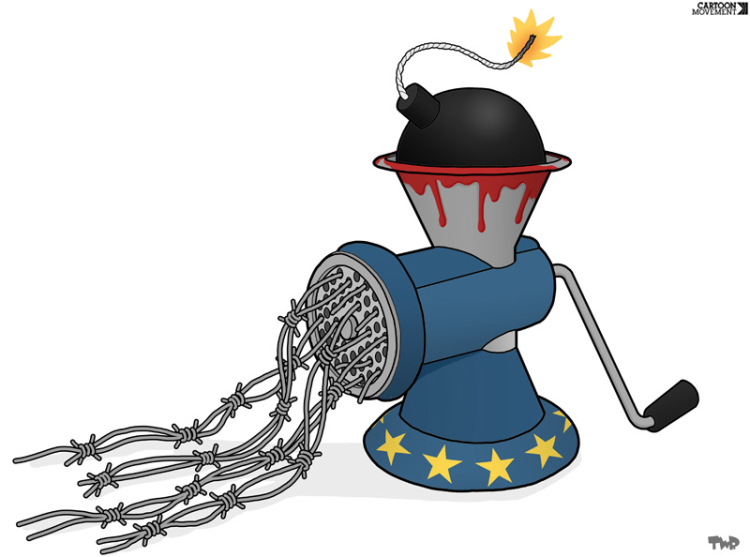 The terror attacks that have taken place across Europe in the past year (Brussels, Nice, Berlin, London) have not helped the European project; the open, border-less society has given way to barbed wire. Cartoon by Tjeerd Royaards. 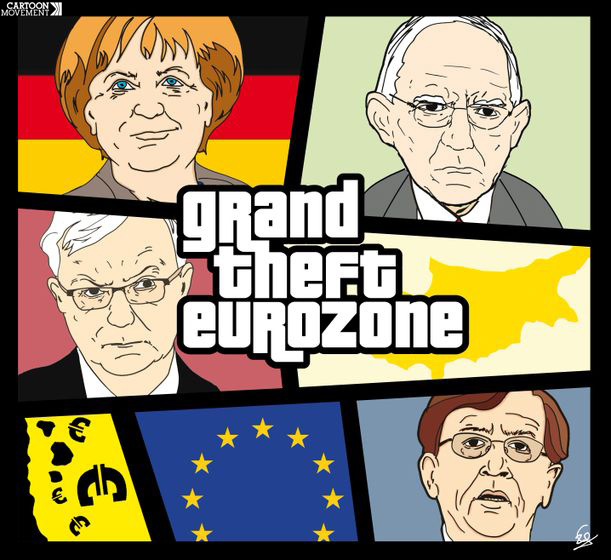 The persistent image of the EU is that of an out-of-control technocracy, where neoliberal policies take precedence over the interests of common Europeans. This image is aptly captured in this GTA parody by Manos Symeonakis. 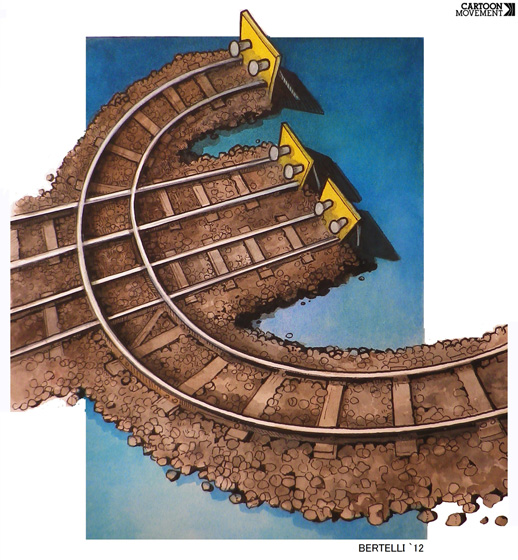 So are we on a dead-end track? A question posed visually by Matteo Bertelli.

8. The Future of Europe 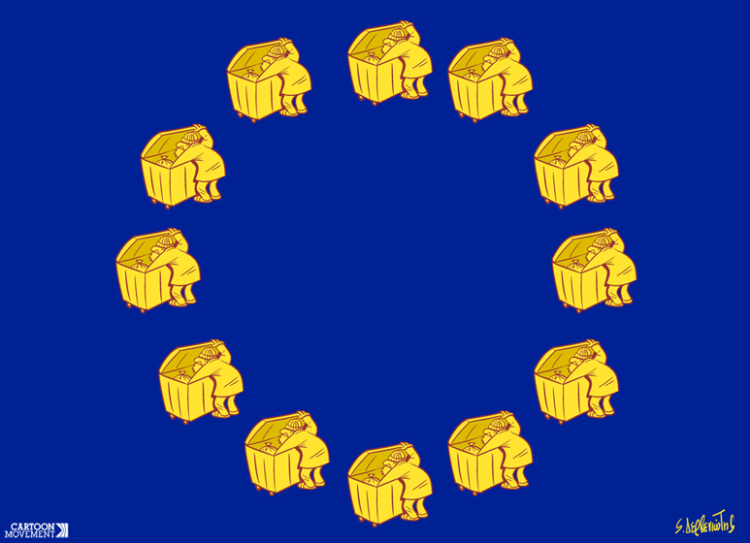 And if we are, is this the future of Europe? A revised EU flag design by Spiros Derveniotis. 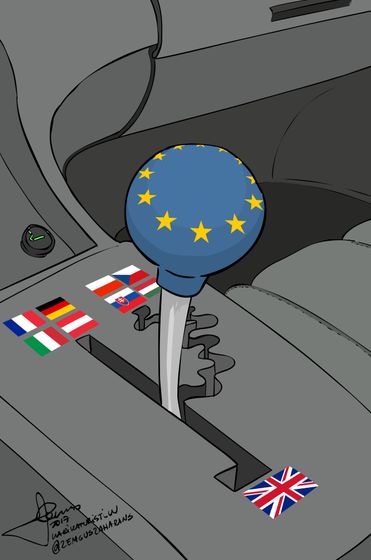 The newest effort to prevent the collapse of the EU is a multi-speed Europe. Although this might be the only viable solution, it present a new complexity in what is already seen by many to be an uncontrollable behemoth. Cartoon by Zemgus Zaharans. 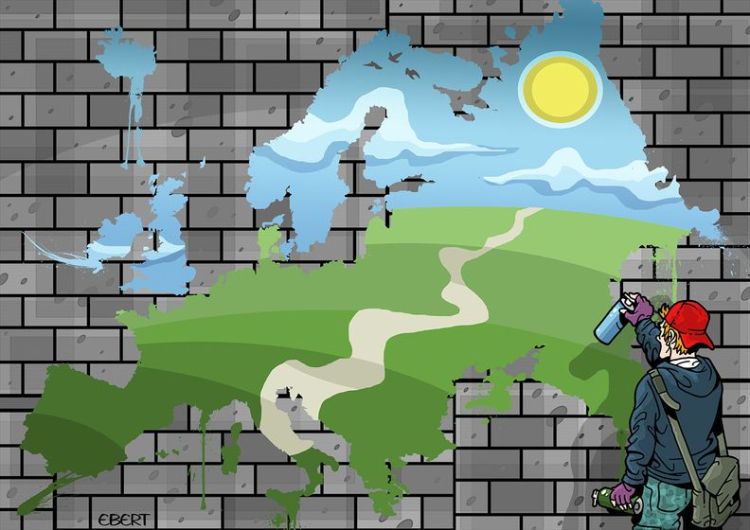 In the end, the question is if we still see the European project as something to aspire to, a way to overcome the war-torn past where walls divided east and west, or if that aspiration has proven to be unattainable, or undesirable. Europe is up against the wall in this cartoon by Enrico Bertuccioli.

England? Thanks for that.