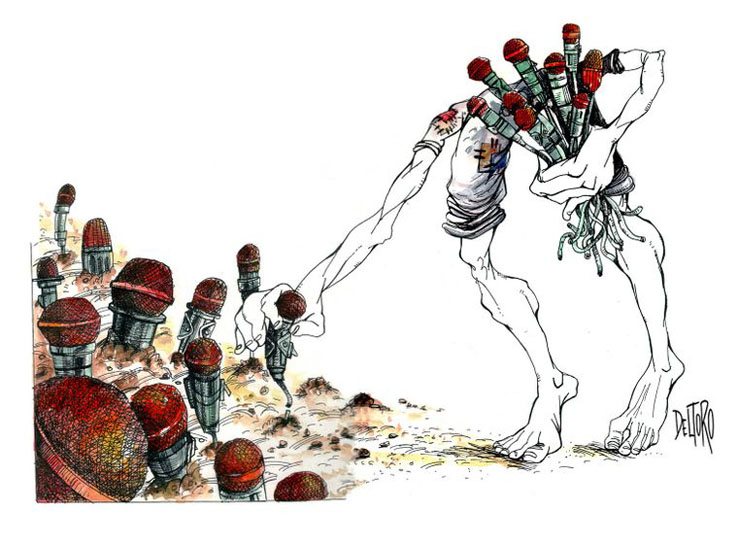 We are very pleased to welcome another cartoonist from Cuba. Yoemnis Batista Del Toro (artist name DelToro) is an artist from Havana; his vibrant and colorful work has a poetic quality. 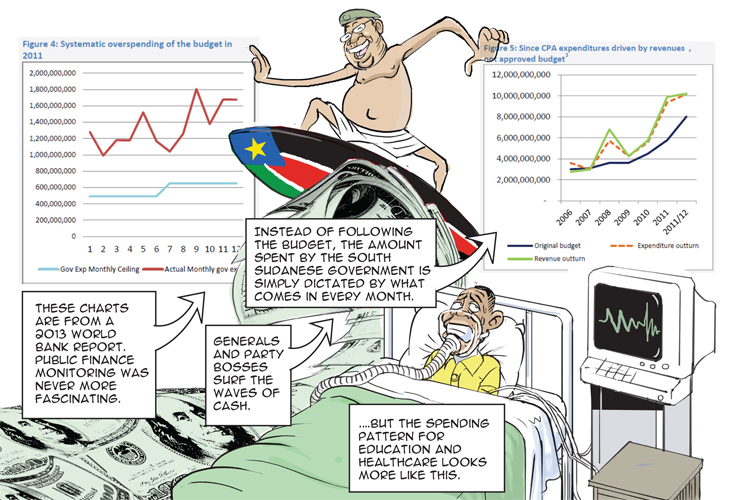 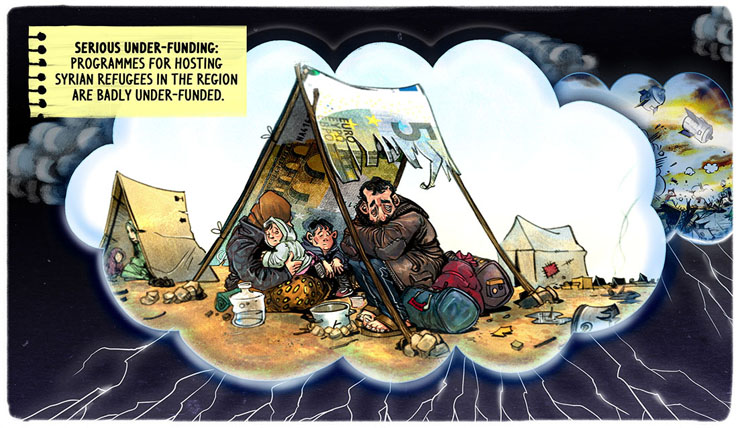 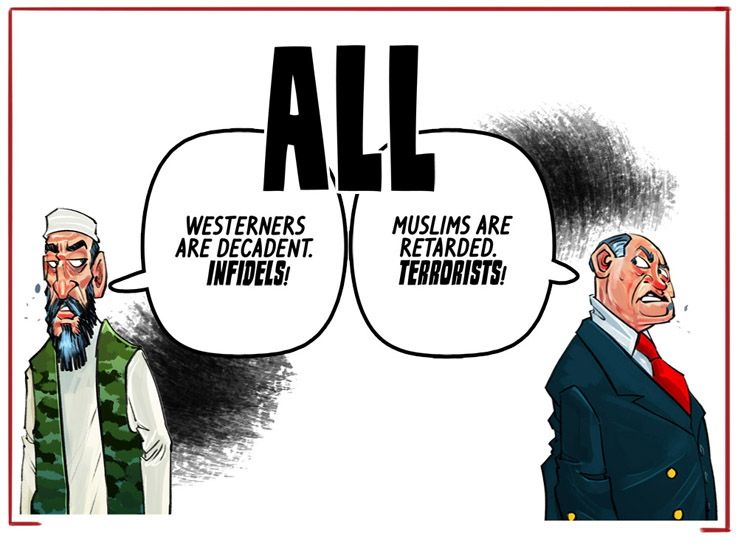 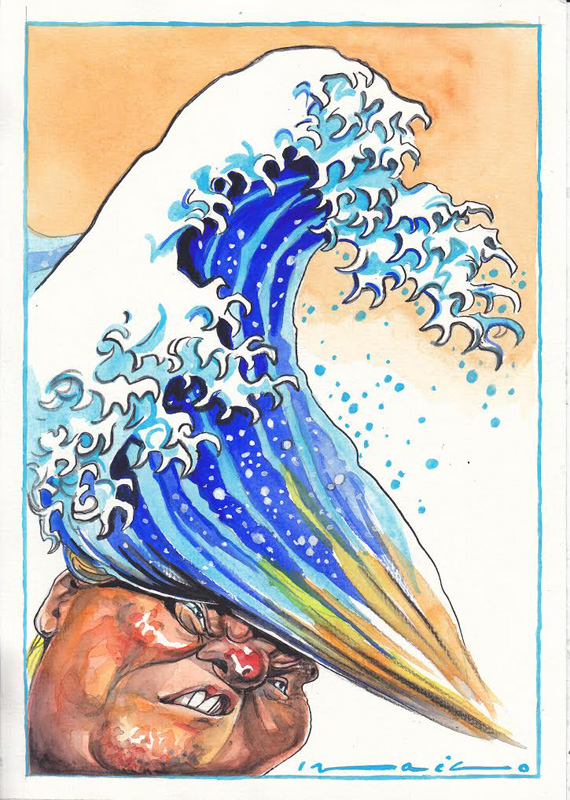 Ivailo Tsvetkov is an award-winning cartoonist living and working in Sofia, Bulgaria. His first cartoon was published in 1982 and he currently works for various publications. 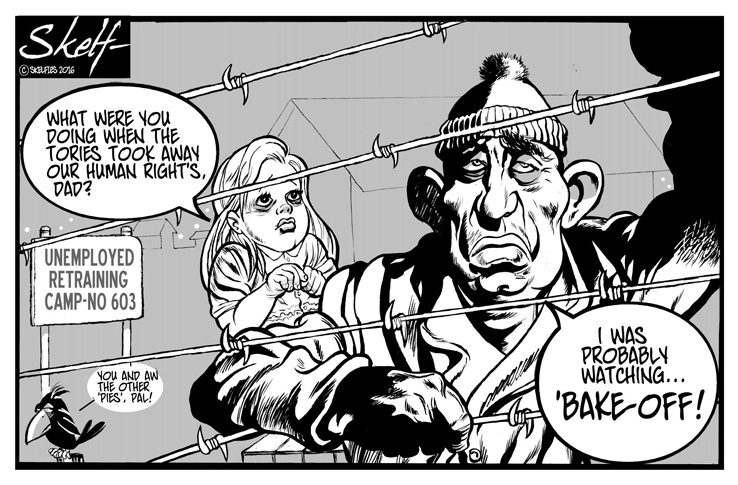 Rob Moran (publishing as SKELF) is an award-winning political cartoonist from Scotland. A SKELF is a Scots word for a splinter that gets under the skin and then irritates beyond all proportion to its size. Check out more of his work on his Facebook page. 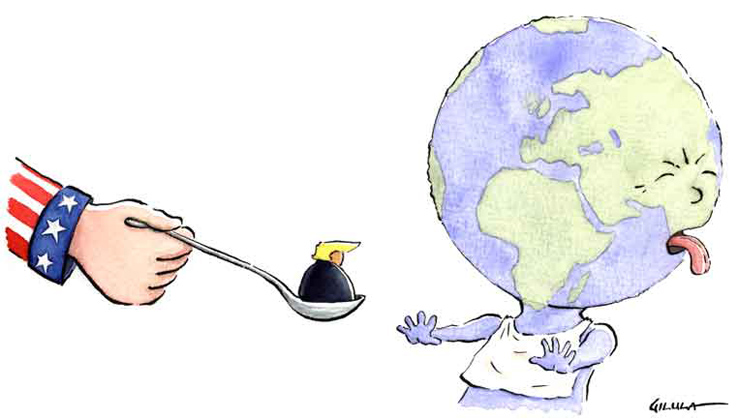 Moshe Gilula is an illustrator, cartoonist and graphic designer from Israel, currently living in the Netherlands. Visit his website here. 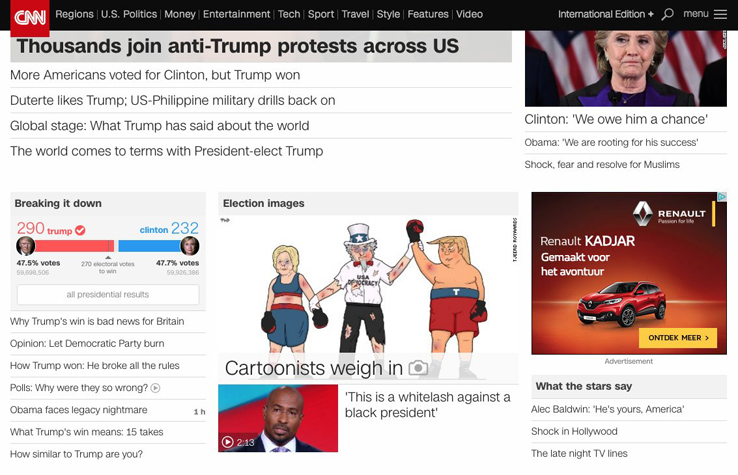 As our newsroom is filled to the brim with cartoons about Trump winning the US election, other media around the world have published cartoon slideshows. CNN has also published a slideshow. Unlike the majority of other media, CNN asked a number of cartoonists to send in a cartoon right after the final result of the election, and actually pays them for their contribution. Cartoon Movement’s editor-in-chief and cartoonist Tjeerd Royaards made the homepage of CNN with his perspective on Trump winning the US elections.

Questions of copyright is a monthly feature in which we share some of our questions and concerns about how and where cartoons from Cartoon Movement are used without our permission.

A cartoon by Miguel Villalba Sanchez (pen name Elchicotriste), responding to the lack of media attention for Haiti after the devastation of hurricane Matthew, went viral. Elchicotriste’s haunting image again proves how the Internet offers cartoonists the potential to reach a massive audience with every cartoon they do. Which is of course wonderful, although many media outlets that shared the cartoon did forget to ask for his permission. But instead of listing the sheer endless list of media websites with this particular form of selective amnesia, we’ve decided to highlight the two media outlets that did contact Miguel.

Miguel has informed us that Al Jazeera and Europa Press both contacted him before publishing the cartoon. Europa Press even linked to Cartoon Movement (the original platform of publication), one of the very few that did. Well done!

On a more negative note, another platform we’d like to highlight this month is Sada El Balad, a news website from Egypt with almost 2,5 million fans on Facebook. The English version of the website has a page that’s devoted to cartoons, publishing cartoons from various sources including Cartoon Movement. We’ve contacted them to inform them of our copyright policy, but have yet to receive a reply. In the meantime, they continue to provide an additional (if unasked for) outlet for our cartoons.

We refer to this unauthorized use of cartoons by media outlets as the culture of free content on the Internet. Because people on social media freely share content, many professional journalists and editors feel they can do the same. In our view, this is one of the biggest threats to our profession. If you're in Australia (near Sydney), and you're interested in the future of editorial cartooning, we recommend you attend 'Surviving in a Digital World, a panel discussion on November 12 that is part of the annual conference of the Australian Cartoonists' Assiciation. 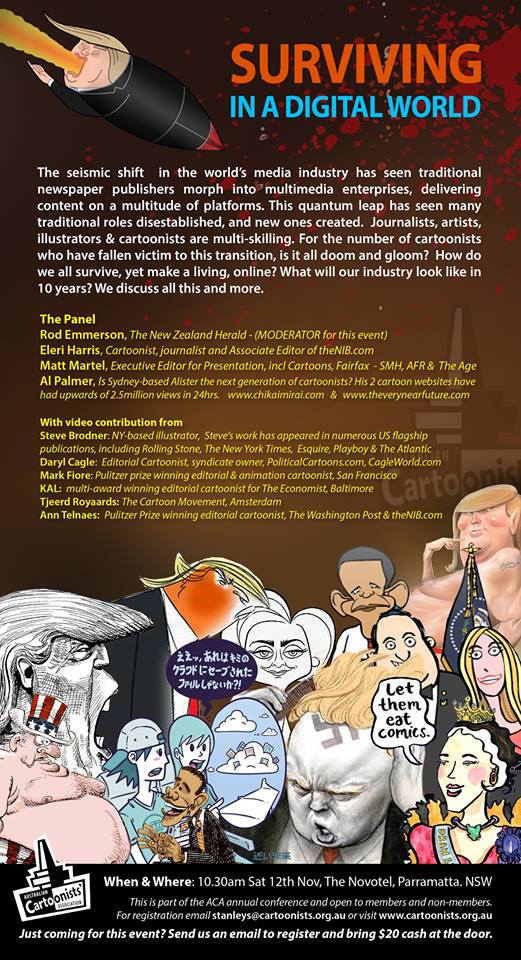