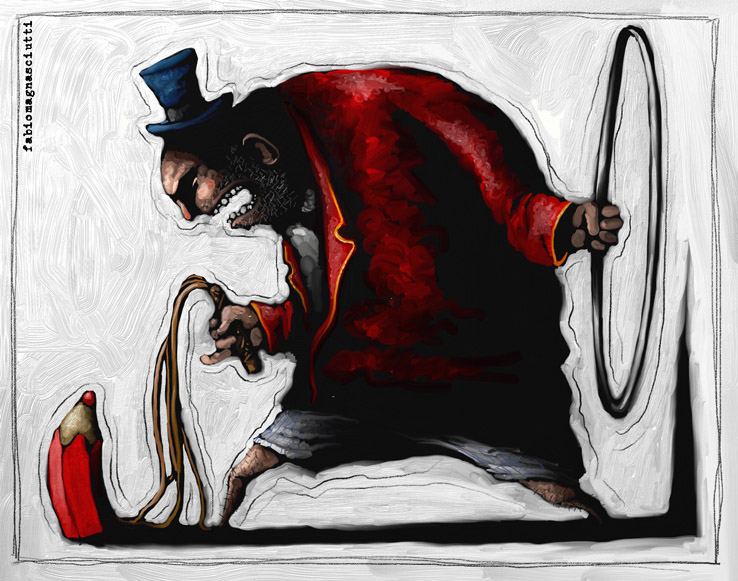 It angers me a lot this thing, draw takes time, energy, effort
When I get images published illicitly I write and remember that I am the author, and are violating the law on copyright.
Not always needed, and taking legal action is expensive but not give ourselves up in front of this ours is a job not a luxury and is always paid little but free .. is a joke
You can publish a testp to the authors if you want, we copy it and ship to these publishers dishonest