Late last year, we made a comic with Palestinian artist Mohammad Saba’aneh about the water crisis in Gaza. The comic was made for a client, but never got published due to artistic differences and different perspectives on how the story should be told.

Although this is in some ways a ‘failed’ project, as the client was ultimately not happy with the comic, we consider it to be a success as well. This is Mohammad’s first piece of comics journalism and, although it’s not perfect, we think it’s certainly good enough to publish. We’re also proud of the fact that this is comics journalism made by a Palestinian. There’s not a lot of comics journalism being produced by artists in the Middle East (most is made by Western artists traveling there), while there’s enough stories that need telling in this part of the world.

The comic will go up on our website this Wednesday. 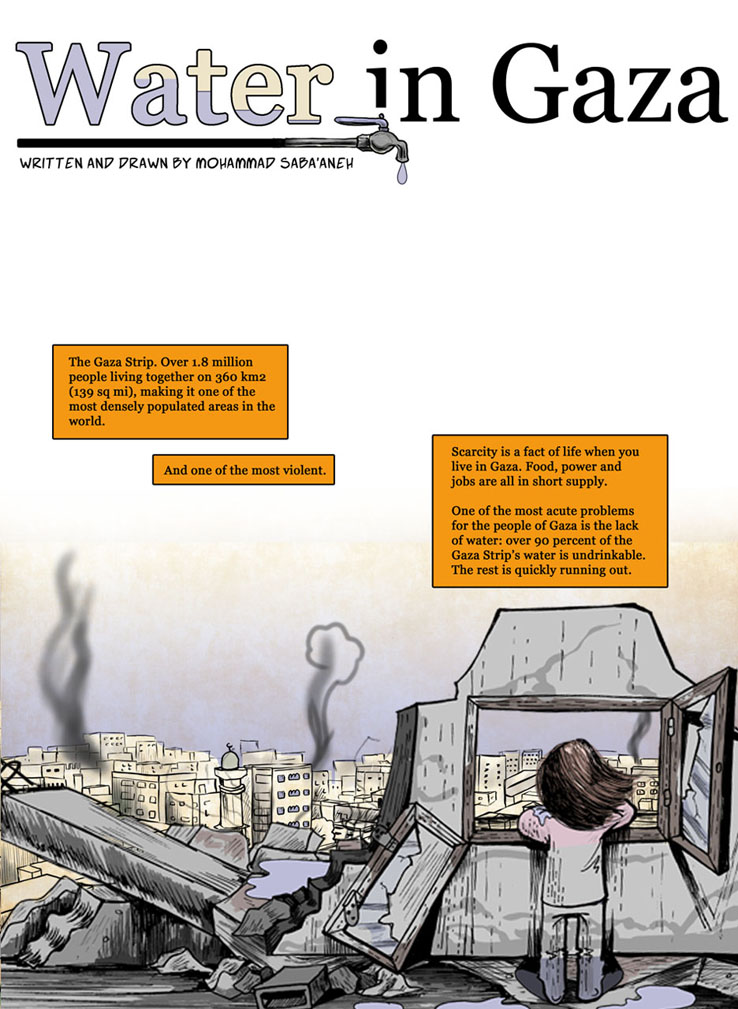