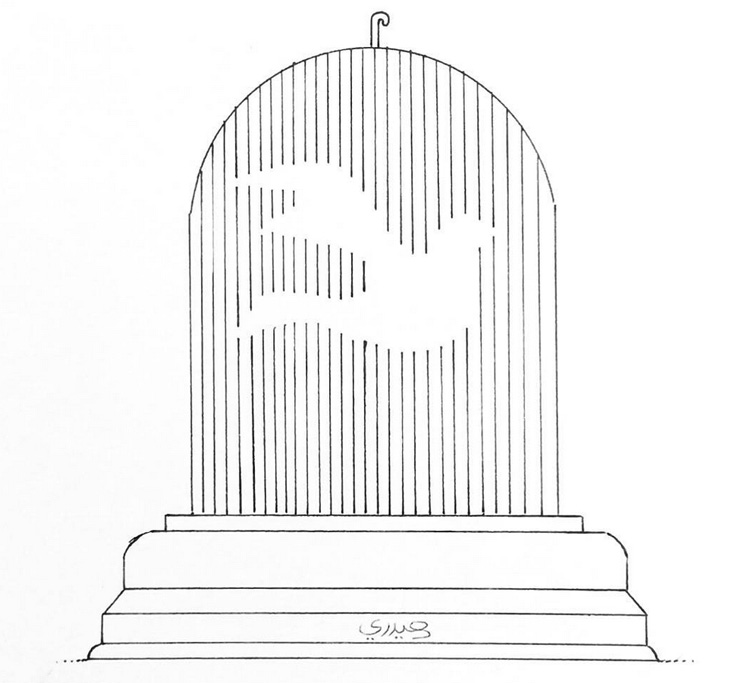 The first cartoon Hadi Heidari made after his realse from prison.

It’s been a week of good news (for a change) in the world of cartooning.

On Monday we received news that jailed Iranian artist Atena Farghadani will be released in May. Atena was sentenced to 12 years in prison last year for a cartoon that depicted Iranian members of Parliament with the heads of animals. Her sentence was reduced to 18 months, the majority of which she has already served. We supported the campaign to free Atena with cartoons and by signing the letter that called for her release. 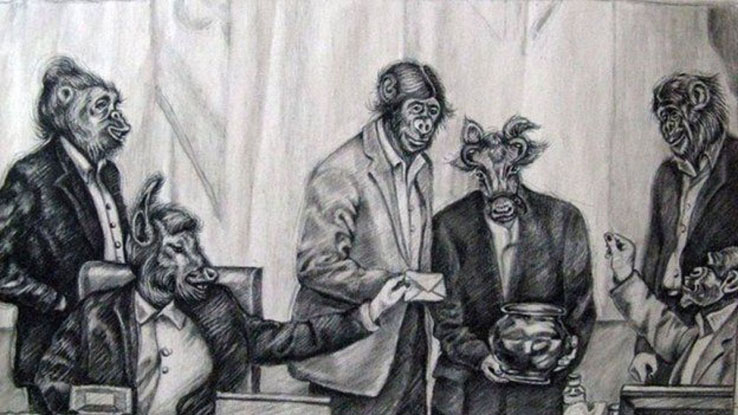 The cartoon that got Atena in trouble.

On Tuesday, Hadi Heidari, another Iranian cartoonist, was released. Had Heidari was arrested in November 2015 to serve a suspended sentence for a cartoon from 2012 that supposedly insulted Iran-Iraq War veterans. 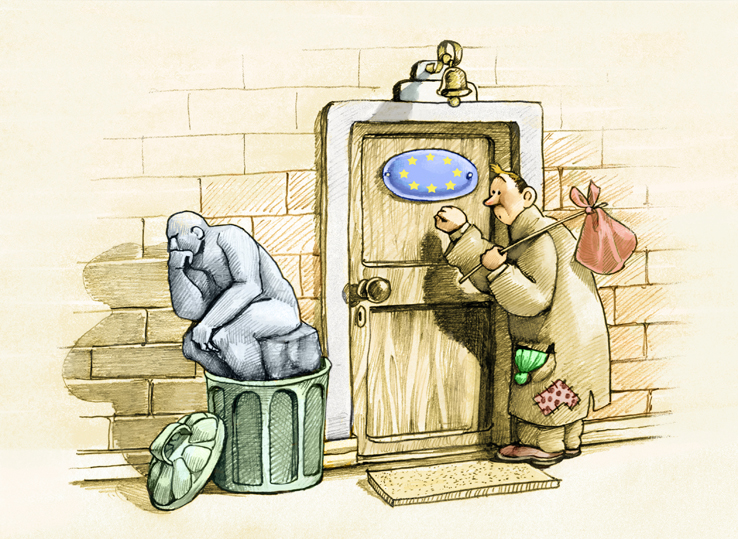 Cristina Bernazzani is an editorial illustrator from Italy. She contributes her work to sites like Shutterstock and Fotolia. We’re exited to have her contribute to Cartoon Movement with her excellent work. 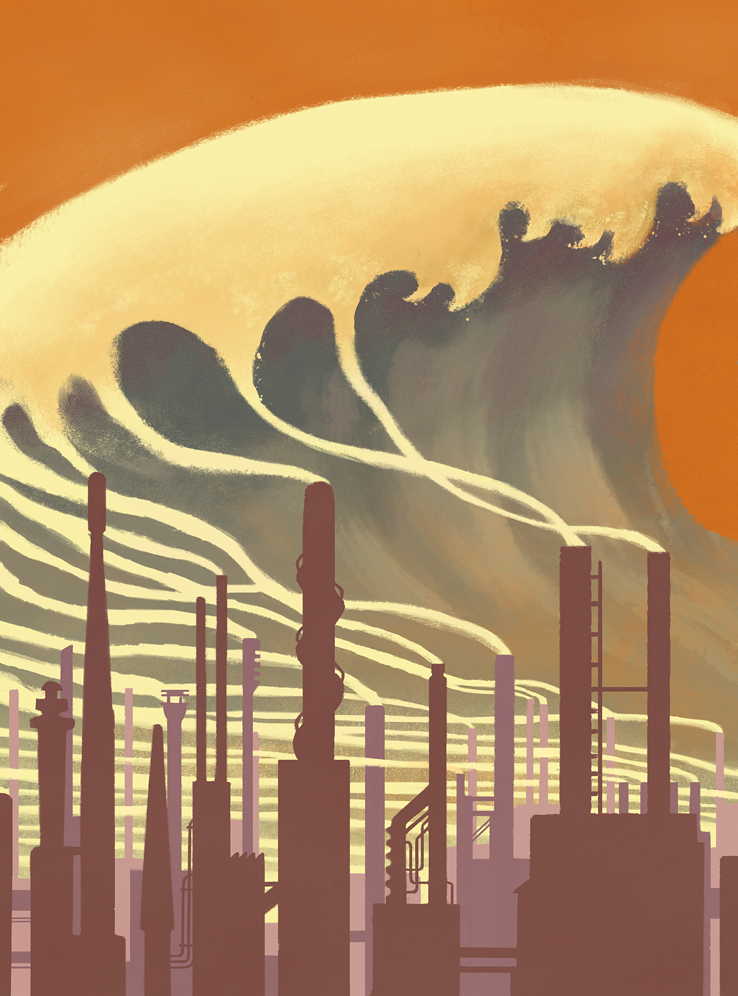 Giuseppe Maggiore is a 30-year old cartoonist and illustrator from Italy. His work makes bold statements about politics and society, in a style that almost feels like you are looking at giant murals. He contributes to various publications, including Italian magazine Left.

This Wednesday, we publish the third comic in our series on South Sudan, produced in cooperation with the Justice and Security Research Programm (London School of Economics) and the World Peace Foundation (Tufts University).

The first comic, South Sudan: Who Got What, explains how South Sudan was bankrupt and at war within just three years after independence. South Sudan: The Price of War, The Price of Peace, the second comic, focuses on the effort to bring peace to South Sudan, and how the peace talks are used by the country's elite to enrich themselves.

Seekin Justice in South Sudan, comic no. 3, is a case study of a neighborhood in Juba, South Sudan, that shows how ordinary citizens struggle to find justice. If institutions of law and order are weak, they can bend to the will of men with money and guns. As a preview, page 1 is shown here: 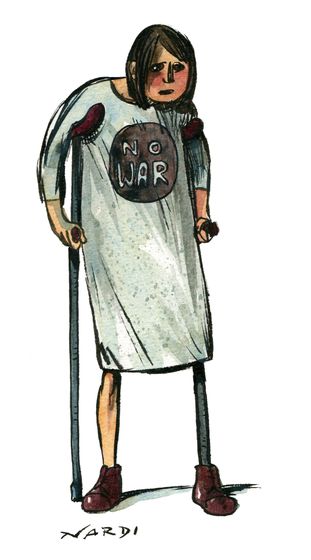 We are delighted to welcome Italian illustrator and cartoonist Marilena Nardi to our community. Her work is published widely in Italy and abroad. She also teaches at the at the Academy of Fine Arts in Venice.

Our Most Popular Cartoon 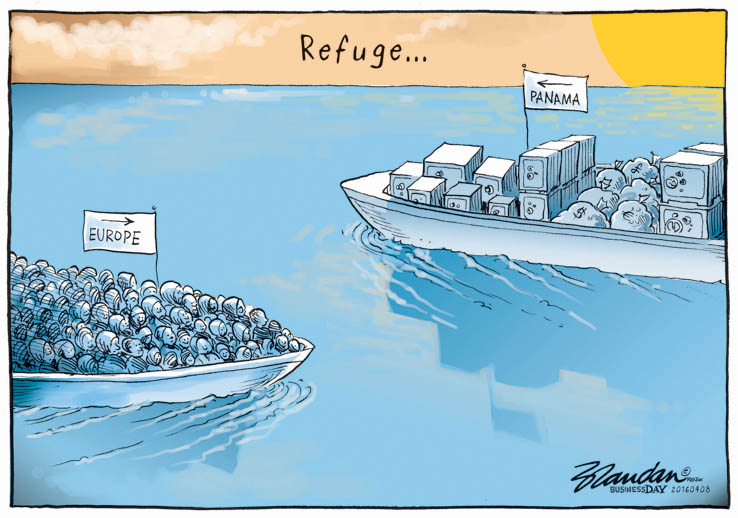 With over 8000 shares on our Facebook page and 38K likes (both at time of writing), the cartoon ‘Refuge’ by South African cartoonist Brandan Reynolds is the most popular cartoon we’ve published in our five-year history. The cartoon captures our outrage and indignation over the Panama Papers in a simple visual  of two ships and three words. 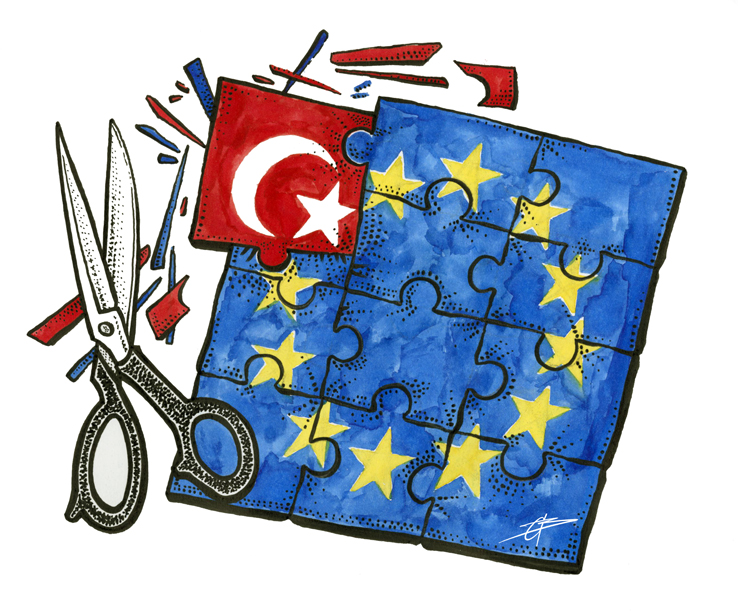 Gezienus Bruining is a young Dutch illustrator and cartoonist. He got his art degree in 2015, and his cartoons, which are already very good, show tremendous promise.  Check out more of his work on his website. 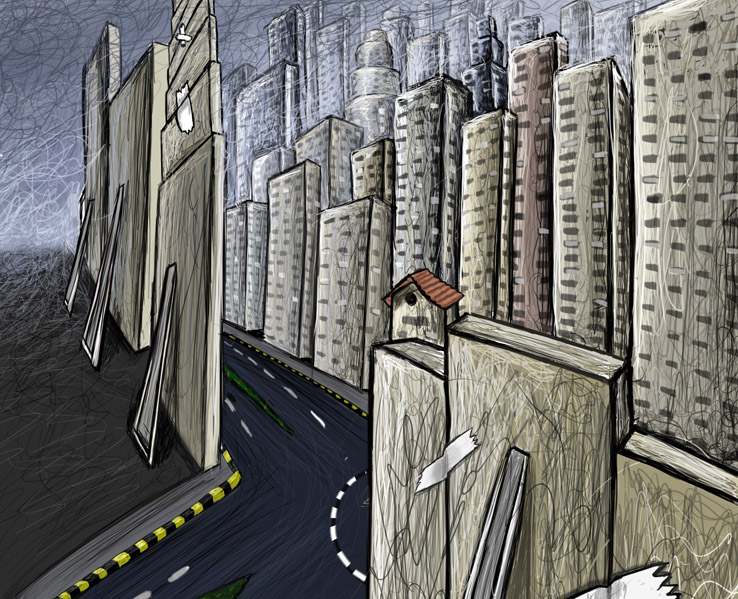 Maram Heshan is a young artist from Irbid, Jordan. Her work leans more to the artistic side of cartooning, but her images do provoke questions about the world we live in. Check out her Facebook page to see more of her work.