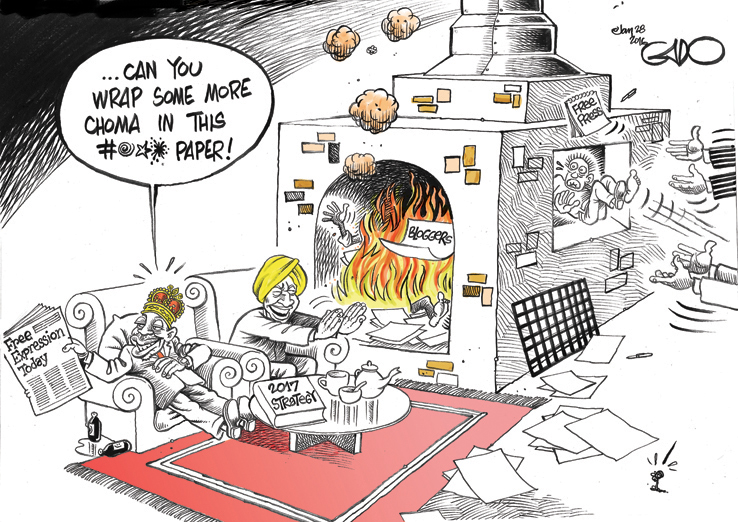 Boniface from Pawa254 has referred me to you. As we are currently working on assembling a childrens book on human rights, I am trying to get in touch with Kenyan cartoonists / illustrators. Can you kindly help me with a few contacts?

this is an infringement to freedom of expression. the best messages are passed through huomour

The media house should be investigated.

So bad that he was fired.

The journalist opt to have expression of rights.

This is not good at all. No wonder i no longer see his cartoons in the newspaper.

Freedom of thought and expression should be encouraged not curtailed. I love Gados cartoons and am glad he has a website where he publishes his work. I follow him on twitter and Facebook. Great artist. Kenya has seen no other.