On September 11-12 and 13, 35 political cartoonists from all corners of the globe came together in Normandy, France, to discuss the future of their profession after Charlie Hebdo. 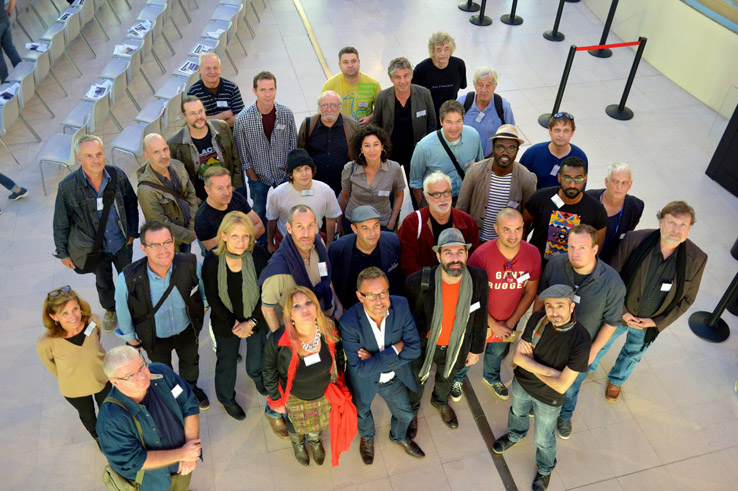 Every year (this was the 5th editition), World War Two museum Mémorial de Caen invites cartoonists to meet each other and the public. This year was special. Originally planned for April the meeting was cancelled in February because safety could not be guaranteed. Fortunately, cancellation turned out to be postponement. This year, more than any other, a lot of cartoonists felt the urgency reaffirm their commitment to social satire and to freedom of speech. 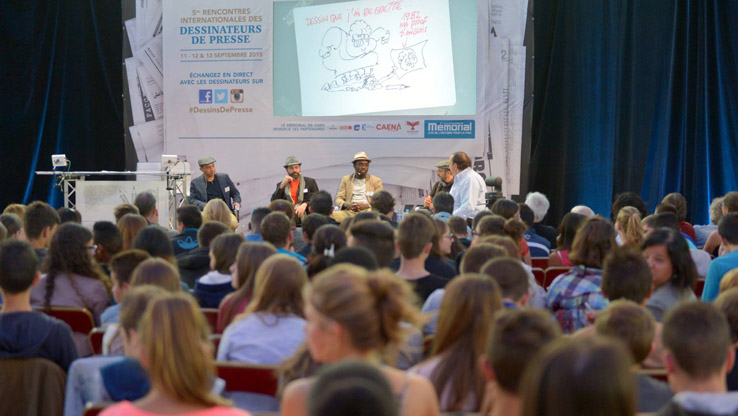 One of the debates - photo by François Decaëns

Over a 1000 people attended the debates, once again proving that France is a country with high regard for political cartooning. A fact that was further emphasized when the event's hashtag #DessinDePresse became the top trending hashtag in France.

The French government took the gathering of almost three dozen cartoonists (and the public) very seriously indeed. The audience was screened beforehand, the museum was guarded by numerous police, and the cartoonists were transported with police escort.

Three days in Caen were filled with engaging debates about the limits to freedom of expression, the question whether or not a cartoonist is a journalist and the impact of the attack on Charlie Hebdo on the profession. But another threat was also discussed: one of the most engaging debates of the event focused on the economic difficulties that cartoonists face. It's getting harder and harder to make a living with political cartoons; one might even argue this is a bigger risk to the profession than the risk of a terror attack.

Wherever cartoonists gather, there will be drawing. The Memorial provided two giant pieces of paper and invited all the cartoonists to draw a tribute to the victims of the January 7 attack. The 'frescos' will be on display in the town of Bayeux (near Caen) during the Prix Bayeyx-Cavados, an award for war correspondents. 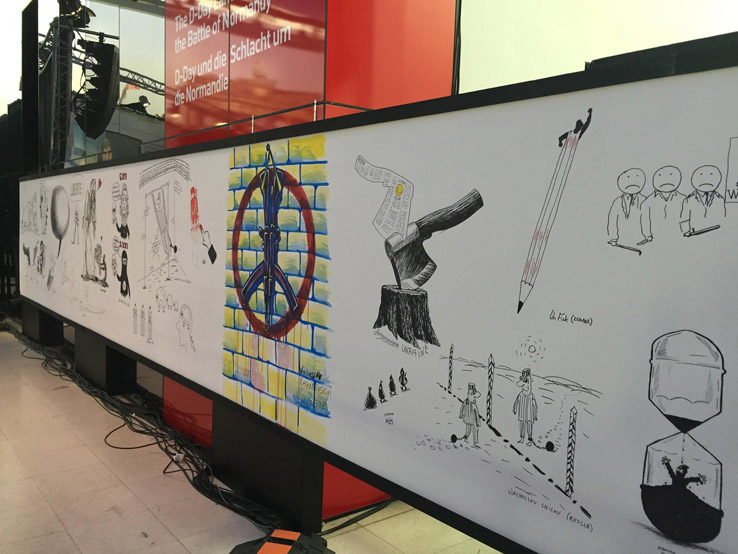 One of the frescos - photo by François Decaëns

Here is a video of one of the frescos, showing all the works:

The entire event was livestreamed; if you want to get an impression of the event and the debates, these streams are available on Youtube here, here and here.

Crowdfunding a Comic - Meanwhile in Greece

How is Greece being affected by the ongoing financial crisis? Daily, we are confronted with news from Greece, through multiple media. On Facebook and Instagram, our friends flood our walls with holiday selfies from the Greek islands. But what does Greek society really look like after years of austerity? And how has the crisis affected the Greek people? 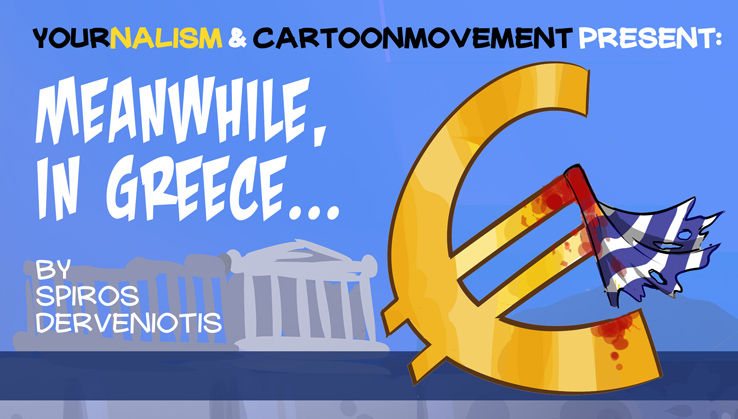 In the series Meanwhile in Greece, cartoonist Spiros Derveniotis (1969) gives us insight into the Greek situation from an altogether unique viewpoint: through a comics series situated in the streets of Athens. In a crossover between graphic storytelling and investigative journalism, the project will delve into a wide spectrum of issues to offer background and perspective. Resulting in a graphic narrative that will immerse the reader.

Born and raised in Athens,Greece, Derveniotis personally witnessed the detoriation of his country. Through his comics, he visualizes what the impact of years of political struggle, forced budget cuts, austerity, and political fiascoes has had on the country, her citizens, and (potentially) the European Union as a whole. For the journalistic cartoon series Meanwhile in Greece, Derveniotis will cooperate with Cartoon Movement, the online platform for journalistic cartooning.

The first episode focusses on the elections of 20 September 2015. How has the Greek political landscape changed after years of economic crisis? How have political opinions changed among the young and old; among the rich and poor; on the left and right wings?  What will the post-election political landscape look like? The players, the agendas, the politricks, all explored first hand and in real time.

This project will be fully financed by crowdfunding. Every contributor will receive an episode of the comic, once completed, by email. Intrigued? Curious about the rest of the story? Support the next episode too! Contributing, then, is basically like walking into a comicbook store to purchase the next episode of your favourite comic. 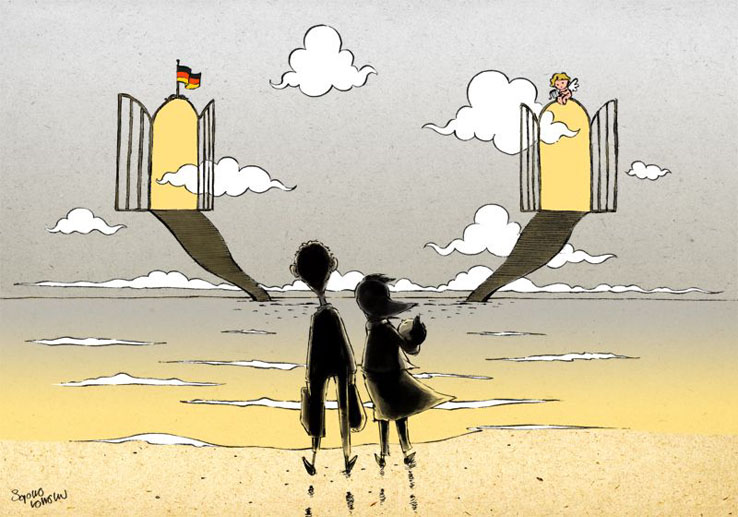 Salman Taheri is a cartoonist and illustrator from Iran. Although he studied civil engineering, his passion for drawing lead him to be a cartoonist, and he started publishing in the press in 1999.