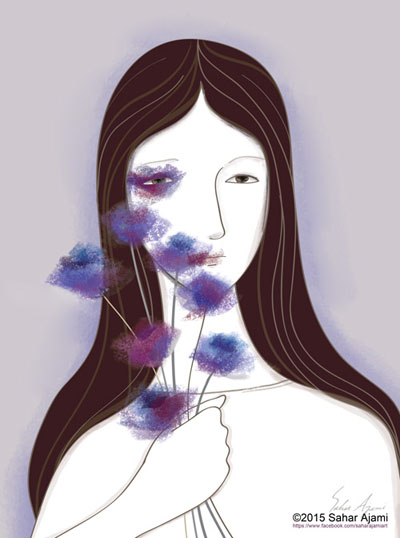 Sahar Ajami is an Oslo based Iranian artist. She started her profession when she was a student, after she won several prizes in cartoon festivals. Sahar has worked on projects ranging from text books to award-winning cartoons and illustrations. Her works have been included in over 20 books and a wide variety of illustration, cartoon and and art catalogs. Currently She is working on a series of cartoons focused on women and their issues. To see more of her work, check out her Facebook page. 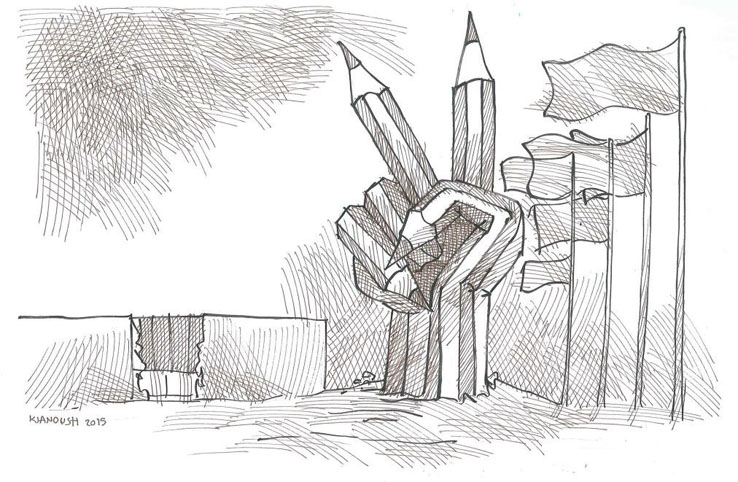 Cartoon Movement is partnering with Le Mémorial de Caen to organize the 5th International Meeting of Press Cartoonists. In February, it looked as though the meeting might not happen this year. Security risks forced the Memorial to rethink the event. Last month, we traveled to Caen to discuss a new date and this year’s programme together with the Memorial.

The date and theme of this year’s meeting were revealed at a press conference in Caen last Wednesday. The 5th meeting will take place on 11, 12, and 13 September. The overarching theme will be the consequences for cartoonists of the 7th of January, when Charlie Hebdo was attacked. September 11 was chosen as a symbolic starting date, because the 7th of January can in some ways be seen as the 9/11 of cartoonists. On that day, it became irrevocably clear what power simple lines on paper can possess, and what consequences they can have for the people who draw these lines. 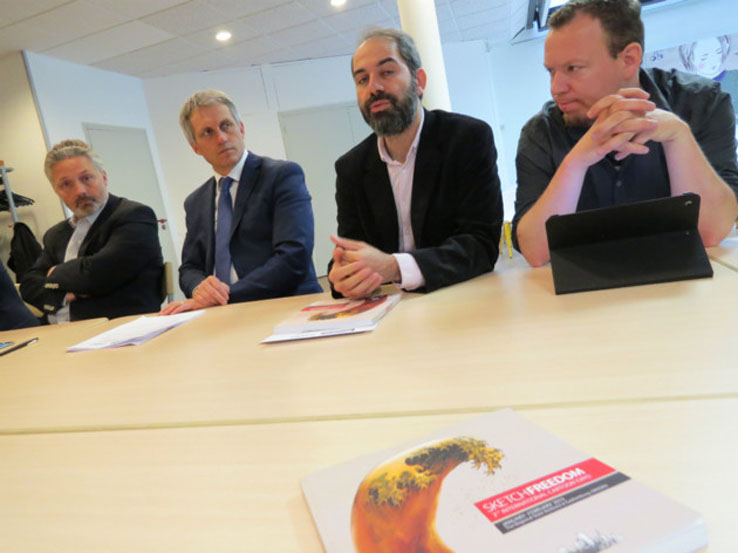 Stéphane Grimaldi, director of the Memorial, Joël Bruneau, the mayor of Caen, and cartoonists Kianoush, Chaunu and Tjeerd Royaards present the program of the 5th cartoonists’ meeting. Image courtesy of Liberté Bonhomme.

The attack on Charlie Hebdo forces cartoonists to rethink their profession and their role in society. To do this, we will bring together 40 cartoonist from all over the globe. And instead of having everybody draw the most offensive cartoon of Mohammed, we’re looking to start a conversation. About whether there are limits to freedom of expression or not. And if the right to insult is essential to cartooning.

Here are the subjects that we will be talking about:

-Does freedom of speech have limits?
-How has cartooning changed since January 7?
-The business side: making a living with cartoons
-Editorial cartoon throughout history.
-Are cartoons a universal language?
-What is a good cartoon?
-Editorial cartoon in school: educational uses, experiences
-Are cartoonists journalists?

The continued threat to cartoonists has forced us to rethink the organization of this year’s event. All activities will take place at the Memorial. The list of attending cartoonists will be made public in the week before the event, not before. And people who are interested in attending will have to register via the website of the Memorial.

Although we sincerely regret that these security measures are necessary, we feel it’s important to keep the conversation on freedom of expression going.

Registration for the event will be possible on the website of the Memorial from the 1st of June. 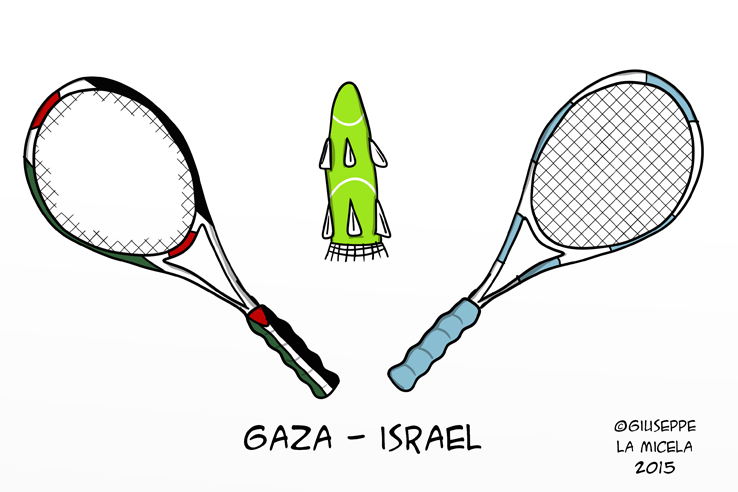 Part of our mission is to support young promising artists with a knack for hard-hitting editorial cartoons. Giuseppe La Micela is a 23-year old Italian cartoonist, and we see a bright future for him. He currently works for several blogs, websites and digital magazines. 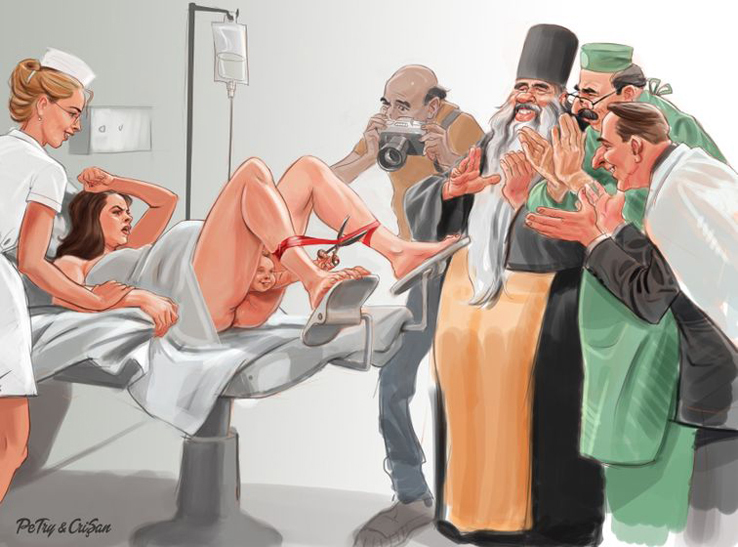 Bogdan Petry and Horia Crisan are two cartoonists from Romania who work together to create stunning digital cartoons. Check out their profile page on Cartoon Movement; you can see even more of their work here.