Malaysian authorities continue to pester Zunar. In their latest attempt to intimidate the renowned cartoonist, the police arrested Zunar on charges of sedition because he posted a tweet criticising the jailing of opposition leader Anwar Ibrahim.

Zunar has drawn many cartoons about Anwar Ibrahim, two of which were published by us. In Zunar’s words, the Anwar case is as follows: 'Former Deputy Prime Minister and charismatic opposition leader, Anwar Ibrahim's popularity is a threat to  the Prime Minister Najib’s political career. Thus the administration concocted the infamous sodomy charge in order to send Anwar to jail even though the fact that the 'sodomy' never took place.' 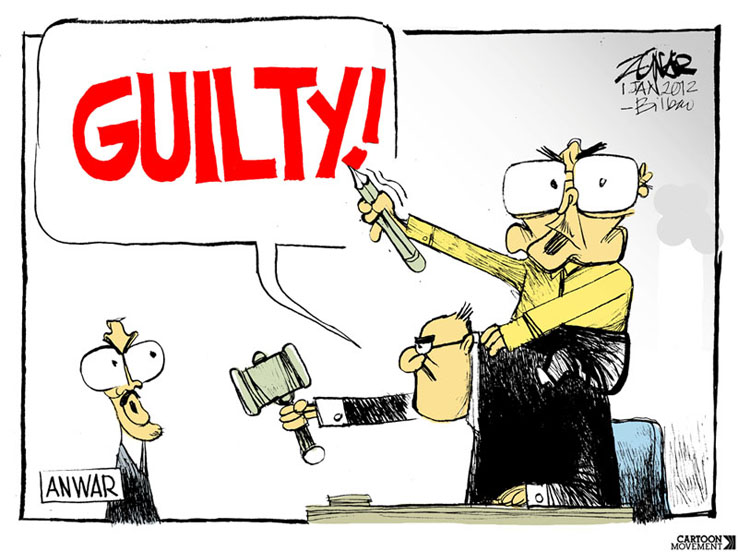 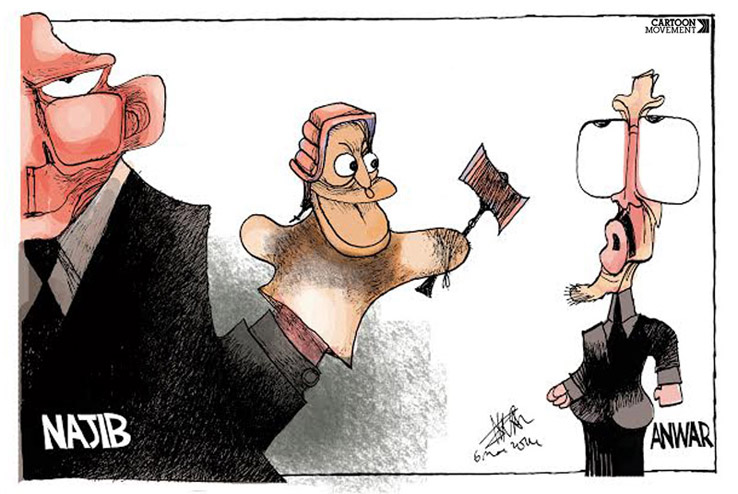 Cartoonists Rights Network International has issued a statement, calling for cartoonists to draw about Zunar's plight to raise international awareness. We hope a lot of cartoonists will pick up their pencils in response.