Cartoonists can't agree who's to blame for the crisis in Ukraine

At their best, political cartoons can explain the most complex situations, and provide clarity by dissecting the news and exposing the inner workings of politics. But cartoons, by their nature, are the opinions of their makers. Instead of providing more clarity, these opinions sometimes only add to the complexity of an issue.

We have cartoonists from both Russia and Ukraine, and, perhaps not surprisingly, their opinions of the situation in eastern Ukraine differ quite a lot. But this debate is not limited to cartoonists from the countries involved in the conflict, and virtually every cartoonist is more or less positioned on one side of the conflict.

The cartoonists' quarrel is aptly summarized by these two cartoons. The orginal was made by Russian cartoonist Sergei Tunin; in response, Ukrainian cartoonist Oleksy Kustovsky made a few small edits to the cartoon and reposted it.

While it is very interesting to follow this visual debate, it does not provide any answers to what’s really going on, and what the true actions and motivations of all the parties involved are. Here are a couple of examples of cartoons that represent the different opinions: 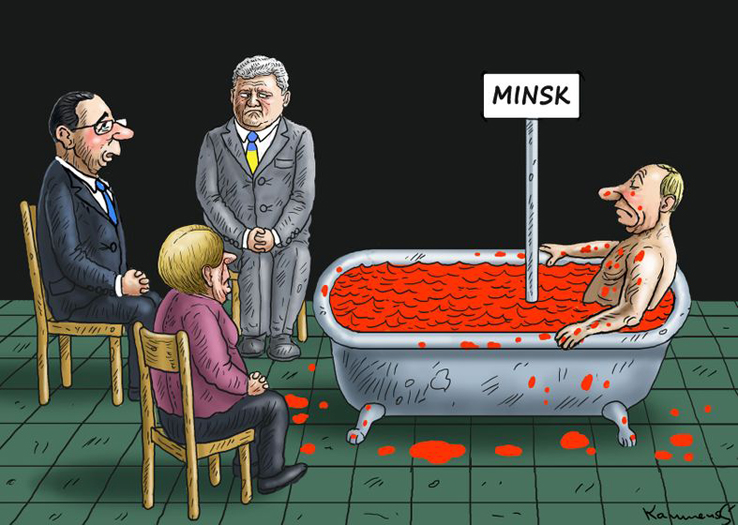 Marian Kamensky from Austria leaves no room for doubt who the bad guys is. 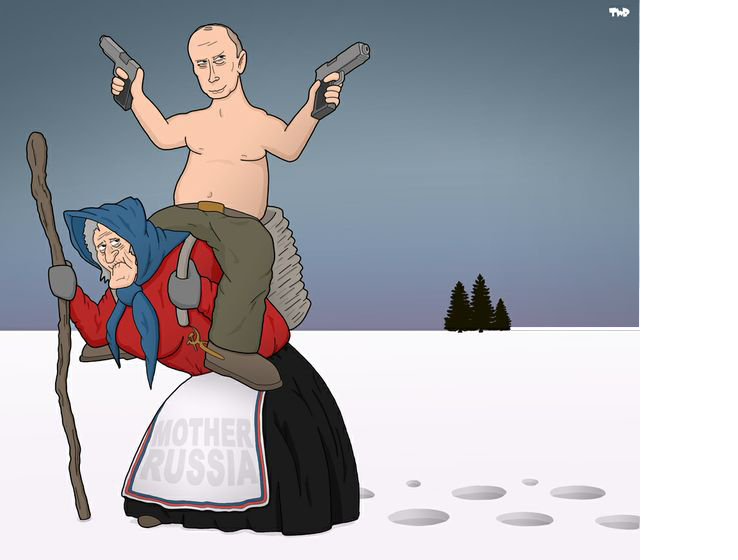 Dutch cartoonist Tjeerd Royaards portrays Putin more as a burden than a leader for Mother Russia. 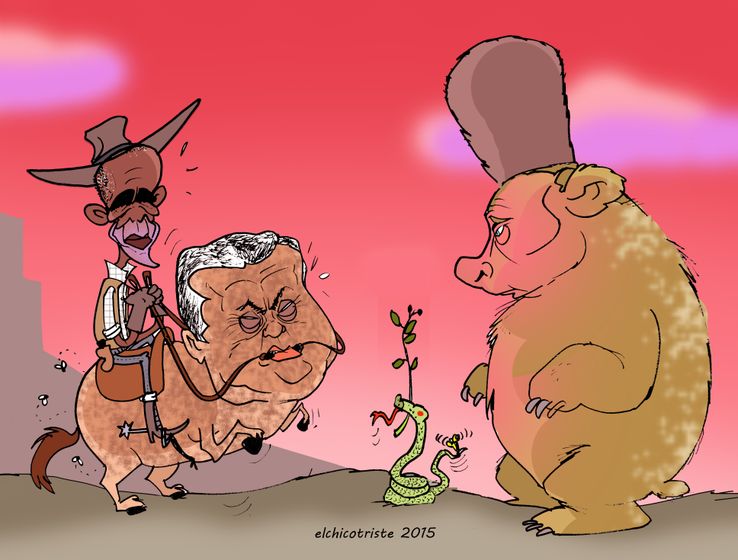 Elchicotriste from Spain sees Ukrainian president Poroshenko as a vehicle for American interests. 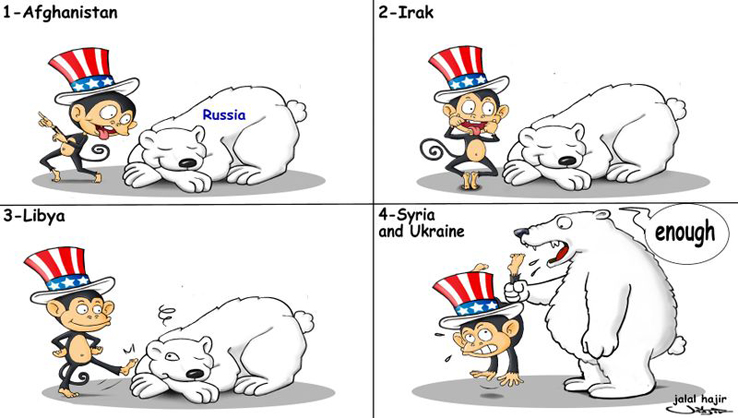 Moroccan artist Jalal Hajir says you can only poke a bear so much before it wakes up. 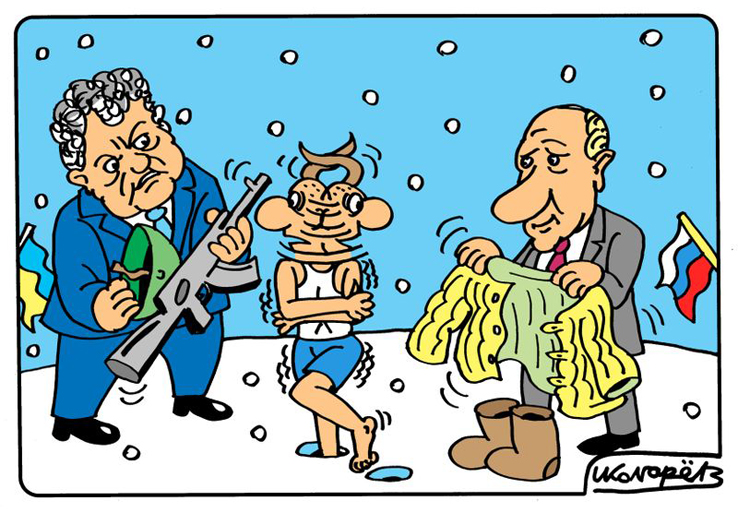 And finally, Russian cartoonist Igor Kolgarev states it's an easy choice for Ukrainians for conscription or accession.

One thing is clear: political cartoons will not provide the answer to this crisis. For more cartoons on Ukraine, check out our collection or visit our newsroom.