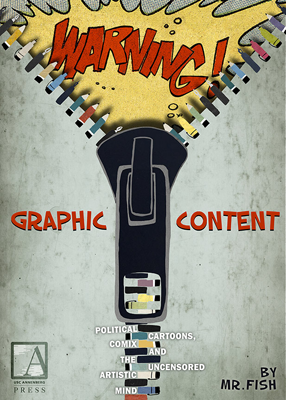 The attack on the headquarters of Charlie Hebdo showed the world once again how powerful cartoons are, and how dangerous. Mainstream media have been wary to publish the controversial cartoons that ran in Charlie Hebdo, out of fear of reprisals.

There is perhaps no better time to write a review of Warning: Graphic Content, an e-book written by US cartoonist Mr. Fish (aka Dwayne Booth). Mr Fish is an artist that is familiar with controversy. Warning deals with the power of (controversial) cartoons. In his book, he describes cartoonists as as '...a pest tasked with the mosquito-like responsibility of disrupting complacency...'.

Some say the profession of political cartoonist is in decline; I am not sure I agree with that statement, but the profession is in a state of transition. Where this transition will take us, we don't  know yet. In 2010, US cartoonist Daryl Cagle wrote a piece giving tips to cartoonists how to better sell their work. Sadly, this article is no longer online, but an excerpt is available here. In short, Daryl advises cartoonists that the best way to please timid editors is to avoid controversy. He goes on to say that cartoons with celebrities are more popular than cartoons with politicians, and that obituary cartoons are certain to sell well.

If Daryl's perspective is at one end of the spectrum, Mr. Fish's book is on the other. Although certainly not optimistic about the current state of things, Warning explains why controversy and hard-hitting satire are essential components of the political cartoon. 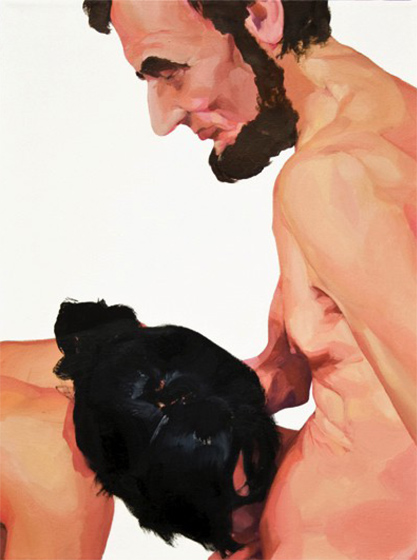 This isn't the first book that's written about the power of cartoons. In 2013, we reviewed Victor Navasky's The Art of Controversy, a review of controversial cartoons through the centuries. But the approach and scope of Warning are novel. Instead of using a chronological order, the author jumps back and forth through time. This approach is not only refreshing, it also allows the author more freedom to compare cartoons and artworks from different time periods. Mr Fish has also broadened the scope by broadening the definition of what he considers to be a political cartoon. His selection includes paintings, sculptures, poetry and even performance art.

Cartoons have, since their inception, been considered a form of 'low art' (if they were considered art at all), but in my opinion Mr. Fish is quite correct to put them on par with other art that makes a social statement. What the book succeeds in doing is to make us reflect on the nature of art, and the role of art in society. Mr. Fish focuses on the ability of art to upset the status quo, to mobilize people and to inspire change.

In a way, Warning is a guided tour through a museum full of unexpected surprises, its pages filled with art you had not seen before, and familiar art seen in a new light. Structured like a play with different acts, the book is interspersed with conversations with people such as Noam Chomsky and Art Spiegelman. 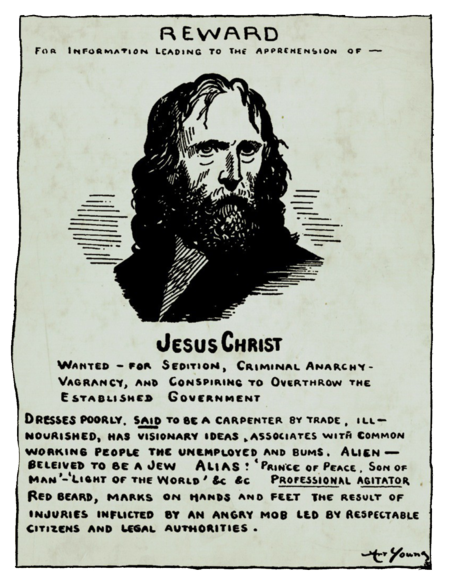 It's not an easy book. In addition to the complex subject matter, the tendency of the author to use sentences that are a paragraph long can leave you feel exhausted after reading a few pages. The way the book is structured is novel, but it does hinder the construction of a clear argument. Mr. Fish's main point is that good social art should inspire people to take action. He often refers to the underground comix scene of the 1960s and 1970s with a certain nostalgia, but I would like to have seen more on his perspective on where social art is headed and where it should be headed. Because the book lacks a structured argument and a conclusion it indeed feels like the thoughts of the uncensored mind jotted down on paper. But sometimes, a little (self-)censorship might not be such a bad thing.

The critique above notwithstanding, the book is a worthy effort and certainly worthy of reading by anyone with a keen interest in art and society. There are not that many books that focus on political cartoons, and even less that do this as eloquently as Warning. Plus, you'll find out why New Yorker cartoon suck.

(Author's note: I've illustrated this review with some of the art that's featured in Warning. To find out why these are significant, I recommend you buy the book.)