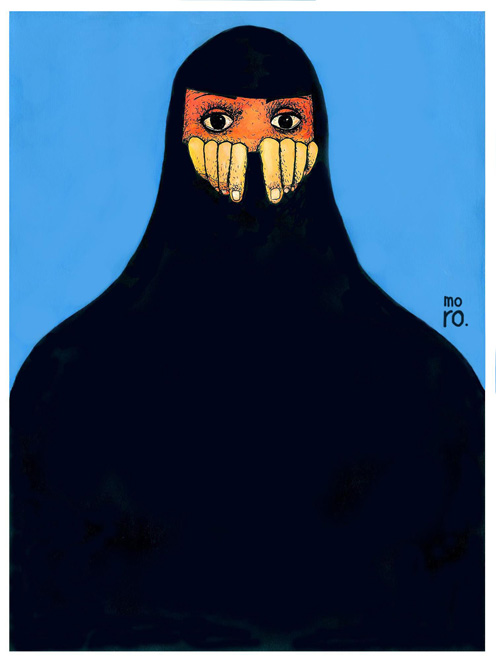 We're very pleased to welcome Michel Moro Gómez (MORO), yet another cartoonist from Cuba, to Cartoon Movement. Although our world outlook might slant slightly with so many Cubans in our midst, there is just no denying they make excellent cartoons.

As the days are getting shorter and colder (in our part of the world), we have some new comics lined up between now and Christmas. Time for a short overview:

Still to come are chapter 4 and 5 of our comic A Century of Silent Helpers. Chapter 4  looks at the rise of state funded development aid  in the Netherlands between 1970 and 2010.  In this period, the government became the biggest funder of Dutch development aid. 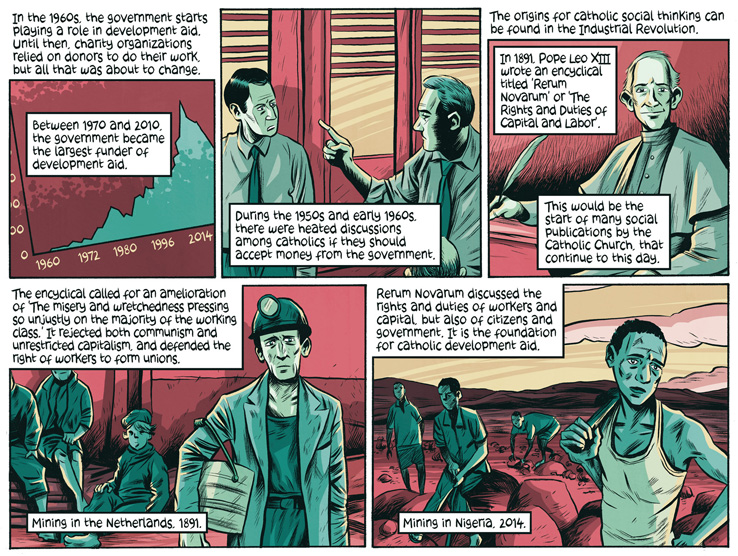 The first page of chapter 4: 'The Heyday of Helping'

The financial and economic crisis, government budget constraints and changing public opinion put an end to all that. NGOs are forced to look elsewhere to ensure their financial future. Chapter 5 is about the future of helping. We ask a number of experts how they see the future of development aid. 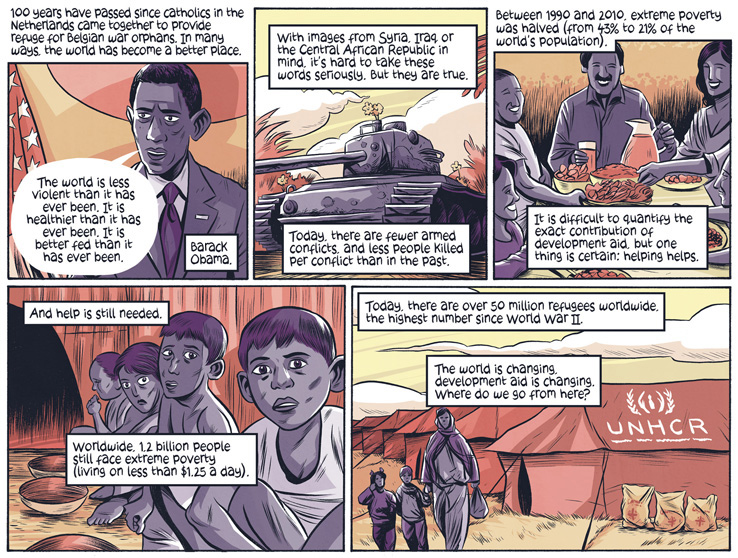 The first page of chapter 5: 'The Future of Helping'

Another project we're working on is  a series of comics on post-election violence in Kenya and Ivory Coast for the new platform Justice Hub. The series will tell personal stories of people affected by the violence. We currently have two comic of about five pages each in production.

The first is an account of Amadou Tall from Ivory Coast, who was beaten severely by government soldiers  in 2010 because they suspected him of being a youth leader responsible for organizing protests against the election results. This comic is drawn by an artist from Ivory Coast, Roland Polman. 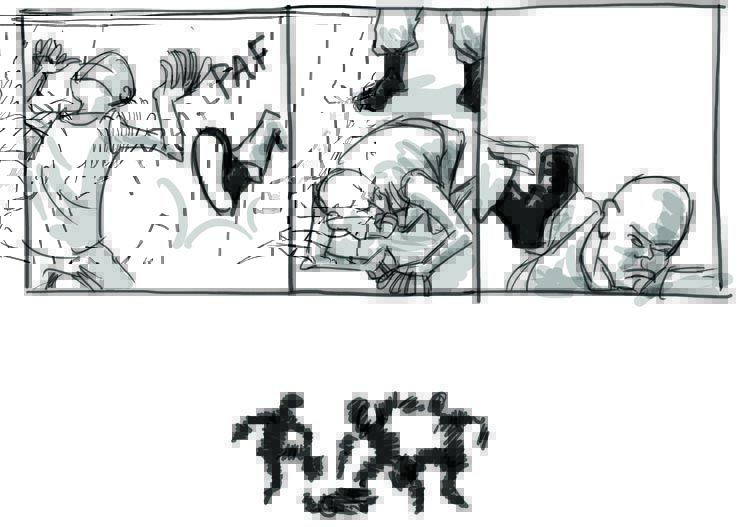 Fragment from the storyboard created by Roland Polman.

The second comic we're maing is by Victor Ndula (who already has published two comics with us). It is the sad story of a young girl that got raped in the turmoil that followed elections in Kenya in 2007. The rape resulted in a pregnancy. When she looks at her now six-year-old daughter she can feel only hatred.

Fragment from the draft comic created by Victor Ndula.

All these comics will be interactive, including (custom-made) videos, links and other resources that will provide detailed context and background to these stories.

For 2015, we're planning the production of a longer comic for the London School of Economics, on witch hunting in Africa. This is still a huge problem. To give an example, a United Nations study of prisons found in recent years that more than half of the people being held in prisons in the Central African Republic had been accused of witchcraft. We will keep you posted on the progress. 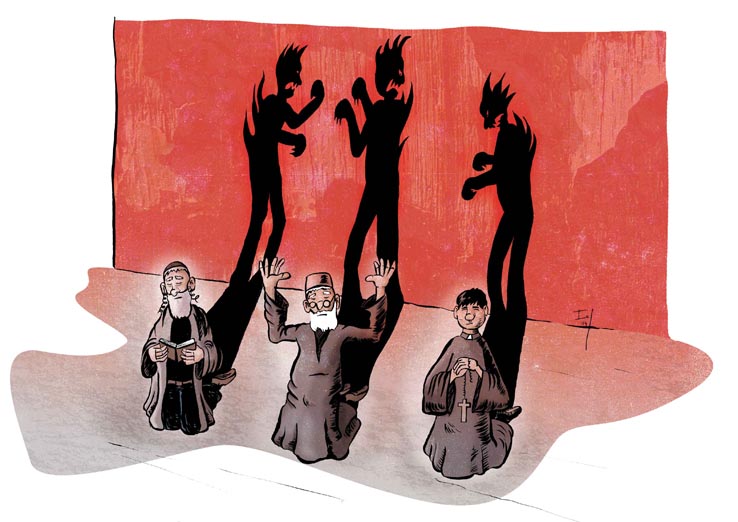 Yves De Ridder is an illustrator and graphic designer from Antwerp, Belgium. Check out his website to see more of his work. 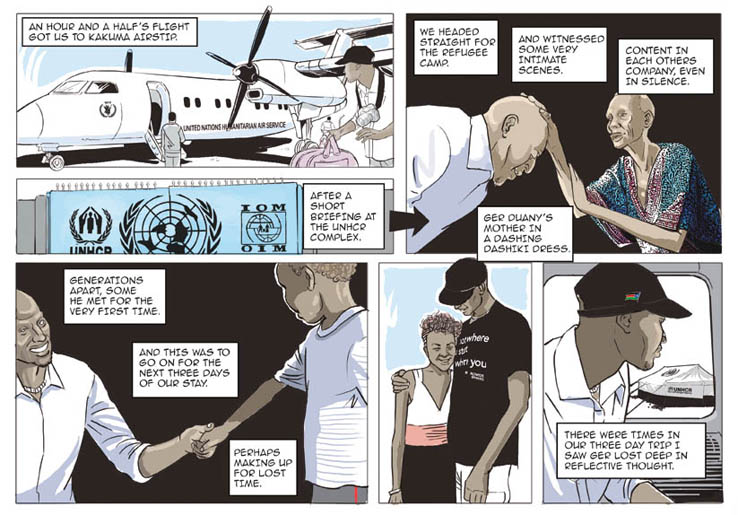 In August, Kenyan cartoonist Victor Ndula traveled to Kakuma Refugee Camp in a team under the auspices of the UNHCR. Among them, Ger Duany, a former refugee who became a successful actor in America. He returns to the camp to visit family.

This week we publish his 14-page interactive graphic journalism report telling Ger's story, and also the stories of other refugees living in the camp.