Cartoon Movement will be taking a summer break until August 11. During this time, the newsroom will remain open, but  no new cartoons will be published on our homepage. In August we'll be back with cartoons, comics and more! 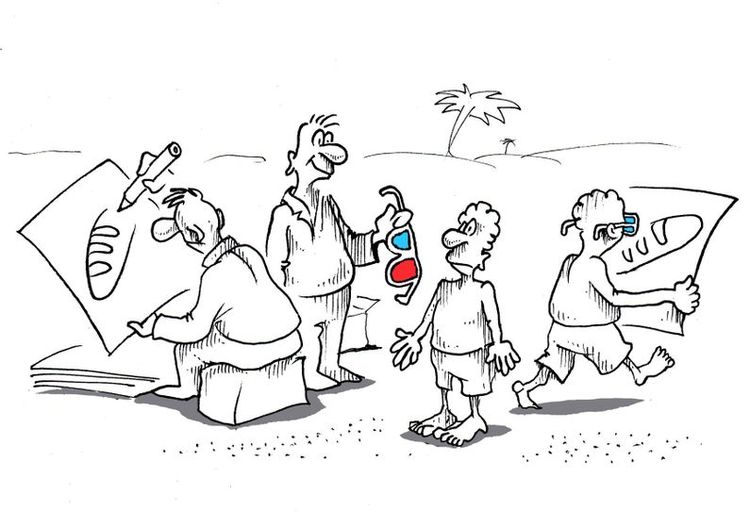 Sergii Fedko is a cartoonist from Ukraine. Sergii works as an architect in Kiev; in addition he makes cartoons for newspaper and magazines. 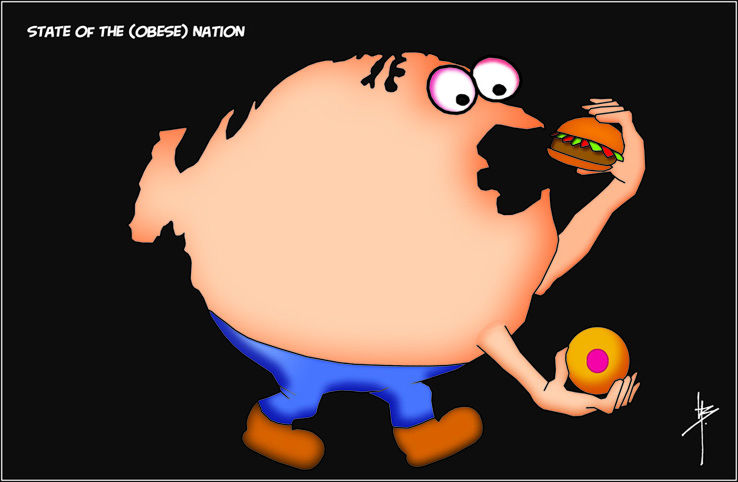 Steve Bonelllo is a freelance cartoonist and illustrator based on the island of Malta. Since 1991, he contributes a weekly cartoon to Maltese newspaper the Sunday Times. You can see more of his work on his website.

My thoughts on cartoons and plagiarism - by Tjeerd Royaards

I wouldn't like to be accused of plagiarism, nor would any cartoonist I know. Making cartoons means taking pride in thinking up and then creating original content. That said, it's happened more than once that my cartoon closely resembled the work of a colleague cartoonist. That's not really all that surprising, given we all tend to focus on the same events, and we all tend to use the same visual toolbox. Here's an example of a while back, when I did a cartoon about the violence in Israel, replacing the star of David with smoke trails left by bullets. Some time later I saw a cartoon by Dutch cartoonist Ruben L. Oppenheimer, who did a similar cartoon with rockets (and he was first).

In these cases, I tend to send an email to the artist, share a laugh about how our mind apparently work in similar ways, and move on to my next cartoon. But not everyone agrees that most of these cases are just coincidences. Many cartoon sites, especially in the Middle East (Tabrizcartoon, Irancartoon, Syriacartoon) devote a lot of time an attention to pointing out similarities in cartoons, especially cartoons that win awards in one of the numerous cartoon competitions that take place around the world. There is even a magazine devoted to it called Similarities (although the last issue came out in 2011). The question they pose is always the same: is it just a coincidence, or is the cartoonist in question is guilty of plagiarism? The tone of the posts often tends towards the latter. Here are some examples: 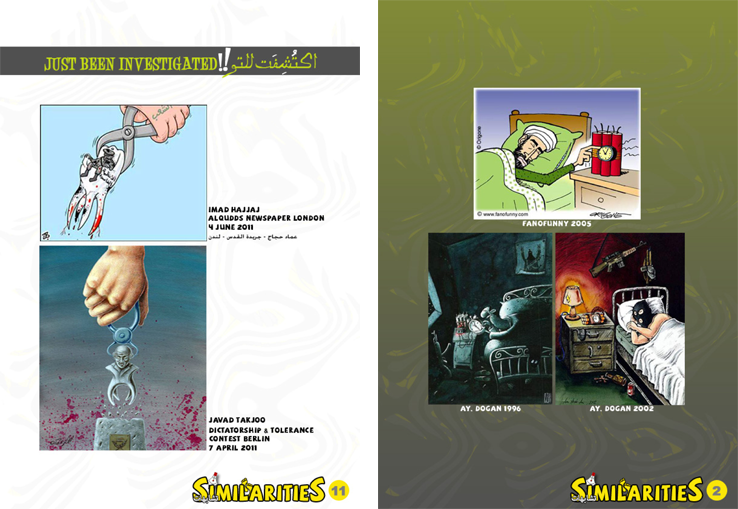 Two pages from an issue of the magazine 'Similarities', available in PDF here.

A couple of days ago, a Turkish cartoonist asked me to sign a petition on Change.org. In it cartoonists call for a change in the rules of the Aydin Dogan International Cartoon Competition, a major Turkish cartoon competition. They want to add a period of 7-15 days between the selection of the finalists and deciding on the works that will receive the awards. In this period the finalists' works should be published online, and open to scrutiny by the public. Basically, to gauge whether they are original or not.

The intent of the petition might be good (petitioners say such a change will prevent any future unclarity or controversy about the originality of award-winning cartoon), but after due consideration, I have decided I will not sign. In my view, it will create a dynamic that assumes cartoonists, when unchecked, will plagiarize. My work as editor of Cartoon Movement allows me to work with an meet many international artists. I have not met a single one that I would think capable of willfully plagiarizing the work of another cartoonist. They all take great pride in their work, and so they should. Becoming a good cartoonist isn't easy, and I think it's fair to say to none of us are in it for the money.

The request to sign the petition did trigger me to write this post. I would also very much welcome the thoughts of others (cartoonists and non-cartoonists) on this matter. Are cartoonists plagiarizing to an extent that justifies taking action, or should we just accept that coincidences happen, laugh about it, and create more cartoons? 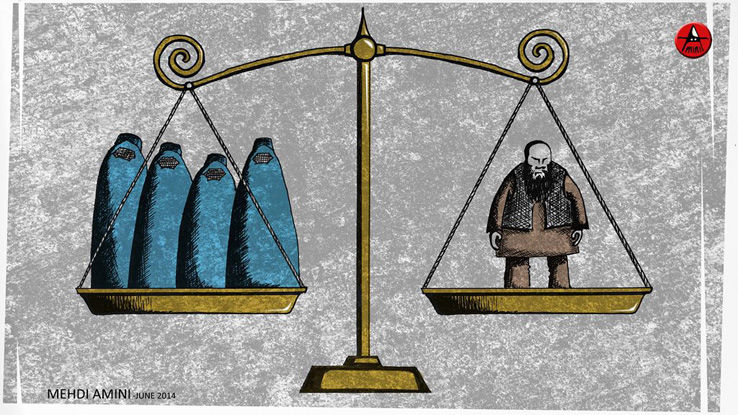 We're delighted to welcome the first cartoonist from Afghanistan to our community. Mehdi Amini is a 31-year old political cartoonist from Kabul. His work is considered too extreme in a country where freedoms are increasingly restricted and the Taliban has renewed control in some regions, so we are very happy to be able to provide platform for his cartoons.