Where Comics Are Treated as Art (and Rightly So)

This weekend I had the pleasure of attending the Fumetto International Comix Festival in Lucerne, Switzerland. Fumetto has been around for 23 years, and has established itself as one of the leading comics events in Europe. It was the first time I was there, and I must say that I was impressed. In all honesty, it is the best and most professional event focused on comics I have visited so far (and I have been to quite a few in the past several years). 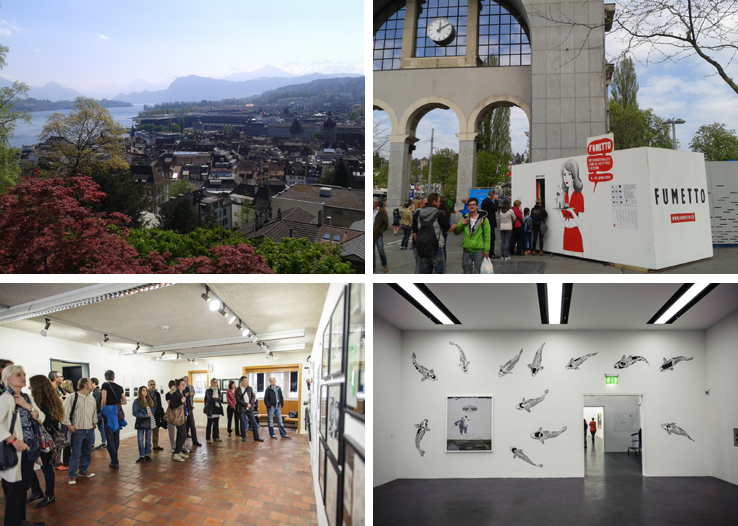 What I was most impressed by was the way comics were presented as a serious form of art. Comic events in the Netherlands tend to focus on collectors markets; stalls with lots of boxes filled with old (mostly children's) comics. There is some attention for adult graphic novels, but barely any for non-fiction comics or comics journalism. There is nothing intrinsically wrong with these types of events, but they do perpetuate the image of comics as something for children and geeks, not to be taken seriously if you're a normal adult member of society.

The great thing about Fumetto is that it focuses on exhibitions. Throughout Lucerne various comics artists from multiple countries display their work. One of the highlights for me was the work of Danish artist Kellie Strøm, who has the best skill with a fineliner I have ever seen:

Another exhibition that stood out was Motion Comics, which showcased a number of comics that use the possibilities of the digital realm to create a different user experience. Our Dutch colleagues from Submarine showcased 'The Art of Pho', a motion comic based on a graphic novel by Julian Hanshaw. Other interactive comics on display here were CIA: Operation Ajax and NAWLS. All great examples of what's possible, and a definite inspiration for our future comics journalism productions.

I was invited to be in a panel about comics reporting, and the question whether or not this form of reporting is actually journalism. Other panel members included comics artist Olivier Kugler, who works for the Guarian and Medecins Sans Frontières (among others), the editor-in-chief of Swiss magazine Reportagen, and a documentary photographer.  Probably not surprisingly, In my opinion cartoons and comics journalism are both form of art and journalism. The panel was quite unanimous, and the audience agreed as well, in that comics can indeed be journalism. The core of good journalism is telling a compelling story, and you can tell that story with words, video, photos or indeed drawings. 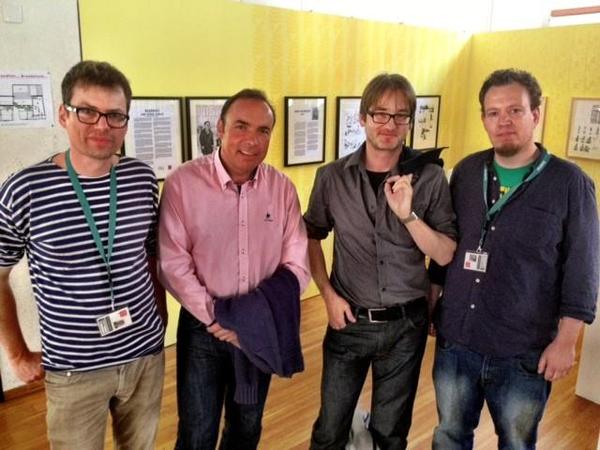 Chances are I will become a regular visitor of Fumetto. We need to have more of these kinds of events to show a broader audience the potential of cartoons and comics. For a more comprehensive photo impression of the festival, check out Fumetto's Facebook page.