We've started a new project for Cordaid, one of the largest development organizations in the Netherlands. Cordaid has a network of 634 partner organizations in more than thirty countries in Africa, Asia, the Middle East and Latin America.

On February 6, Cordaid launched a new platform to celebrate their 100th birthday by sharing the stories of silent helpers. Silent helpers are people who move mountains, just because they are needed. They do this without asking for reward or recognition. They get their satisfaction from the fact that they make a difference. Cartoon Movement is contributing to this new platform with cartoons; not only cartoons that are meant as a tribute to silent helpers, but also with cartoons that ask questions about the nature of helping, and on how society deals with groups of people that might need our help, such as the disabled and immigrants. You can check out all the newsroom (and all the cartoons that have come in) here:

The best cartoons are published on ditwilikmetjedelen.nl

In addition to the cartoons, we've also been asked to do a comic about the history of helping. Cordaid's history starts in the First World War. The brutalities of war left many Belgian children orphaned, and these children found refuge in the Netherlands. 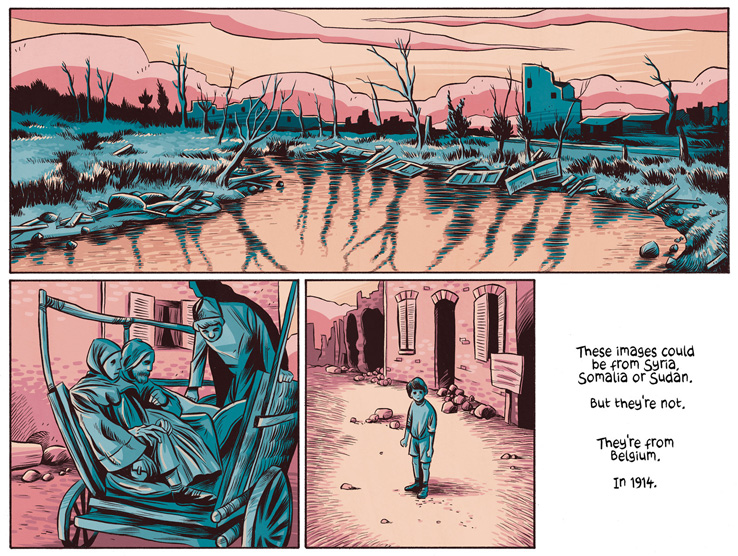 In close to 50 pages, the comic tells the story of silent helpers in different periods in history. Their stories show that helping is something not bound to time and place, but bound to our humanity. The comic shows the past, present and future of helping. In each period, we see that helping is about making connections. These connections give meaning to our own life, and that of others. The comic is written by CM editor Tjeerd Royaards, and is drawn by Tom Humberstone; it will be published online chapter by chapter in the coming months.