Press Cartoon Europe, an international contest that awards the best cartoon published in any European country, announced the winners yesterday. We're very proud that the awarded cartoons are all made by cartoonists who contribute to Cartoon Movement. The Grand Prix went to Portuguese cartoonist Rodrigo de Matos, for a cartoon on the Portuguese passion for football. 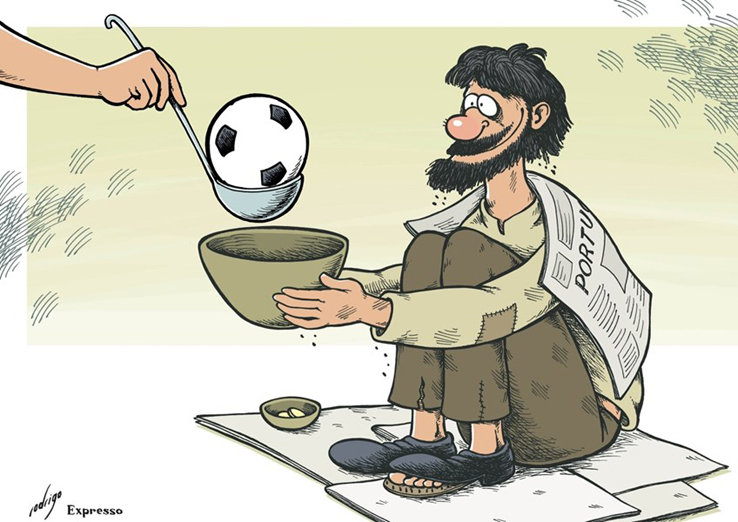 Among the austerity measures, the people in Portugal found a reason to smile: the national football team qualified for the 2014 World Cup in Brazil.

'The PCE Grand Prix is probably the most important award for cartoonists who publish in European media. It’s the first time I’m selected for the final round and winning the main prize for me is almost unbelievable. This is my first big award and I achieved it with a lot of work and dedication, in the eighth year of my career as a profession.', Rodrigo told his newspaper The Macau Daily Times.

The second prize went to CM editor Tjeerd Royaards, for a cartoon (published on Cartoon Movement in October 2013) on the death of over 500 immigrants, who drowned near Lampedusa in an attempt to reach Europe. Third prize went to another Dutch cartoonist, Hajo de Reijger, with a cartoon on intervention in Syria. 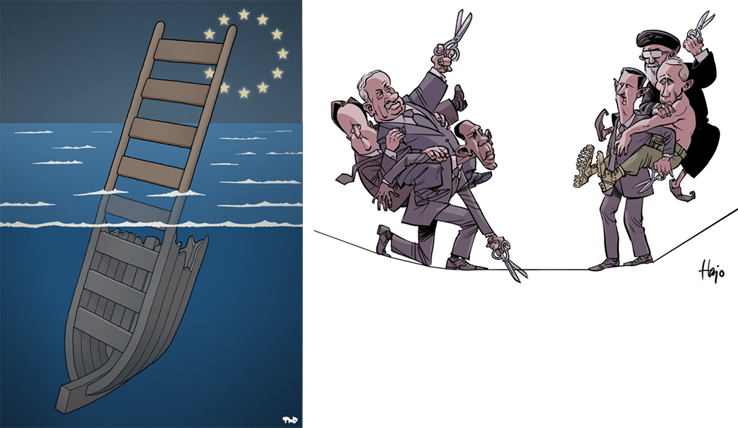