'The First Thing to Explode in the Arab Spring was Art' 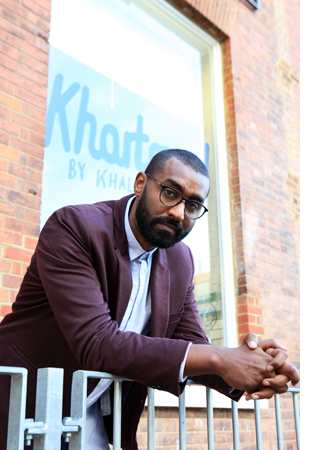 Khalid Albaih is Sudanese, but has been living in Qatar since he was 10 year old. His work, that focuses mainly on the Arab World and Sudan has become immensely popular in the last two years. His Facebook page Khartoon! (a play on cartoon and Khartoum, the capital of Sudan) has accumulated close to 60,000 fans, he was featured by the BBC and the New York Times, and had a solo exhibition of his work in London in September of this year. While in Doha, we visited with him to talk about his work and outlook on the region.

Your style is quite distinctive, can you tell us something about it?

'Most of my work is online, and a lot of people view it on their phone or tablet, so you want something that's stands out, something very simple. Really clean, not a lot of color. The good thing of working with social media is that you know your fans. My audience is young, about 14 to 30 years old. They involved in pop culture, fashion, and whatever is going on right now. With my work, I try to connect with them, creating something clean and simple, that can be worn on a t-shirt.'

Is this style something that evolved over time?

'My background is interior design, and that's probably where my love for simple clean design comes from. I try to blend cartoons and art. My images should be beautiful to look at, even if the person doesn't know what the cartoon is about. This blending also involves doing other things. Right now, I'm not only doing cartoons, but also installations and comics. But it always has a political or social dimension.'

You draw a lot about Sudan.Why is this your favorite subject?

'To me, the government in Sudan is ridiculous. I mean, the decisions that they make, they don't seem to even think about it. I think they live 40 years ago. It's sad, really. And for me, that's funny, because the whole world is laughing at them. They're spending millions of dollars on security, spending 70% of the budget on military. That's insane. In the meantime, a large part of the Sudanese people is starving. Why would you spend money on planes and bombs, and not buy bread for your people? So every time I read the news on Sudan, there's so much material for cartoons. ' Do you do any cartoons about Qatar, about politics here?

'Not so much. Part of the reason is that, although I have been living here since I was 10 years old, I am a refugee here. But I am also quite proud of what Qatar has achieved in the last decade. When I was a kid, nobody knew about Qatar, and now, if you mention you live in Qatar, everybody knows it, mostly in a positive way. Al Jazeera is based here, and the Qatar Foundation has worldwide recognition for its activities.

I try to keep away from Qatari politics in my work, because I don't want to be viewed as a cartoonist that has to suck up to the government, because I live here. Or, alternatively, that I'm playing against them, because as a cartoonist I have to stand up to their policies.'

How do you feel about the negative side of Qatar, the World Cup workers' conditions, the lack of democracy?

'Qatar is a country where everybody is making money and doing well. Qatari citizens have entitlements to the extent that you would not believe (Editor's note: Qatari citizens receive free schooling and healthcare, and higher income and benefits compared to non-Qatari workers). And they love their country, and their government, for it. So their question is: why do we need democracy? Of course, we know the truth; around the edges, horrible stuff is going on. I think a consequence of a welfare state like in Qatar is that, unless something happens to you directly , there is no common ground or need to acknowledge or appreciate the value of human rights or free speech.

That said, because of the government investment in education, the younger generation is getting educated. As a result, their mindset is changing, and these values will gain in importance in the future.' How about local Qatari cartoonists, are they doing a good job?

'I think in general Qatari artists are doing well for themselves. I work at the Qatar Museums Authority, and a lot of the exhibitions that we do feature art that challenge the society, that ask a lot of questions. So we have challenging artists in a conservative society, and I think that's important. And this goes for cartoonists too; they're asking questions.'

How do you feel about the role of cartoons in the Arab world in general, since the outbreak of the Arab Spring?

'With the outbreak of popular uprisings throughout the Arab world, visual culture, whether it be cartoons, graffiti or other types of art, have definitely gained momentum. Before, everybody was kept in boxes; the Arab Spring unleashed a flood of creativity. The first thing that exploded with the Arab Spring was art. Graffiti artists took to the streets and basically covered up all the the walls; this is how frustrated they were. When we grew up, drawing or writing about politics was a nightmare, not just for you, but for your family, because anything could happen. So we were told to stay away from politics as far as possible.

I think, in it's essence, the Arab Spring is the fight for freedom of our generation. When the revolution started, everybody just took to the streets, and artists poured their feelings and frustrations into their art and cartoons. The West was of course looking at the region, and the cartoonists were the stars of the region, of the revolution.

The Arab Spring is history in the making, and cartoonists in the region are the chroniclers of that history and of the feelings of the people. It is our time.' 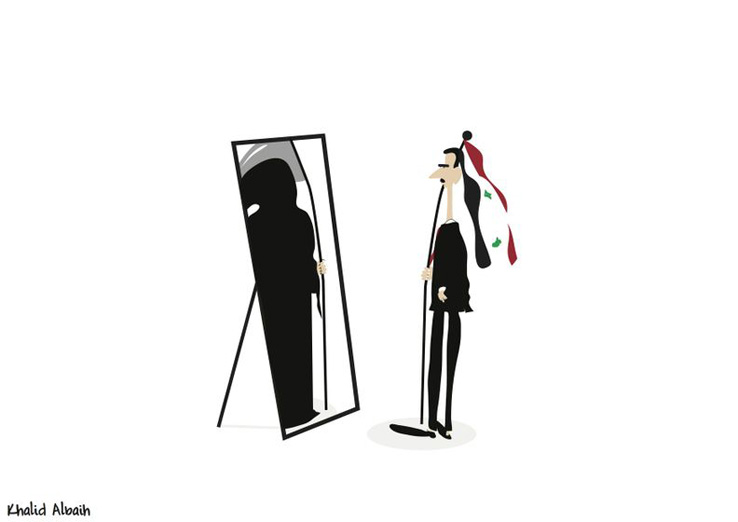 For countries such as Egypt, Tunisia and Libya, the transition to democracy is proving difficult. Are you optimistic about the future of the region?

'I am. I read somewhere that after the French Revolution it took 70 years for the country to settle down, to become the mother of democracy. When you think about it, the Arab region has suffered repressive regimes for 100 years, longer in some cases. We're not used to freedom, we don't know what freedom is. We never had freedom. If anybody in this region says 'I had freedom', he's lying. So, for us, this is just the start. We're just starting to know what we can and can't do. I think the future is looking positive. I mean, just look at what happened in Egypt: they didn't like the situation, and they changed it. After all these years of oppression, things are not just going to settle down.'

So, do you have any idea what the end result will be?

'The problem is that the West is looking at this region and saying 'if they don't do this, then they won't have freedom', basically imposing their own concept of how democracy should work. Looking at what is going on right now, I think this region will come up with something that suits it. Maybe it will not resemble what we think of as democracy now, but the idea of democracy is also evolving. In 70 years, the concept of democracy will be different that it is now. But I am definitely optimistic that we will come up with something, because we broke the wall. And people are dying right now to prevent that wall from being built up again.'