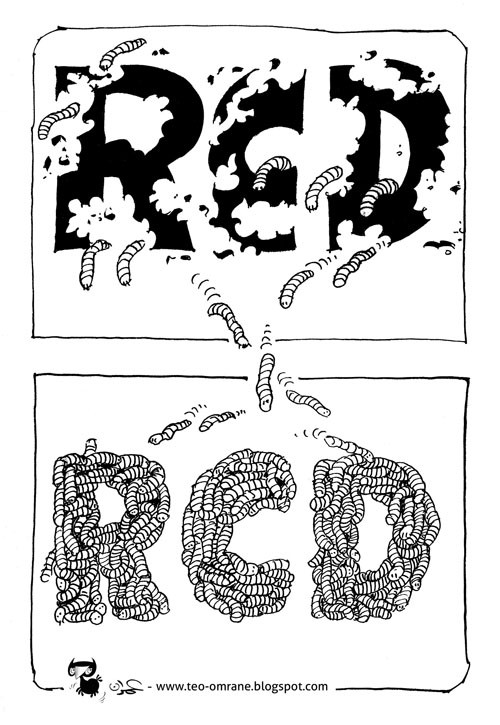 Metamorphosis - RCD (Ben Ali's political party) was dissolved in 2011 after the revolution, but is working on a comeback.

Tawfiq Omrane is a cartoonist from Tunisa: 'I started drawing for the press in the early 80s in various Tunisian independent and opposition newspapers: Le Phare, Arraï, Al Wehda, Al Mostaqbel. All these newspapers are gone now! This is not strange because the 80s are the last decade of Bourguiba government and the coup of Ben Ali (1987) which forced the journals of opinion to close. Like many, I changed my job to guide me to the cultural and commercial edition in 2003 by creating my own publishing house (Editions Alfiniq).

I returned to cartooning in April 2011 (after the revolution). Since then, my drawings appear regularly in the website of Kalima Radio and weekly newspaper Sawt Echaab, organ of Tunisian Workers' Party. In 2013, I began working with the European website The Dissident and the French monthly newspaper CQFD.'